NENT Group's acquisition of sports rights in Poland and the Netherlands could help make its OTT service Viaplay the largest European SVOD platform outside Russia in terms of subscriptions, according to a new report from Ampere Analysis. 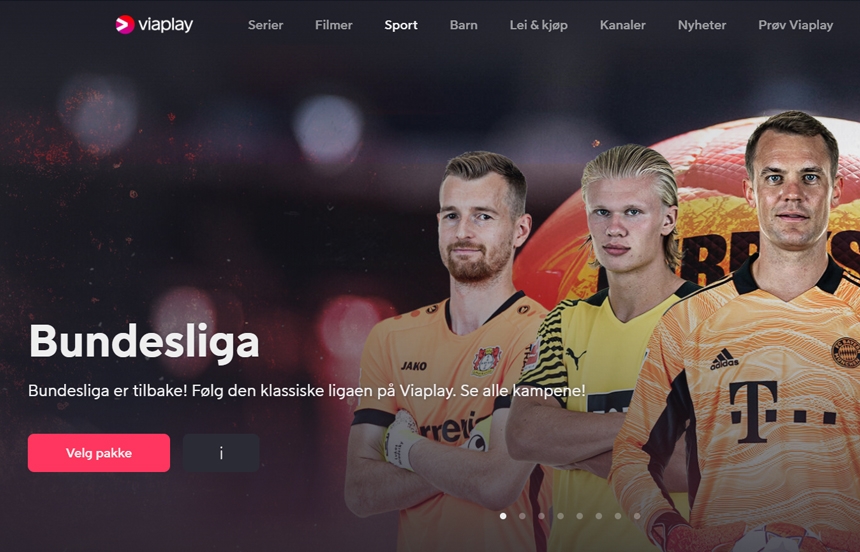 Nordic Entertainment Group's acquisition of sports rights within its two newest markets – Poland and the Netherlands – could help make its OTT service Viaplay the largest European subscription video on demand platform outside Russia in terms of subscriptions, according to a new report from Ampere Analysis.

NENT Group has expanded its presence in Europe by launching in Poland in August of this year, with plans to enter the Netherlands in the first quarter of 2022. The group has committed to long-term rights agreements with major sports bodies across multiple territories including these new markets, which will allow Viaplay to offer the English Premier League between 2022 and 2028 and the Bundesliga between 2021 and 2029. Formula 1 is also available to Viaplay subscribers in both new markets, while in Poland the streaming service will offer the NHL and Europa League as well. 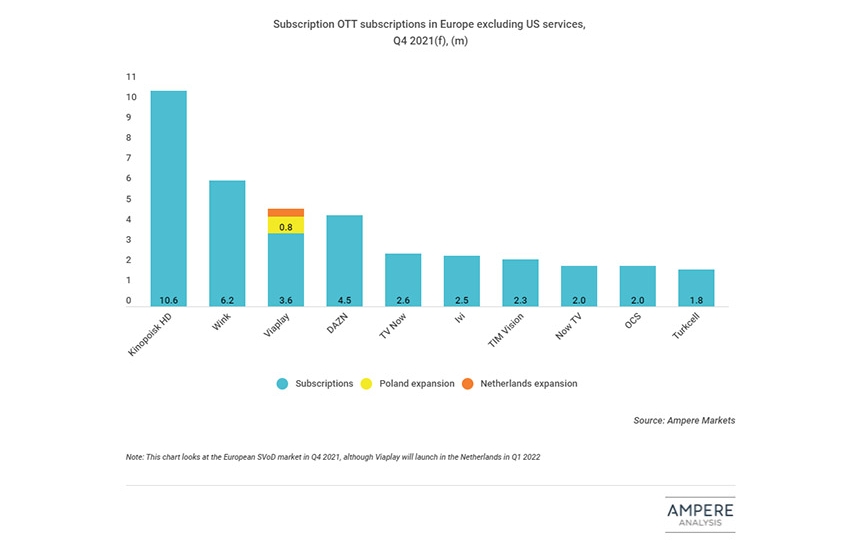 Viaplay’s new competitions in the Netherlands and Poland are some of the most popular sports events in these markets. The Premier League and Formula 1 rank third and fourth respectively in terms of consumer willingness to pay in the Netherlands, according to Ampere’s Q1 2021 consumer survey. In Poland, the Bundesliga, Premier League and the Europa League rank second, third and fourth.

Given this, as well as the relative size of each market and the current uptake of subscription OTT platforms, Ampere estimates that, with these rights deals, Viaplay could attract around 770.000 subscriptions in Poland and 440.000 in the Netherlands. Adding these 1.2 million subscribers to Viaplay’s forecast subscriber base of 3.6 million at the end of 2021 across its other markets, would leave the service with a total of 4.8 million subscribers, potentially surpassing the total number of DAZN customers in Europe.

“NENT's focus on sport in its new territories has been driven in part by a lack of access to premium US content. Studios such as Disney, NBCU and Warner are all looking to retain the rights to their own titles as they roll out their streaming services, meaning companies such as NENT are unable to strike deals to acquire top-end movies and TV series. But its strategy for Viaplay does highlight how a focus on popular sports rights can drive subscriptions for an OTT platform even in the competitive European streaming market,”  said Daniel Harraghy, Senior Analyst at Ampere Analysis and the author of the report.