1.88 billion people worldwide will use a subscription OTT service at least once per month this year, according to eMarketer. That figure has nearly doubled from just four years ago. 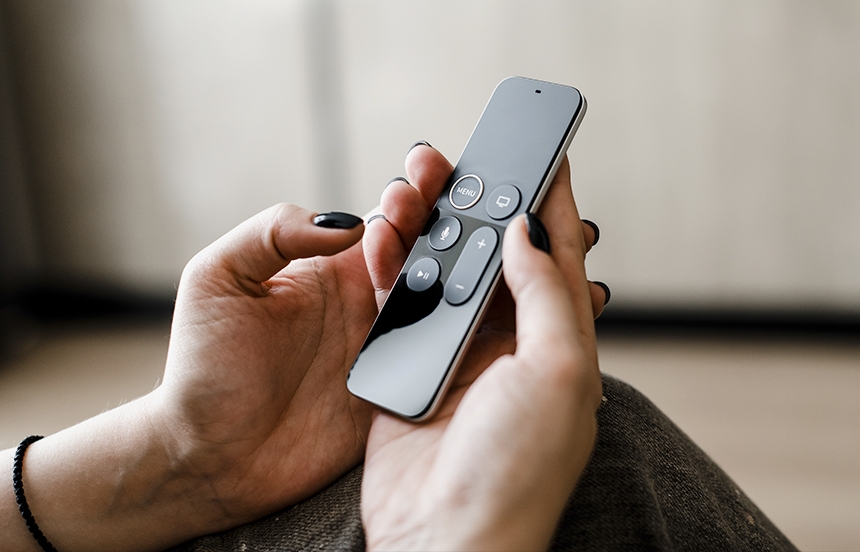 Subscription over-the-top video viewing has become one of the most common digital activities on Earth. In fact, eMarketer forecasts 1.88 billion people worldwide will use a subscription OTT service at least once per month this year. That figure has nearly doubled from just four years ago.

The number of subscription OTT video service users is now akin to the number of YouTube viewers, Facebook users, and total worldwide ecommerce shoppers. Very few digital services or activities draw in multibillions of users, but platforms like Netflix, Disney+, Amazon Prime Video, and a multitude of others, have put the subscription OTT industry at that level.

Despite slowing growth, subscription OTT is still gaining users more quickly than any of the other massively common digital activities eMarketer tracks. According to the research firm, total subscription OTT usership will expand by 9.1% worldwide this year, meaning that 157.1 million more people will use these services in 2022 compared with last year. “Although this growth figure has come down considerably since the height of the pandemic (25.5% in 2020), that does not suggest the industry has hit a wall,”  eMarketer’s report says. 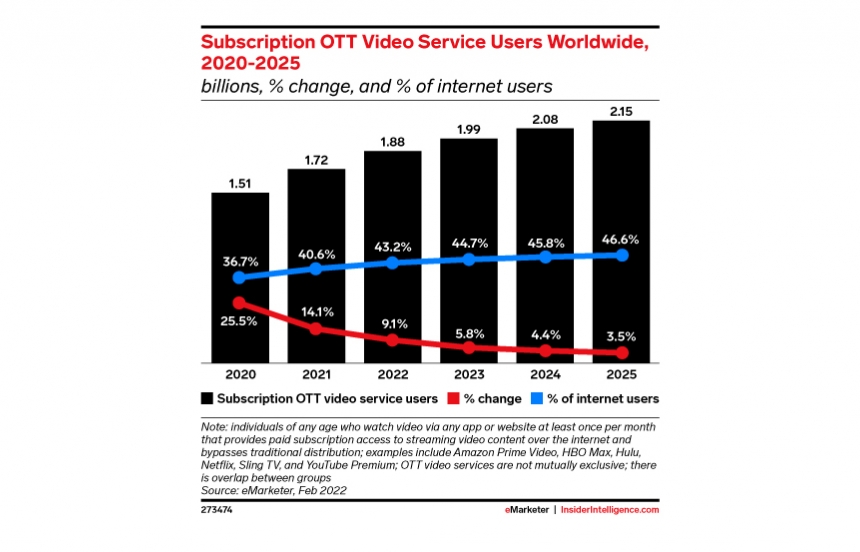 The pandemic did play a huge role in subscription OTT’s explosive expansion, however, and that positive effect is fading. If eMarketer includes its 2022 projections, 677.4 million people will have joined the ranks of subscription OTT users in the three years since the pandemic began. Nevertheless, over the next three years, new additions will amount to only 269.4 million, which is still a lot of people.

Furthermore, the report noted that subscription OTT usage has become nearly as mainstream as YouTube. This year, 55.7% of all digital video viewers worldwide will be subscription OTT users. That is just a shade behind YouTube, at 63.5%.