A quarter of the 12 million Netflix subscribers in the United States most at risk of churn are tolerant of advertising, according to Ampere Analysis, suggesting Netflix’s plan to introduce an ad-supported tier should pay dividends. 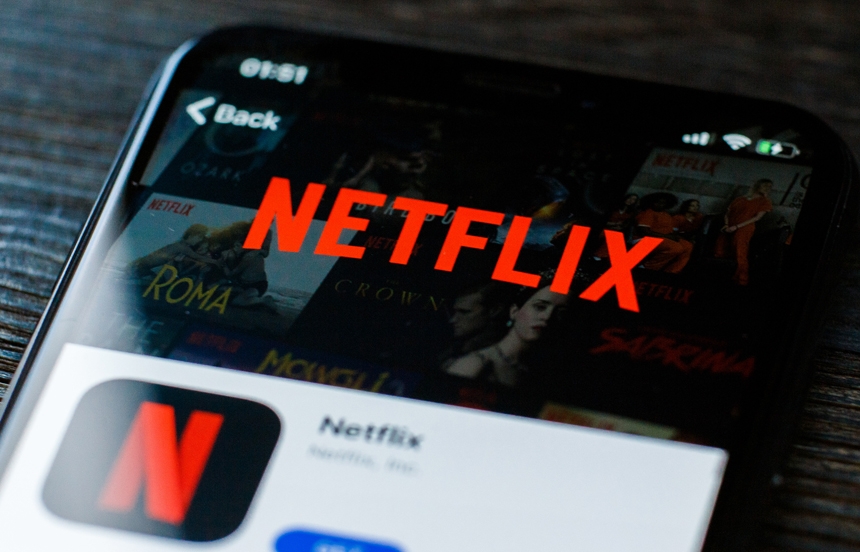 A quarter of the 12 million Netflix subscribers in the United States most at risk of churn are tolerant of advertising, according to Ampere Analysis' consumer data, suggesting Netflix’s plan to introduce an ad-supported tier by the end of 2022 as part of its new customer retention strategy should pay dividends. However, according to Ampere, among Netflix’s most important customers, 16 million are highly tolerant of advertising, presenting a downgrade risk to a lower-cost tier.

Overall, that means 16 million of Netflix’s US Promoters would be comfortable (6 million strongly so) with advertising and present a downgrade risk. But up to 3 million Detractors could be persuaded to stay on platform if given an ad-supported option. In reality, not all Detractors will churn and not all ad-tolerant Promoters will downgrade, but the figures give an indication of how Netflix’s new strategy could play out in terms of subscribers shifts.

Even if promoters do downgrade to a lower-cost ad tier, it would not be a disaster for Netflix. Ampere estimates suggest Hulu is able to generate US$13.30 a month from the average ad-supported subscriber versus US$12.90 from the average premium customer —despite Hulu previously lowering ad-load and monthly subscription fees for the premium tier. Assuming Netflix can achieve a similar ad income level to Hulu, the impact of Promoters downgrading will be minimal with the net benefit being the retention of several million detractors otherwise at high risk of churn.

“There has been a general increase in tolerance to advertising among the US population as a whole over the past four years. This increase in tolerance has been most striking among Netflix Promoters. Crucially, there has also been a strong increase in ad tolerance among the portion of the US population not already subscribing to Netflix; 37% are tolerant of advertising with 13.5% being strongly so, representing a large pool of new potential customers for the streamer’s ad-supported tier,”  said Ampere Analysis' Christen Tamisin, the author of the report. 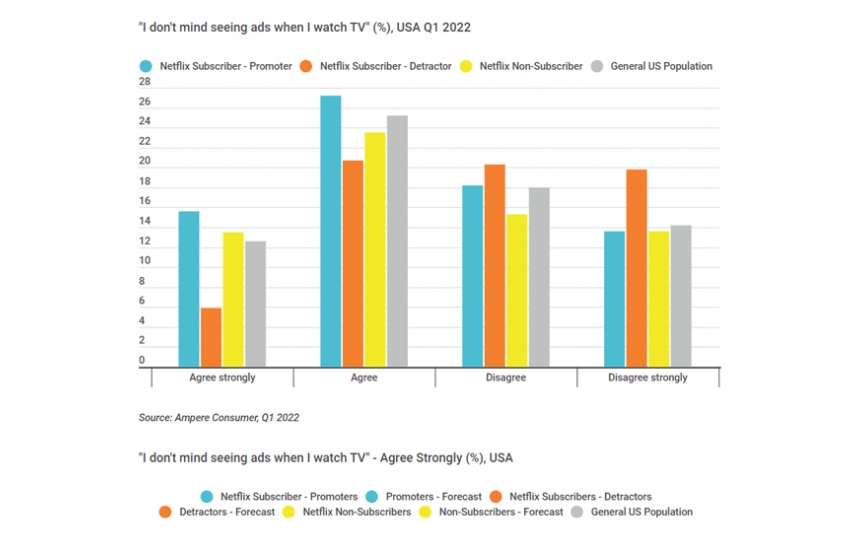 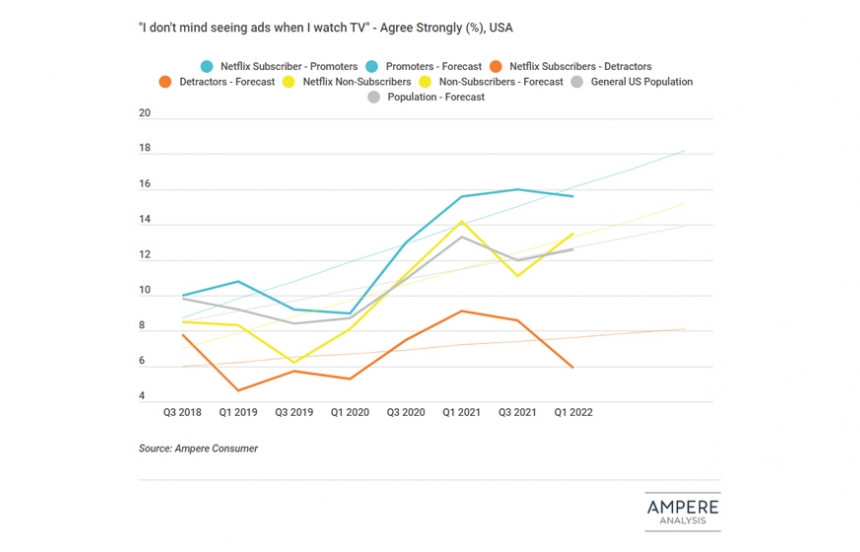