This year, 35.0% of the world’s subscription OTT video service users will be watching Netflix, which amounts to 658.0 million viewers, according to eMarketer latest report. 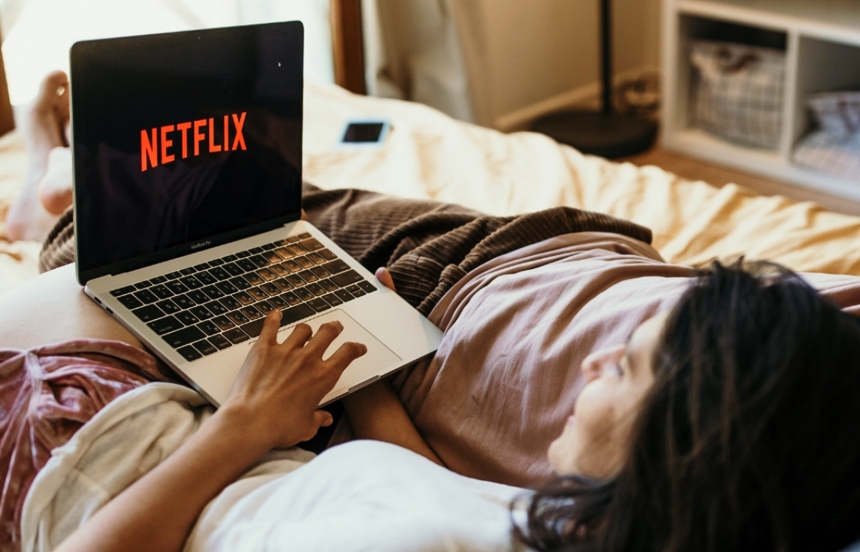 This year, 35.0% of the world’s subscription OTT video service users will be watching Netflix, which amounts to 658.0 million viewers, according to eMarketer latest report, entitled “Worldwide Subscription OTT Users Forecast 2022.” The researcher estimates Netflix will have three-quarters of a billion viewers by 2025.

This figure for worldwide viewers far exceeds Netflix’s self-reported user number. That is because Netflix’s internal figure compiles only individual streaming subscriptions. This projection, on the other hand, tries to account for all the viewers in a household —or wider population— who tune in to something on Netflix at least once per month, via any given access point. Once eMarketer accounts for large families, group viewing, and rampant password-sharing, Netflix’s total viewership ends up nearly triple its paid subscriptions. 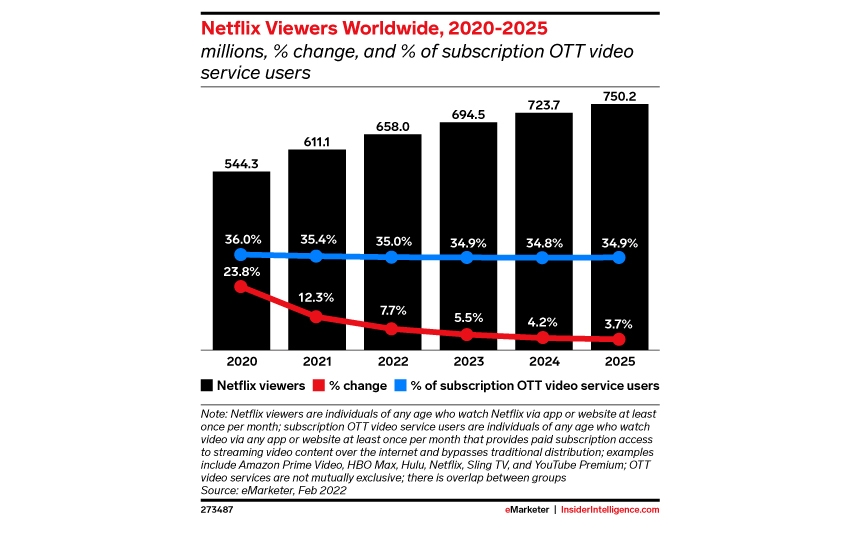 Although only 35.0% of total subscription OTT users will watch Netflix this year, the service still towers over every competitor. Although eMarketer do not yet have global projections for Netflix’s biggest challengers, like Disney+ and Amazon Prime Video, given how far along Netflix’s international expansion is compared with its competitors —and considering the viewer numbers of all these platforms in the United States— the researcher is certain that Netflix has an enormous lead.

Even China’s walled-garden providers (which have exclusive access to China’s 937.4 million digital video viewers) have been unable to accrue viewers like Netflix has. China’s leading service, Tencent Video, will have just 320.6 million viewers this year.