Long form online video, social media video, and gaming video is growing even faster than SVOD, and is on track to close the gap with pay TV within a couple of decades, according to Rethink TV’s latest research. 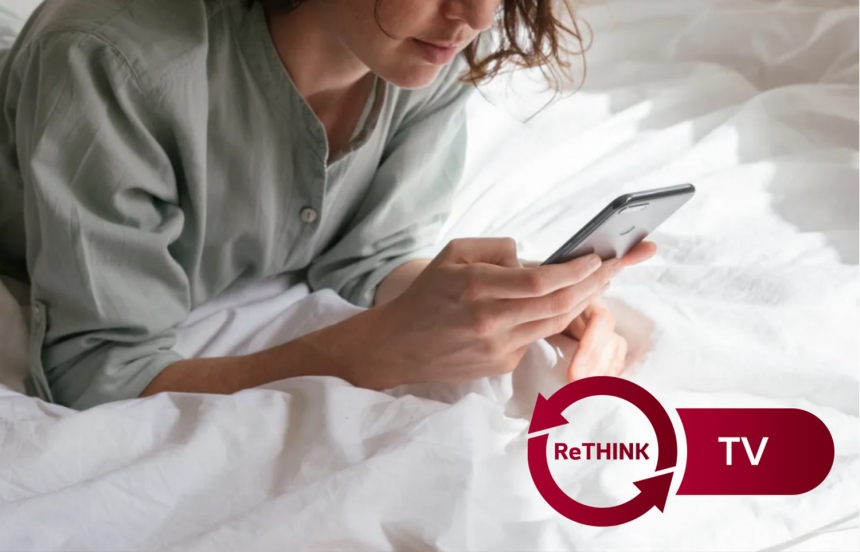 Long form online video, social media video, and gaming video are growing even faster than SVOD, and are on track to close the gap with pay TV within a couple of decades, according to Rethink TV’s latest research, which tried to quantify other long-form video content that does not originate from TV and film studios, that isn’t delivered over pay TV infrastructure, and that is often available freely to viewers.

For the purposes of its forecast, Rethink TV referred to long form online video, social media video, and gaming video as LSG. Its research says that if LSG finally manages to close the gap with pay TV within a couple of decades, that event could be the end of pay TV as we know it and of course sports rights, as they de-couple from pay TV could have a huge part to play in that.

Collectively, LSG stands at around $118 billion in annual revenue currently, comprised mostly of advertising revenue, but with a sizeable chunk of subscriptions in there too. In 2025, Rethink expects this to have grown to $171.5 billion. This compares to pay TV's revenue of $363.5 billion. 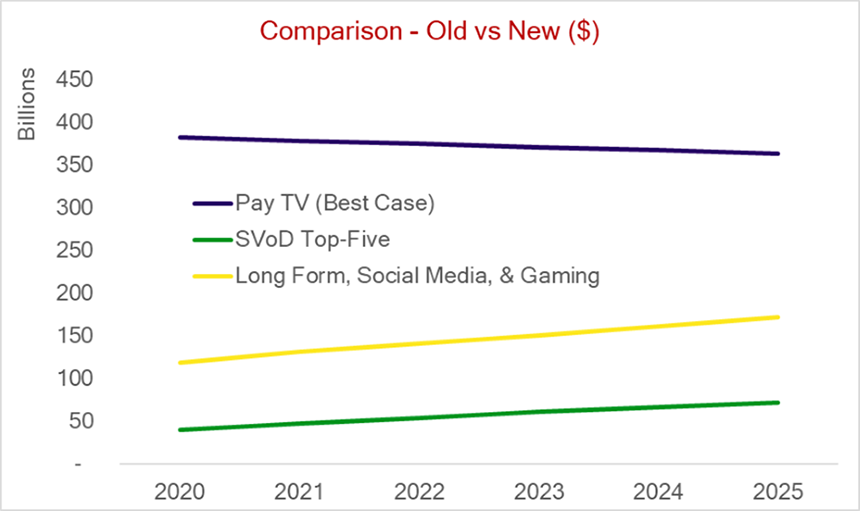 Long Form represents services like YouTube, Vimeo, and Dailymotion, but does include those that have some subscription tiers, such as Crunchyroll and Voot. Broadly, if there is something that cannot be found in a cable TV EPG, is delivered online and is over 10 minutes long, it counts inside Long Form.

Social Media is fairly self-explanatory, and is an attempt to quantify just how much video is watched across the global social media platforms. The popularity of live video streams, from people to friends and family, as well as from businesses and personalities to their audiences, has surprised many. The length of some of these streams sometimes veers into long-form territory too, and with video still proving the most engaging content on these platforms, the more time spent here by consumers, the less time that is available to spend in the pay TV ecosystem.

Gaming is by far the smallest of the three segments that comprise LSG, but it has the most engaged audience. It also has the fewest players, as is currently dominated by Amazon’s Twitch. Of course, Microsoft has just turned this sector into a three horse race, by closing down its Mixer service and pushing its users and streamers towards Facebook Gaming. Google’s YouTube Gaming is the third player here, and while Twitch leads the market currently, its rivals have immense online platforms to leverage, to drive more eyeballs to their gaming services.