Paramount+ holds now the second largest slate of SVOD titles commissioned in the UK in 2022, with 13 brand new commissions so far this year, second only to the market leader Netflix, according to Ampere Analysis. 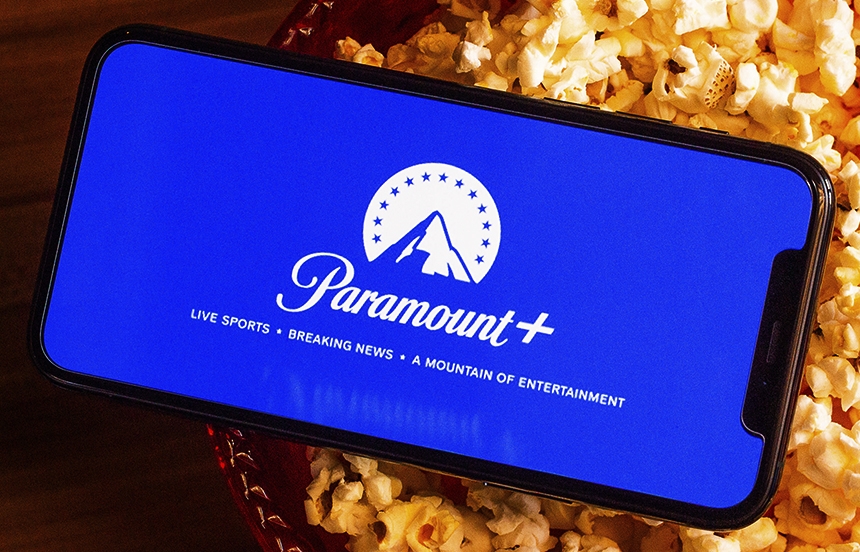 Paramount+ entered the UK streaming market – currently dominated by giants Netflix and Prime Video – on June 22 with a focus on local content and the Crime & Thriller genre. According to a new report by Ampere Analysis, Paramount+ holds now the second largest slate of subscription video on-demand titles commissioned in the UK in 2022, with 13 brand new commissions so far this year, second only to the market leader Netflix.

In the first quarter of 2022, Paramount+ expanded into Western Europe with most of its new commissions (seven of 12) set to be produced in the British market. The second slate of original titles in the second quarter of the year consisted of eight more (six from the UK), making the UK the country with the highest number of Paramount+ original commissions outside the United States. 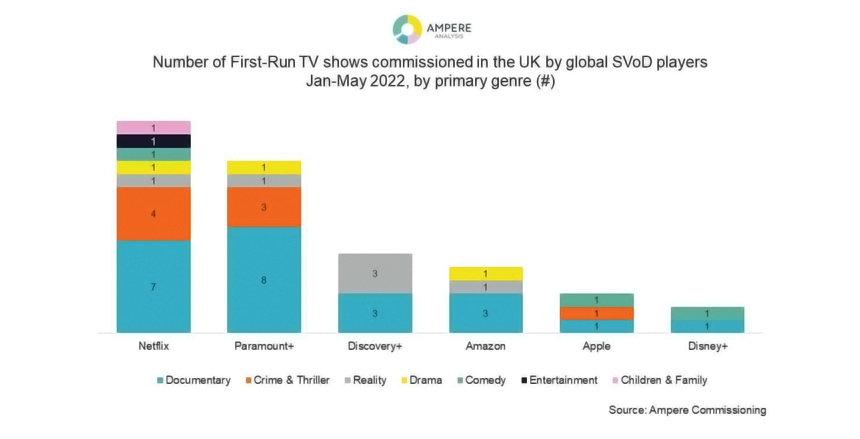 Seven of the 13 commissions announced by the streamer in the UK so far in 2022 have Crime & Thriller as their primary or secondary genre, reflecting the British audience’s preferences. Crime & Thriller was the most popular genre among UK respondents in Q1 2022. This slate includes three scripted Crime & Thriller series, including an adaptation of Jess Ryder’s 2018 psychological thriller “The Ex-Wife.” There are four unscripted series falling into the Documentary–Crime & Thriller category, including “The Box,” a documentary on serial killers presented by British detective Chris Loudon.

●  SVOD STACKING ON THE RISE IN THE UK

Paramount+ has joined the market when SVOD stacking is becoming increasingly popular in the UK. Many British households now subscribe to two or more streaming services, with the average streaming household having access to 2.7. This is still below the United States, where the average is four.

“Paramount+ is conscious of how crowded the UK streaming market is becoming, and their decision to distribute with Sky+ will help tackle this challenge by providing instant subscriber reach. One important differentiator for Paramount+ is its UK-made content, and this will also be key to engaging Sky's customer base who are heavier- than-average viewers of UK content,”  commented Zuzana Henkova, Analyst at Ampere Analysis.