Ampere Analysis found that the weekly release schedule limits subscriber churn and better maintains engagement with content over time. The strategy is also helping to eke out the perceived value in smaller catalogs. 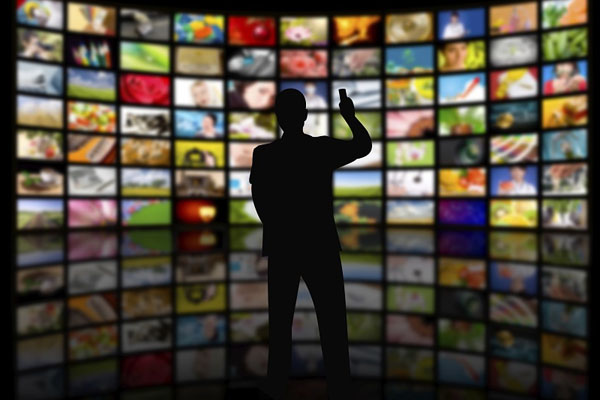 Shifting its traditional strategy, SVOD services are employing the classic model of gradual episode releases for their own original title, as found in recent stats by Ampere Analysis. This weekly release schedule limits subscriber churn and better maintains engagement with content over time. The strategy is also helping to eke out the perceived value in smaller catalogs, but the trend may be only temporary, cautions the analyst.

Ampere Analysis said a weekly release could help ensure longevity in engagement more than a full season release would for the same content. “A weekly release pattern more easily facilitates conversation around a show. Between episodes, viewers have ample time to discuss and re-watch episodes, which is less likely to happen if an entire season is released together. Hence, weekly releases can lessen the chance of engagement with a show decaying rapidly after its initial release. By extension, weekly releases can benefit lower-profile titles—particularly those not based on recognizable Intellectual Property—as positive word of mouth sentiment has more time to build and spread. By releasing the totality of an unknown season in one stroke, a platform runs the risk of the title being crowded out in an increasingly competitive content market,” Rahul Patel, Senior Analyst at Ampere Analysis, stated. 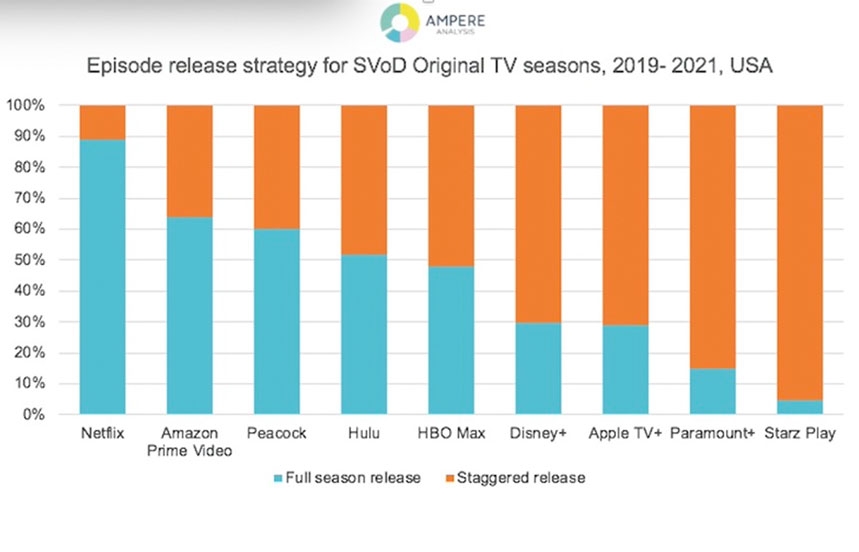 The study sets the theory that one reason for new platforms to break from the mold set by the market leader is the size of the overall on-demand library. It notes, for example, that at launch, the US Disney+ catalog was 10% the size of Netflix’s by total duration, while HBO Max’s was 26% and Apple TV+’s less than 1%. The number of flagship originals available in the first months of the launch was also limited, especially due to delays caused by Covid-19-related production shutdowns.

Ampere believes that a weekly release strategy across a range of high-profile originals reduces the risk of churn over time. For example, Disney+ released episodes of new Marvel Cinematic Universe TV shows across 34 weeks in 2021. It added that a fan of Marvel content wanting to avoid the plotlines being spoiled would have to subscribe to Disney+ for the majority of the year to watch each episode at the earliest opportunity. Ampere’s research also suggested engagement with a TV show decays faster for full-season releases when indexed against their popularity at launch. In comparing top Netflix (full-season releases) and HBO (weekly releases) shows, the popularity of the former dropped to 80% of the premiere month within one month of release compared to four months for the latter.