What were the most popular original shows in the US during January? 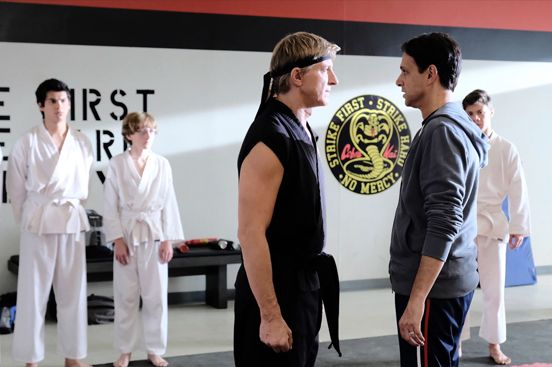 Parrot Analytics’ demand measurement platform provides insight into global, country-specific audience demand for television content, including audience OTT demand – demand for episodic TV content on OTT and SVOD platforms. TV demand reflects the desire, engagement, and viewership of television content. It is weighted by importance, so a stream/download is a higher expression of demand than a “like” or a comment.

The company analyzed the top digital original shows in the United States in January 2022, powered by Parrot Analytics’ TV demand data. The digital original with by far the highest demand in the first month of the year was Netflix’s “Cobra Kai.” It had 70x the average series demand, which puts it comfortably ahead of the second-ranked original series, “The Witcher,” which had 51.7x. “Cobra Kai” has made a habit of dominating the first weeks of the year since 2021, when its season 3 debuted on Netflix and reached exceptionally high levels of demand. 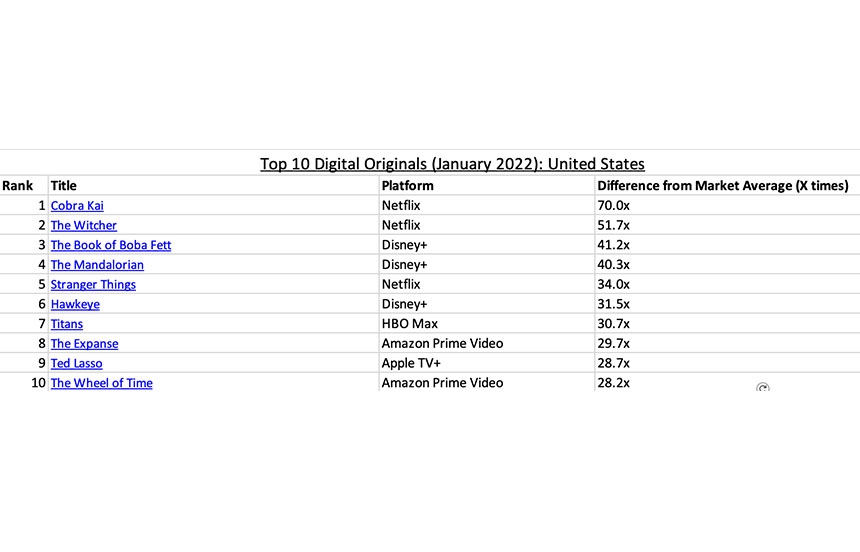 “The Expanse,” from Amazon Prime Video, ranked as the eighth most in-demand digital original series in the US this month, and it had 29.7 times the average series demand. This series's sixth and final season was released between December 10th and January 14th.