Ampere Analysis’ first quarter of 2022 consumer research indicates that 47% of current Hulu subscribers in the United States do not take Disney+, despite the relatively cheap Disney Bundle offer. 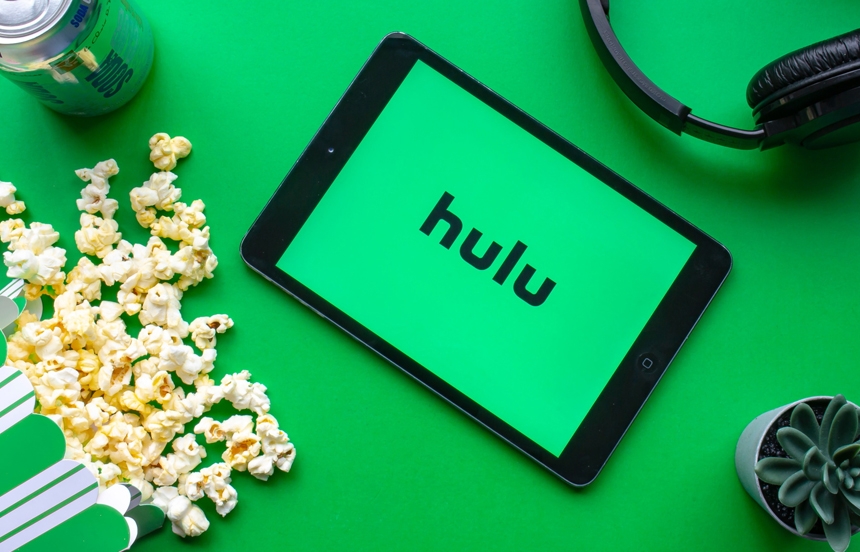 As of mid-March 2022, eligible Hulu subscribers in the United States can now add Disney+ for an additional US$2.99 per month. Previously consumers have had the option of the “Disney Bundle” – a US$13.99 per month package that includes access to Disney+, Hulu (with advertisements), and ESPN+. The new deal – designed to convert Hulu subscribers who have not taken up the offer of the Disney Bundle – comes as major studios and TV networks announce that they will start pulling content from Hulu later this year.

Ampere Analysis’ first quarter of 2022 consumer research indicates that 47% of current Hulu subscribers in the United States do not take Disney+, despite the relatively cheap Disney Bundle offer. These Hulu-only subscribers over-index for older age groups and are more likely to live alone or with other adults than they are to live with children of any age. The skew in household occupancy is reflected in their reason for choosing their streaming service providers. Of those respondents who subscribed to both Hulu and Disney+, 31% agreed that having something for their children to watch was a reason why they subscribed to Disney+.

Hulu’s catalogue, meanwhile, is still reliant on acquired titles: among the 100 most popular movies and TV shows on Hulu in the United States in February 2022, 29 came from either NBCUniversal or Paramount Global. If these two studios continue to pull their titles from Hulu for their own subscription video on-demand platforms (Peacock and Paramount+), Hulu could see the loss of popular titles like “Saturday Night Live,” “Law & Order” and “Survivor” (US). 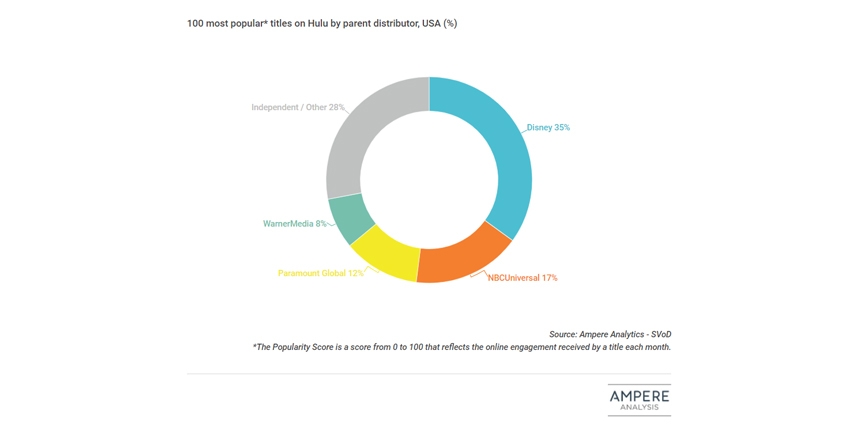 “The strong focus of the US Disney+ catalogue on Children & Family content has to date inhibited its appeal to Hulu-only subscribers. But in the context of title pullback, and in an intensifying SVOD market, the new US$2.99 deal aims to reduce Hulu subscriber churn rates. An increased Disney+ subscriber base will also help Disney meet its ambitious global subscriber target of 230-260 million by 2024,”  commented Ampere Analysis’ Christen Tamisin, the author of the report.