There was a record 7.6% decline during the first quarter of 2020 for cable and satellite subscriptions. More than a quarter of pay-TV subscribers have considered canceling their pay TV services, 12% saying sports play a major factor in their decision-making. 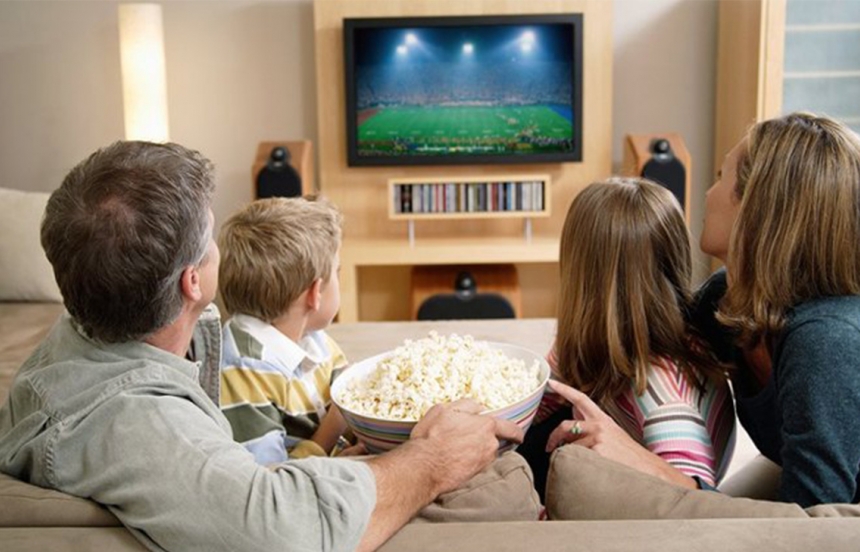 Statistics, such as the data gathered by MoffettNathanson and Morning Consult, have proved sports to be the “glue” holding the traditional pay-TV industry together in recent years, with the cancelation of live sports events as a result of the Covid-19 pandemic leading to a record decline of 7.6% during the first quarter of 2020 for Cable and satellite subscription. More than a quarter of pay-TV subscribers say been considering canceling for two months, and 63% of those considering canceling says the current circumstances only add to the disservice. “Live sports were arguably the last, best reason for choosing a vMVPD over a sampling of” subscription video-on-demand services, the MoffettNathanson note said. “And then sports stopped.”

The number of subscriber losses reported in pay-TV providers’ first-quarter results has risen concerns about the changes that await and the future of cable and satellite television. According to estimates recorded by industry analysts at the boutique research firm, MoffettNathanson, the total number of subscriptions fell by 7.6% from the same period in 2019, marking the seventh straight quarter in which subscriber loss accelerated. The pay-TV industry’s first-quarter results reflect business from January through the end of March, which only includes the first days of the coronavirus pandemic in the United States, along with corresponding sports shutdown. Industry analysts expect even more pronounced declines as the sports shutdowns and economic pressures continue. 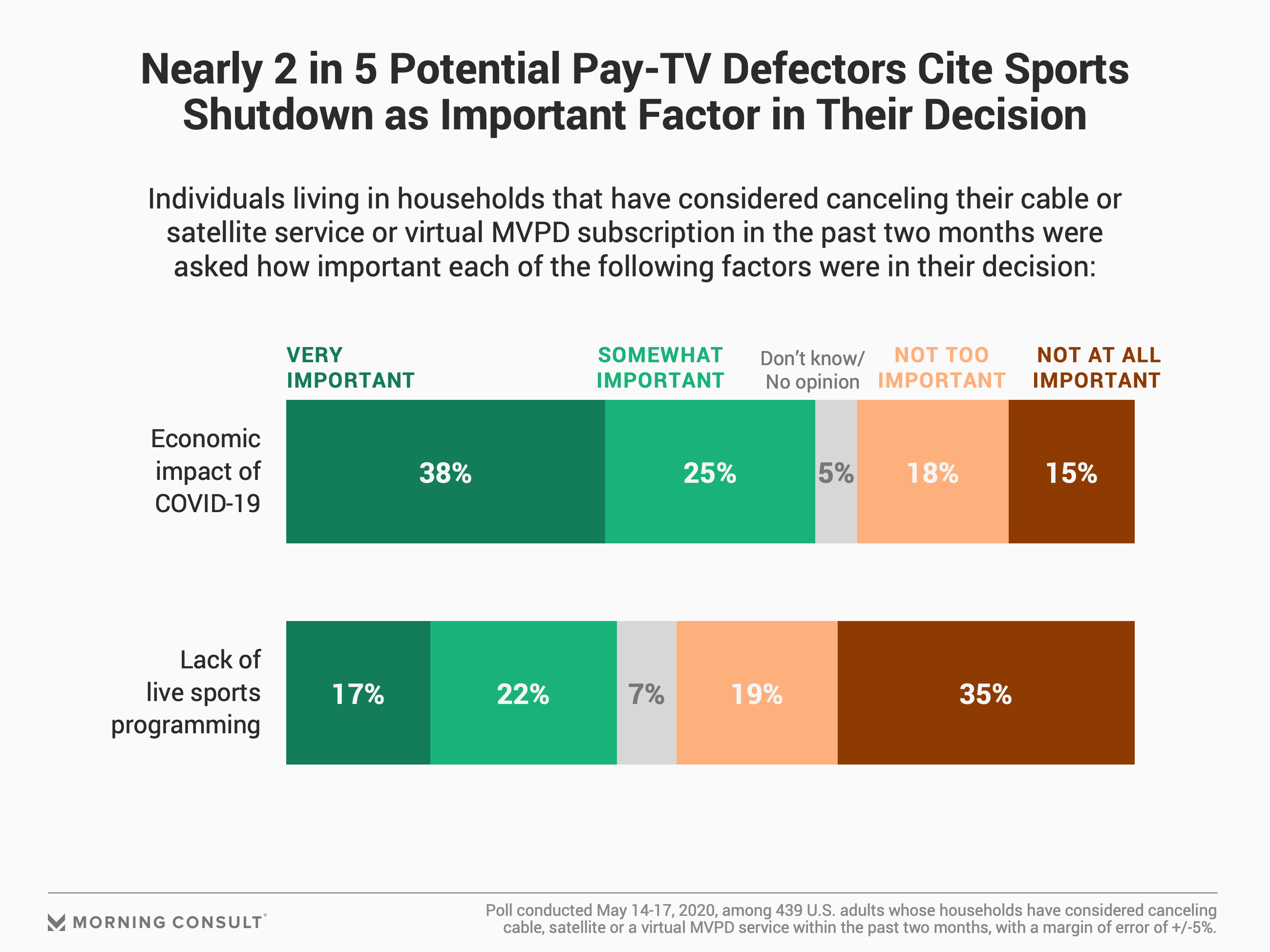 The results of the poll indicate that 8.3% of traditional pay-TV subscribers dropped their service in the past three months, both periods within the first and second quarters. Sports fans subscribe to cable and satellite television service at a significantly higher rate than the average adults and non-sports fans. A survey conducted on 14-17 May found that 61% of sports fans and 69% of self-identified avid sports fans subscribe to traditional pay-TV, compared to 55 percent of U.S. adults and 43% of non-sports fans. Aside from cable and satellite losses this quarter, live TV streaming services net subscriptions, known as virtual MVPDs, dropped for the first time since the services launched in 2015, losing 341,000 subscribers, as per the MoffettNathanson note. According to the Morning Consult survey, about 1 in 4 households with either a traditional pay-TV or virtual MVPD subscription have considered canceling that service since pandemic came about in the United States. The 39% percent who are unsure stated that the lack of live sports programming has become a very important factor in the decision-making., with 60% blaming the economic downfalls that have resulted from the pandemic. 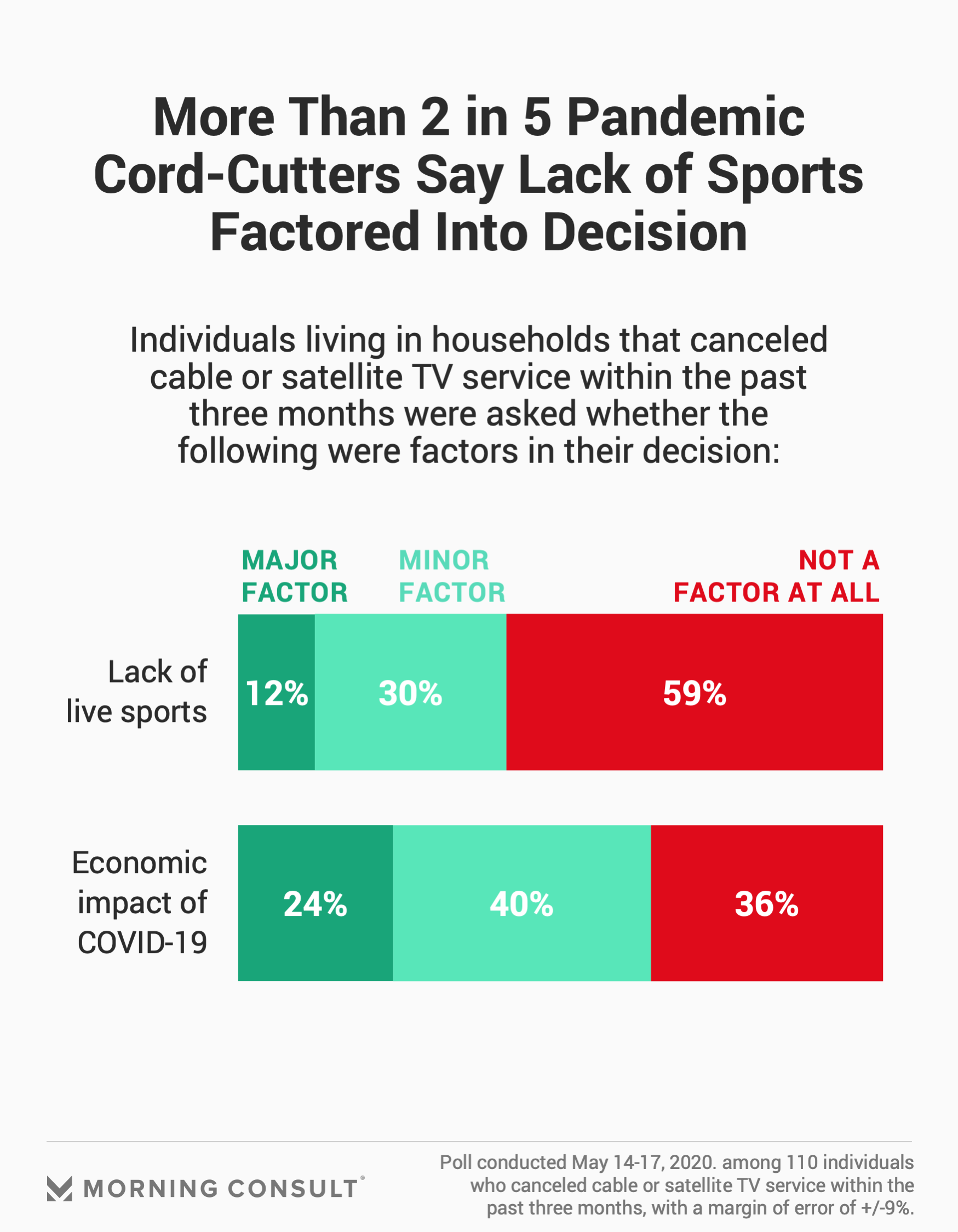 Among respondents who said they have already canceled cable or satellite service in the past three months, 42% mentioned a lack of live sports, including 12% who called it a “major factor.” Despite live sports programming making a large contribution to cord-cutting, the high costs associated with networks that carry sports have also driven away customers, particularly non-sports fans. The cost of sports programming, which many non-sport watchers purchase anyway, has received a lot of attention since the sports shutdown as distributors and their customers are still paying the same amount for sports channels despite live play not being available. The media research unit of S&P Global Market Intelligence, Kagan, estimated that sports programming accounts for an average of USD 20.82 on consumers’ cable and satellite bills and about 24% of pay-TV providers’ revenue per customer. 35% of cable and satellite subscribers in the new poll said their household would be “very likely” to give up all live sports in exchange to saving 25% of their money on the bill, with another 14% saying they would be “somewhat likely” to accept that trade-off. Bruce Leichtman, President and Principal Analyst for Leichtman Research Group, Inc., said that virtual MVPDs, which provide an easy cancellation process, were likely the first to feel the impact of the sports shutdown. Dish Network Corp., which also owns the Sling TV streaming service, cited that the lack of live sports plays a part in Sling’s quarterly subscriber losses, but not in its satellite subscriber losses.

Live sports were arguably the last, best reason for choosing a vMVPD over a sampling of subscription video-on-demand services. And then sports stopped.” The MoffettNathanson 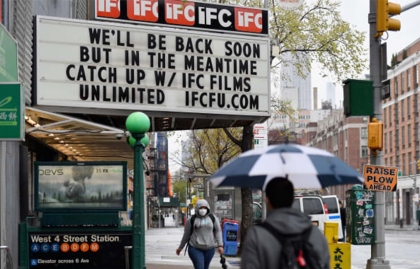 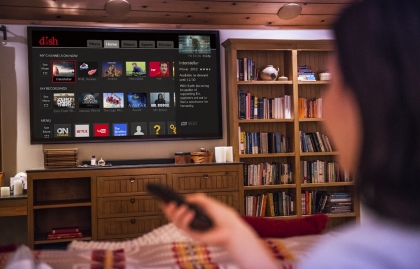 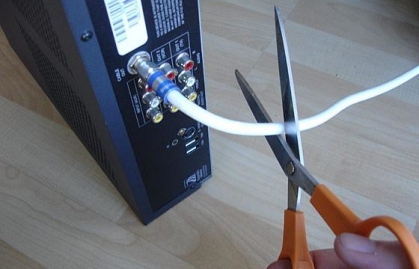 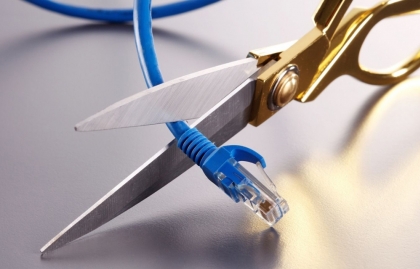