Eccho Rights is a global rights management company with offices in Stockholm, Istanbul, Madrid, and Manila. It works with independent producers to empower creativity worldwide. As of 2018, Eccho Rights is a part of CJ ENM, one of Asia’s largest media and entertainment companies. 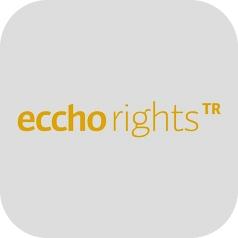 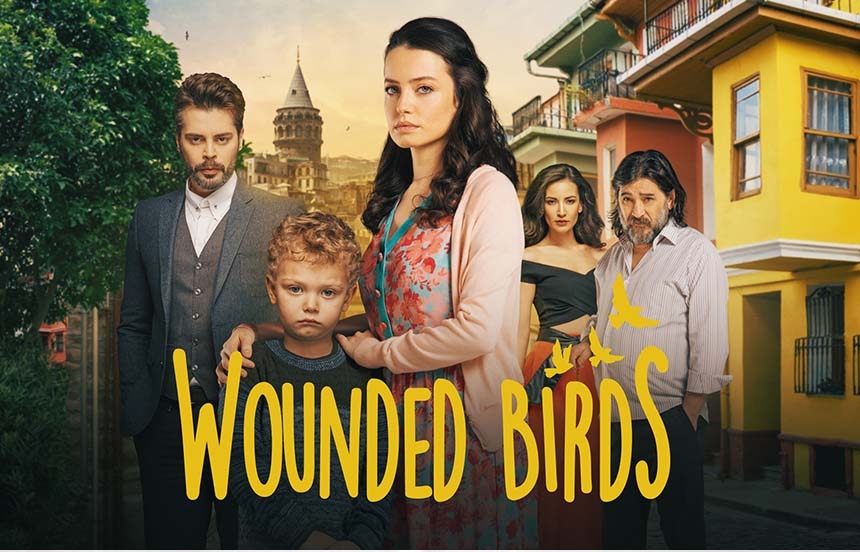 Wounded Birds premiered on Kanal D in Turkey in April 2019 and achieved great results in the afternoon. It premiered on Caracol in Colombia following the finale of ELIF and achieved even better results for the channel. It recently premiered on Telemundo Puerto Rico as well.     A story of two orphans on the run from a ruthless criminal trying to make a new life in Istanbul, from the producer of international hit series Elif. Wounded Birds revolves around a brother and sister torn between two worlds: the mean streets of their birth and the luxurious villa of the Metehanoglu family. Meryem is a strong, beautiful young woman who has spent the past five years raising her “little brother” Ömer. She was barely a teenager when someone kidnapped and gave baby Ömer to her low-life father, Durmus. He intended to sell the infant, but Durmus was hauled off to prison before he could complete the sale. Meryem is determined to keep Ömer off the streets, and she’s worked night and day to make a good, decent life for them both. Little does she know that the young boy is the son of an influential industrialist and was kidnapped in a power struggle over control of the family empire. The link back to the world of his biological father brings Ömer and Meryem's adventure to a start, as they are unexpectedly reunited with Levent, a man who thought he would never see his son again. 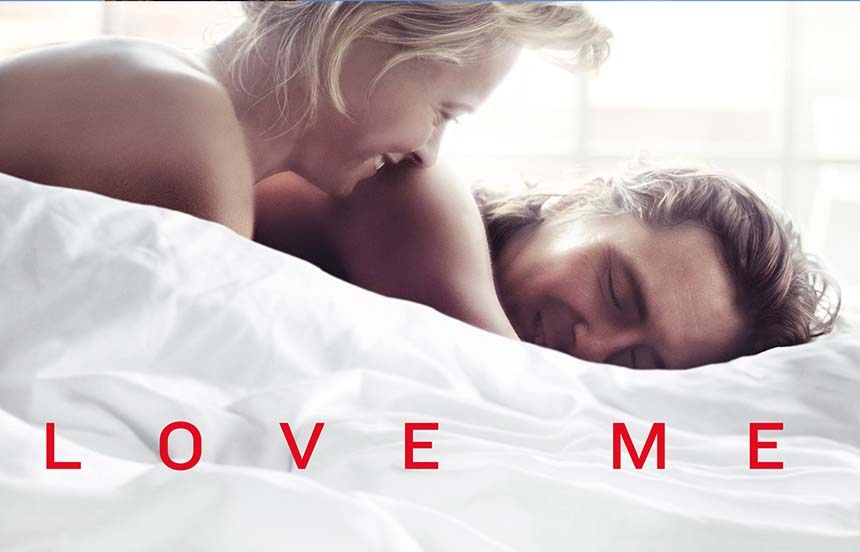 Love Me is a unique and highly unusual top drama series that has taken both critics and viewers by storm.  Renewing the drama-comedy genre completely based on a very strong script and an amazing performance from some of Sweden’s top actors such as creator Josephine Bornebusch (Solsidan, Welcome to Sweden) and Johan Ulveson.
Love Me is a warm and humorous series about love, sex, fear, and sadness. The strongest launch ever on Viaplay and a mega-hit on SVT in the spring of 2020, this series is returning for a 2nd season in the fall with a third season already in production. Love Me is a series about life, from start to finish. A loyal husband accepting being passively abused by his dying wife. The daughter is a successful medical doctor but with the very limited emotional capacity of falling in love and then the son, a mommy’s boy who is too selfish to see anyone but his own needs, and certainly not the needs of a girlfriend. 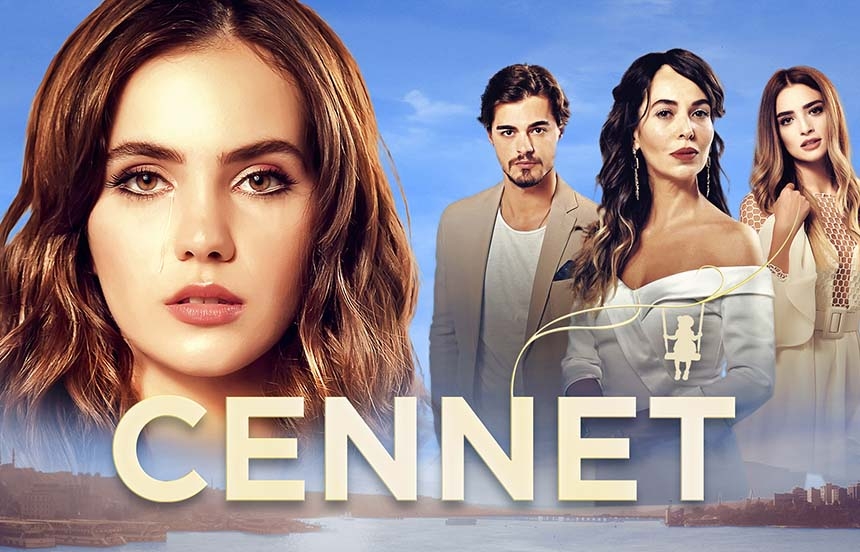 Cennet was a top performer for ATV in Turkey scoring very high ratings in a traditionally difficult Sunday evening prime time slot. In other countries like Bulgaria, Estonia, Georgia, Hungary, Kazakhstan, and Romania the series was received very well achieving high ratings. It recently premiered to great results on Canal 4 Uruguay as well as in primetime on Telemundo in the USA.
Cennet was abandoned as a baby and has struggled bravely through life, desperate for the motherly love she has missed out on. Brought up by her grandmother, Cennet has little in her life apart from her best friend. However, an accident breaks them apart and he vanishes from her life. Years later, despite her poor background, Cennet has worked hard to become the top student in her architecture class. Following their graduation, her schoolmate Melisa’s mother offers her a dream job at her successful firm. There she meets Selim, and as they are drawn to each other he starts remembering Cennet - like the childhood friend that he had long since forgotten. Their relationship isn’t welcomed by Melisa’s mother who plans for her daughter to marry Selim. When she discovers a birthmark on Cennet’s neck, identical to that of the baby she abandoned over 20 years ago, she starts to believe that Cennet’s appearance is no coincidence – and reacts not with maternal affection, but a plan to get rid of her from her life. 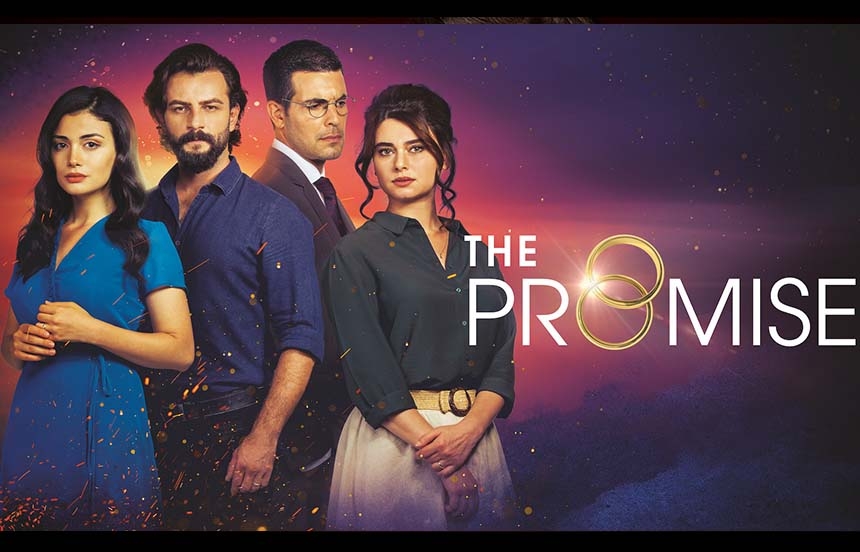 During its first season, The Promise scored more than three times Kanal 7’s average share and the channel's rank rose from 8th overall to 3rd place during the broadcast of the tension-filled, romantic, family drama. The drama was recently renewed for a third season and already sold to Central America as well as Ecuador, Paraguay, Peru, and Bolivia. Reyhan is a country girl, humble, kind, and caring, who promises to marry the son of old family friend Hikmet after he reveals a terminal diagnosis. Hikmet is worried about what will become of his family fortune if left to his frivolous son and greedy wife whose only concern is to cement her place among Istanbul’s high society. Emir is the son in question, a rebel who prefers to take risks and fritter away his father’s hard-earned money rather than work in the family business. He agrees to the marriage but with his own promise: he vows to make life miserable for Reyhan, to the extent that she will divorce him, proving to his father that he should be allowed to make his own decisions in life. Yet as the torments begin, Emir starts to question why this innocent girl should suffer while it is his father that he wants to punish. And as he softens, Reyhan sees a gentler side to him, something that she finds impossible to resist. 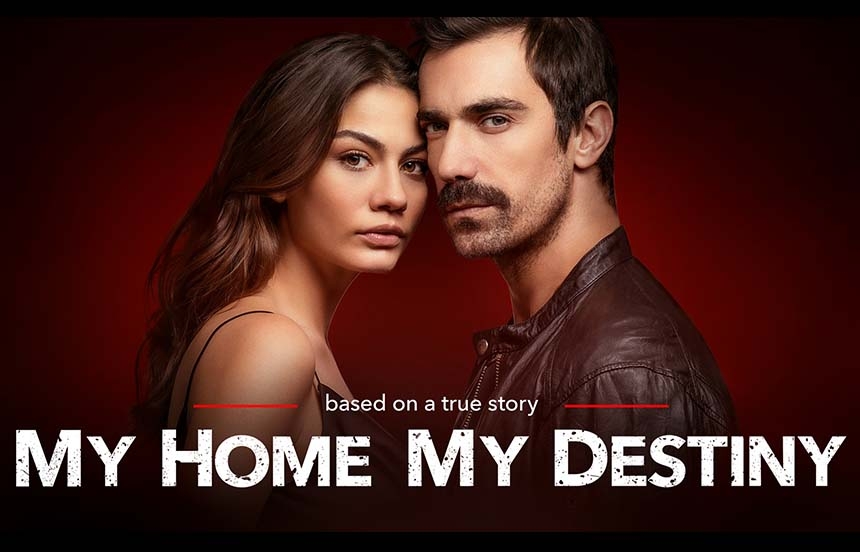 MY HOME, MY DESTINY

The series My Home, My Destiny achieved amazing ratings in Turkey and is already confirmed for the 2nd season. It is based on a best-selling novel that in turn is based on a true story, starring Demet Özdemir and İbrahim Çelikkol. Zeynep is born in a poor family with few opportunities in life. Her father is an alcoholic, the mother week and the brother dies due to lack of medical treatment. Her faith turns when the family where the mother works as a cleaning lady offers to adopt her and the parents agree in a lack of alternatives to give their daughter a better life. She will learn, be loved and surrounded by beautiful things; but will always carry a feeling of not belonging. The poor and innocent  Zeynep will turn into a clever, educated and beautiful young woman, engaged to get married to the dream man from the top of society. However, this fairytale will come end when her birth mother shows up to re-gain control of her daughter's life and bring her back to the home where she was born. The series has delivered extraordinary ratings on TV8 in Turkey and is already confirmed for the 2nd season. The drama is produced by OGM Pictures, a company run by Onur Güvenatam (Producer behind Netflix hits such as The Protector and The Gift as well as long-running series Evermore, Wounded Love and Queen of the Night).