Public broadcasters SBS in Australia and New Zealand’s TVNZ have on board as pre-buy partners with Cineflix Rights as international distributor. 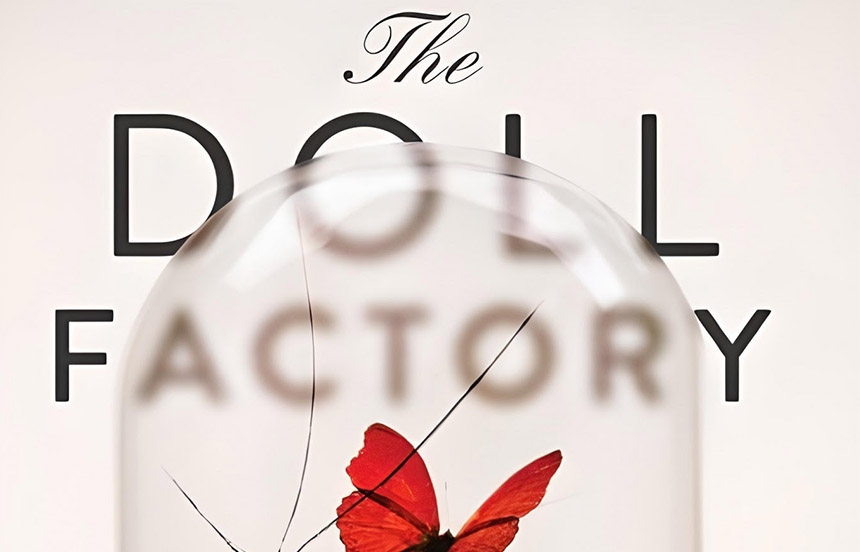 Buccaneer Media announces the commission by Paramount+ to produce an adaptation of Sunday Times bestselling novel "The Doll Factory" which will be available on Paramount+ Originals in the UK and Ireland. Public broadcasters SBS in Australia and New Zealand’s TVNZ have also boarded the 6 x 60’ historical thriller, adapted from Elizabeth Macneal’s debut novel, along with Cineflix Rights as international distributor.

Rising British screenwriter Charley Miles will adapt "The Doll Factory" for the screen. Sacha Polak ("Hanna") is on board as Director, Suzanne McAuley ("Magpie Murders") is Producer and Julie Harkin ("I May Destroy You") is Casting Director.

Set in London, 1850, "The Doll Factory" tells the story of Iris, who paints dolls for a living alongside her twin sister, Rose. Iris dreams of becoming an artist. By night, she secretly paints herself naked. Silas is a taxidermist who owns a shop filled with his creations. He dreams of one day finding an item so unique he will be catapulted to fame. Louis is a painter and member of the Pre-Raphaelite Brotherhood, searching for his next muse. When Iris meets Silas, and then Louis, she is offered an opportunity to escape and start a new life. To do so, she must abandon her sister, sacrifice her reputation, and launch herself into the unknown.

“'The Doll Factory' combines intrigue with universal themes of passion and obsession to tell a compelling story which will resonate with our Paramount+ audience. We are delighted to work with Buccaneer Media as we continue to build our offering of Paramount+ Originals with UK storytelling talent”, said Sebastian Cardwell, Deputy Chief Content Officer, UK, at Paramount.

“The combination of debut author Elizabeth Macneal with first time screenwriter Charley Miles is what this company is all about: emergent talent who will take the world by storm. To have SBS and TVNZ join Paramount+ at such an early stage is testament to the incredible writing of Charley. Cineflix Rights also saw the potential of this very early on and after their success with our previous two shows we’re very happy to have them as distribution partners as well” said Executive Producers Tony Wood and Richard Tulk-Hart.

“It is the most surreal and wonderful thing to have my novel turned into a TV series. When I wrote the book, I felt I knew each character intimately - and what a treat it will be to see them fully brought to life, from Iris’s fire and zest to be a painter, to the taxidermist Silas’s hunger to have his name recognised. I always said I wanted to work with a screenwriter who was able to reimagine my novel in a new way for a new audience, and I am stunned by the wonder that is Charley Miles’s script. It has been an honour, too, to work with Anna, Tony and Richard at Buccaneer, who have shown such passion, kindness and commitment. We have an extremely exciting year ahead!” said Elizabeth Macneal.

“I was completely transfixed by Elizabeth’s deliciously dark world from page one. Adapting her novel has been nothing short of an honour and a delight. Iris is a brilliant slap in the face to anyone who expects conformity out of her. I’m so excited to be telling her story alongside such wonderful and generous creatives, and with Paramount+ who have been supportive of Iris in all her unconventionality from the get go!” said Charley Miles.

-The Doll Factory' combines intrigue with universal themes of passion and obsession to tell a compelling story which will resonate with our Paramount+ audience.” Sebastian Cardwell Deputy Chief Content Officer, UK, at Paramount