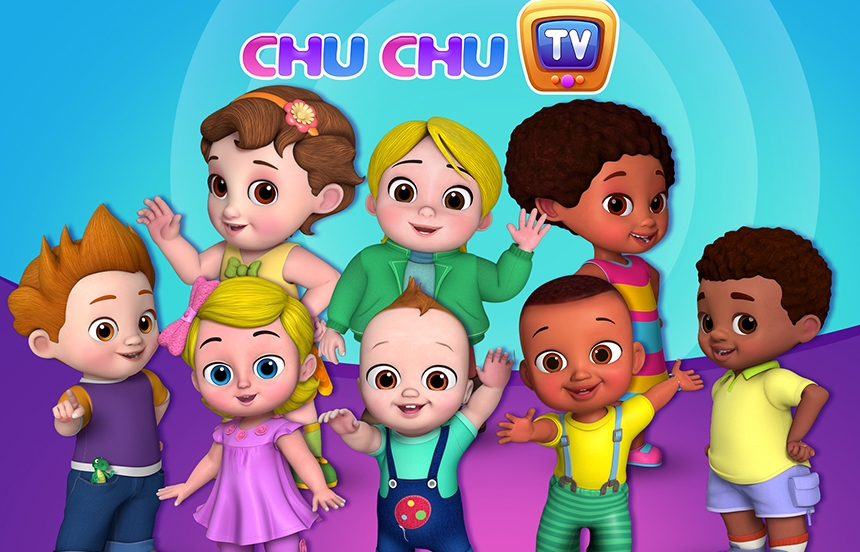 Incepted in 2013, ChuChu TV started as a YouTube channel for preschoolers with rhymes, and songs, immediately struck a chord with kids, parents and caregivers worldwide with its peppy music and colorful presentation, making it a runaway success. The ensemble cast of characters is led bythe affable 5-year-oldChuChu and includes her siblings, friends and family and helps preschoolers navigate the world of learning, values, good habits and more in a fun, engaging and memorable way that has found appeal across the globe.

International and regional language channels followed on the heels of the success of ChuChu TV Nursery Rhymes and Kids Songs to make it a 12-channel strong network that has found favor globally and continues to lead the way and spawn a host of look-alikes in a crowded preschool space. ChuChu TV is also available across an array of popular platforms of Amazon, Netflix, Roku and other platforms and it’s music is extremely popular on streaming platforms of YouTube Music, iTunes, Spotify amongst others.

The ChuChu TV network of 12 YouTube channels spanning languages of English, Hindi, Tamil, Telegu, Bengali, Spanish, Portuguese and French languages has a consolidated views of a staggering 47 billion views and 91 million subscribers worldwide. The ChuChu TV network is ranked No. 1 inkids genre in India, No 1 in Asia Pacific in kids genre and is one of the most popular networks of channels globally in the family and learning genre. On the merchandise front, ChuChu TV is represented globally by Dream Theatre, a brand management and licensing representation company which is aligning the brand for its global merchandise programme.

“Our biggest success is the love and affection we have continued to receive from a global audience and that parents and care givers trust us as a safe space for their preschoolers and toddlers. We are humbled by our growth storyand it continues to inspire us everyday to reach higher," says Vinoth Chandar, Founder, CEO and Creative Director of ChuChu TV Studios.

Our biggest success is the love and affection we have continued to receive from a global audience and that parents and care givers trust us as a safe space for their preschoolers and toddlers” Vinoth Chandar Founder, CEO and Creative Director of ChuChu TV Studios