Telenovelas and hit series from the largest content producer in Latin America will be available on the platform from the last quarter of 2021. 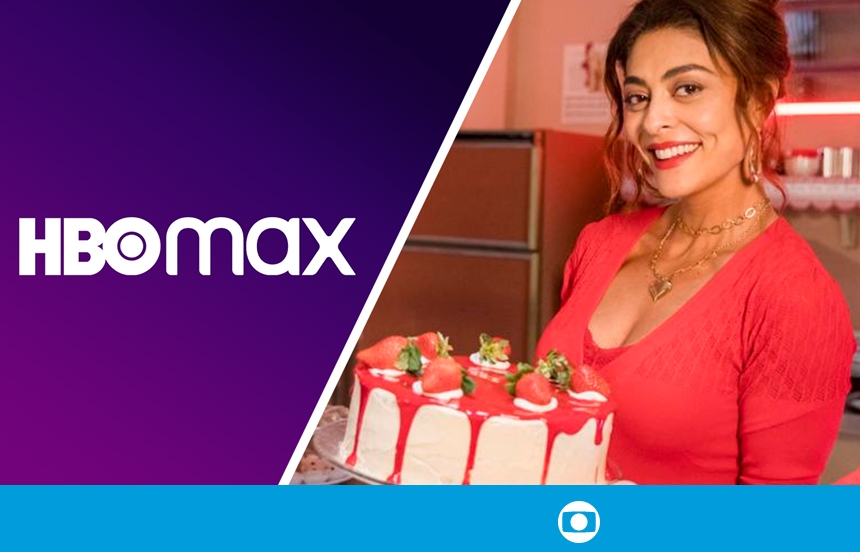 Globo, the largest content producer in Latin America, has just closed a deal with WarnerMedia Latin America for HBO Max, a subscription streaming platform focused on the Latin American market. As a result of the strategic partnership, several successful telenovelas and series from Globo become available in the platform's catalog for users in Latin America and the Caribbean - with the exception of Brazil - throughout the last quarter of 2021.

The deal, which reinforces the relevance of Globo and of its productions in the most varied slots and platforms in the region involves the licensing of productions such as telenovelas ‘Sweet Diva’, ‘Brazil Avenue’, ‘The Other Side of Paradise’ and ‘Looks & Essence’; super series ‘Hidden Truths’; in addition to Original Globoplay Series ‘All the Women in the World’ and ‘Harassment’, and series ‘Under Pressure’, ‘Doomed’, and ‘Dark Days’.

‘Sweet Diva’ stands out due to its powerful cast, part of which are actresses Juliana Paes (‘Total Dreamer’), Paolla Oliveira (‘Edge of Desire’) and Fernanda Montenegro (‘The Other Side of Paradise’), which was nominated for the Oscars and won the International Emmy. In this big hit ‘Sweet Diva’, outstanding performance were seen in its run in Brazil and everywhere else: it was a phenomenon in its slot in the prime time of Univision in the US – with viewership numbers ahead of channels such as CBS and NBC in the finale, drawing an audience of over 1.7 million viewers. The production also had highlight viewership in Latvia in channel TV3 Life, above the channel’s average share, and is current the audience leader in Argentina in Telefe, and in Chile running on Mega channel.

As for the vengeance plot of “Brazil Avenue”, telenovela nominated for the International Emmy in 2014 and licensed to 140 countries and translated to 19 languages, it tells the story of unforgettable characters such as Carminha (Adriana Esteves), Tufão (Murilo Benício), Max (Marcelo Novaes) and Leleco (Marcos Caruso). When it ran in Brazil in 2012, ‘Brazil Avenue’ was a phenomenon of both audience and critic, surpassing the Brazilian borders. Recently, it repeated its success when it was chosen to to run again in the afternoon slot in TV Globo, drawing the largest average viewership numbers of the last three years in the time slot. And, on social media, the production reached the highest engagement levels for a rerun of telenovelas in Brazil since 2016.

The 2016 International Emmy Winning production ‘Hidden Truths’ is a plot pushing everyone’s limits when it comes to obsession, money and pleasure. At the core of the story is a beautiful young woman, full of dreams, Angel (Camila Queiroz), who, willing to become a model, gets involved in a prostitution scheme and meets and powerful and obsessive businessman, letting herself get drawn into a dark reality, moving way beyond the runway. The production is also available in a 50-episode super series version designed for Free TV/Pay TV and the 12-episode series, focused on digital platforms.

As for Original Globoplay Series ‘All the Women in the World’, which was just nominated for the 2021 International Emmy Awards, it is a romantic comedy that, at every episode, tells a love story lived by Paulo (Emílio Dantas), an architect who lives in Rio de Janeiro. The production, a tribute to the work of playwright Domingos Oliveira, brings philosophical reflections on life, love and death, with intelligent and refined humor, the marking features of Domingos’ universe. In the cast, in addition to Emilio Dantas are Sophie Charlotte, Matheus Nachtergaele, Martha Nowill, Maria Ribeiro, Lilia Cabral, Fabio Assunção, among other names. The series premiered in April 2020 on Globoplay and was released in the international market the same year. Based on an original idea of Domingos Oliveira and Maria Ribeiro, ‘All the Wormen in the World’ was created and written by Jorge Furtado and Janaína Fischer, with artistic direction by Patricia Pedrosa and directed by Ricardo Spencer and Renata Porto D’Ave.

Another highlight is the series ‘Under Pressure’, which throughout three seasons shows the day-to-day of doctors who need to face the tough reality of a chaotic environment and work around adversities to keep patients alive. It was shot in decommissioned areas of a public hospital, which made the plot even more real. Real cases, gathered from an immersion by writer Jorge Furtado and his screenwriters team into the public health care system of Rio de Janeiro, inspiring the creation of impressive stories, bringing matters of extreme importance to society, such as abuse, suicide, AIDS, disregard and neglect. The series received four awards in the International Festival of Audiovisual Programs of France (FIPA), also known as the Biarritz Festival, one of the most important TV awards in Europe in 2018.