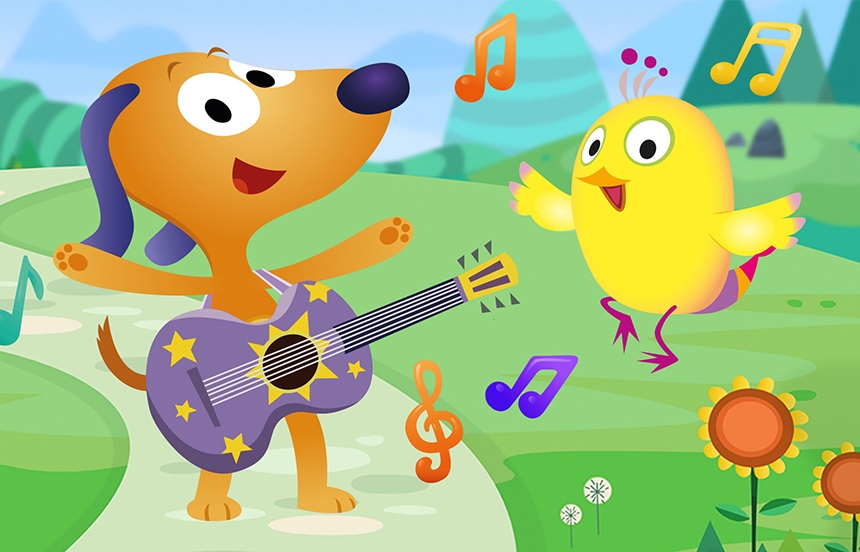 Pinguim Content, Latin America’s leading animation company, has announced a raft of sales to major Latin American broadcasters along with a host of further activity for the award-winning Brazilian studio. Globoplay has bought two of Pinguim Content’s hit shows for SVOD: season 1 & 2 of "Fishtronaut" (each 52x11’), the entertaining and educational series following the adventures of the water-suit-wearing fish who solves mysteries on land which airs in 80 countries; and season 1 of "Ping and Friends" (52x7’), the animated music-based preschool series which helps young viewers grow their vocabulary, discover rhythm and rhyme and experience an array of music genres. "Ping and Friends" is currently being dubbed into neutral Spanish, with this version available to broadcasters from late November.

In addition, the first season of "Fishtronaut" (52x11’) has been licensed to popular kids’ channel Gulli Brazil.

Pinguim has also announced a development deal at Discovery Kids LATAM for "The Boo Inn”, its new co-production with fellow industry leaders Little Airplane Productions. A funny new animation for kids aged 4-8, "The Boo Inn" (52x11’) follows the hilarious adventures of seven-year-old Oliver, his little sister Abigail and adorable ghost dog Salami, as they help to run the family’s new country inn – which just happens to be haunted!.

Meanwhile, Pinguim’s feature film "Tarsilinha", directed by Celia Catunda and Kiko Mistrorigo, has been attracting accolades this summer. Following its world premiere at the Shanghai International Film Festival, where it was nominated for Best Animation Film, it won the Animated Feature Film from Latin America and Spain competition on its LatAm premiere at the 2021 Chilemonos International Animation Festival. The film has also been selected by SICAF 2021, the Seoul International Cartoon and Animation Festival which runs from 1-4 October; and the Chicago International Children's Film Festival, which is being held from 5-14 November.

Set in a whimsical world full of magical creatures, "Tarsilinha" follows the fantastical journey of an 8-year-old girl who sets off to save her mother’s memory. The film is inspired by the groundbreaking work of Tarsila do Amaral, the famous Brazilian modernist painter, who had a critical role in the emergence of modernism in Brazil.