The idea $400 million film studio stemmed from a boom in film production and the unique sceneries of the region. The studio complex will include four sound stages, water tank, animation, and post-production facilities. 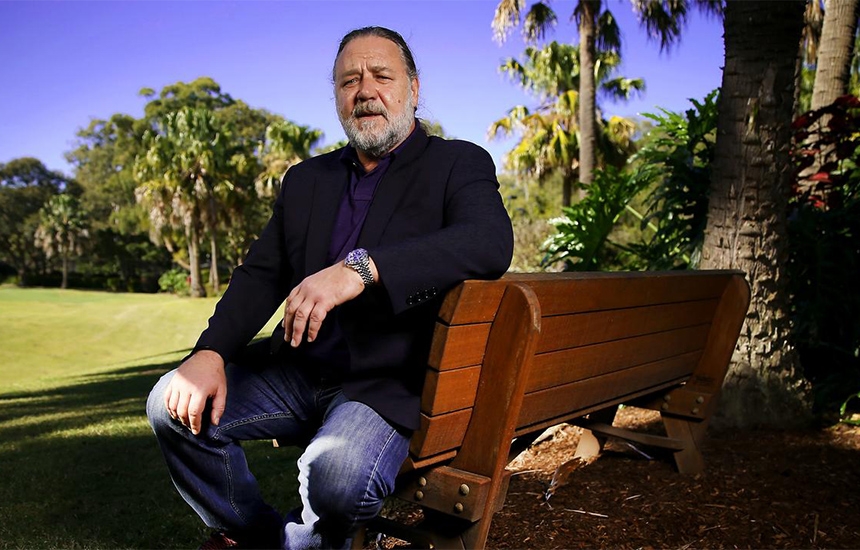 Leading Australian actor Russell Crowe has announced his plans to launch a new production studio, Pacific Bay Studios in Australia, where he has been residing for 25 years. The project has an estimated value of $400 million.

The studio complex will be made up of 100 acres, including a luxury resort. Four sound stages will be implemented, as well as a water tank, animation, and post-production facilities. The package would create skills, jobs, and educational opportunities. With 100 hotel rooms and leisure facilities, the Pacific Bay studio would enable cast and crew to stay onsite. “It’s not a new idea. If you go back to old Hollywood studios and bungalows – they also offered accommodation to suit the precarious hours of shooting,” says Crowe.

The project's development stemmed through a partnership between Crowe, as the major investor, and Peter Montgomery, owner-operator of the 100-acre Pacific Bay Resort. “We don’t plan to compete with Disney or Warner Bros. We are looking at making this a bespoke production facility to ensure the small to medium films, and the $10 to $100 million projects, will have a space in the film infrastructure framework of Australia going forward,” said Crowe.

The idea stemmed from a boom in film production following a massive amount of suspensions and delays amid the pandemic. “The opportunity to build a facility like this spreads opportunity through the community by creating jobs, but not just jobs: actual professions and careers,” Crowe said. “For a number of years, I’ve been thinking how I might be able to combine where I live and my work.”

Recently serving as a setting for Amazon Prime and Hulu drama series “Nine Perfect Strangers,” starring Nicole Kidman and Melissa McCarthy, the Netflix comedy “Gods Favorite Idiot,” and the controversial Netflix reality series, “Byron Baes," the region offers unique sceneries such as that of the Byron Bay, attracting lots of Hollywood attention. Critics say the boom may be only temporary. “Building studios in response to Covid is a terrible strategy because [the global crisis] is not going to be around for very long,” said former Roadshow head of production and ScreenWest CEO Seph McKenna.

The new Australian studios will also take the pressure off existing facilities in Sydney, Melbourne, Adelaide, and on the Gold Coast. Various Hollywood stars will contribute to the projects set to be executed there, including Chris Hemsworth, Matt Damon, Tom Hanks, George Clooney, Julia Roberts, Idris Elba, Melissa McCarthy, and Tilda Swinton. Crowe says he will keep a “close design eye” on all aspects of the facility, which also includes tourism functions. “All the boxes are ticked in terms of what we need to complete the facility, now we just need to keep the momentum going,” said Crowe.

We don’t plan to compete with Disney or Warner Bros. We are looking at making this a bespoke production facility to ensure the small to medium films, and the $10 to $100 million projects, will have a space in the film infrastructure framework of Australia going forward.” Russell Crowe Actor