The company explained that its motive for the sell is that it will prioritize Techwood, another property it owns in Atlanta. It's currently avoiding questions about whether the move signals impending layoffs. 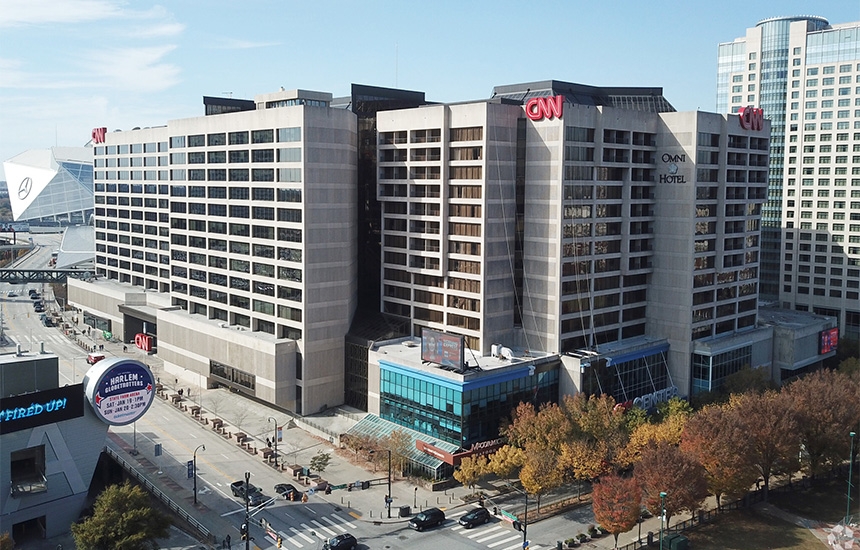 WarnerMedia leadership announced that it plans to sell the CNN Center in Atlanta. The company is currently avoiding questions about whether the move signals impending layoffs. The company, consisting of other media giants such as HBO and Warner Bros. Pascal Desroches, the Chief Financial Officer for WarnerMedia said the company is prioritizing Techwood, another property it owns in Atlanta. "Following the sale of the CNN Center, we plan to centralize most of our employees on the Techwood campus," Desroches wrote in an internal memo. "This process will take several years, so we don't expect any immediate changes for employees working at the CNN Center."

As a method to answer questions on an internal FAQ-style information sheet, WarnerMedia leadership explained why the iconic location in Georgia is being sold, but maintained that WarnerMedia will not be leaving Atlanta altogether.“Our strategy is to consolidate our teams in state-of-the-art hubs to maximize collaboration. This is a strategy we are also implementing at our other primary business locations, most recently at Hudson Yards in New York City and our Ivy Station project [in Culver City, California], currently in development. We believe this creates a more collaborative working environment for our employees.”

The company explained that working from home has allowed them to analyze space solutions that are more agile for the appropriate teams.It recently undertook extensive renovations to our campus to better enforce a culture of innovation, creativity, and collaboration, and will continue to invest in Techwood. Previously known as Time Warner, it struck a similar deal upon selling its New York headquarters building in 2014. CNN's New York offices and other parts of the enterprise moved to a new neighborhood, Hudson Yards, in 2019., along with others in previous years.

The CNN Center building has been the network's hub since 1987. While most newscasts are now anchored from New York and Washington, CNN Center control rooms and production teams keep the network. Key functions like the website and the standards and practices department are based there. "Downtown Atlanta has seen great investment and is quickly becoming an entertainment destination," Desroches told staffers. "The CNN Center is of great value to a third party that specializes in such developments."

Downtown Atlanta has seen great investment and is quickly becoming an entertainment destination. The CNN Center is of great value to a third party that specializes in such developments.” Pascal Desroches Chief Financial Officer for WarnerMedia