The titles the companies will prioritizes include "George of the Jungle," "Mr. Peabody & Sherman," "Dudley Do-Right," "Rocky & Bullwinkle," "Super Chicken," among others. 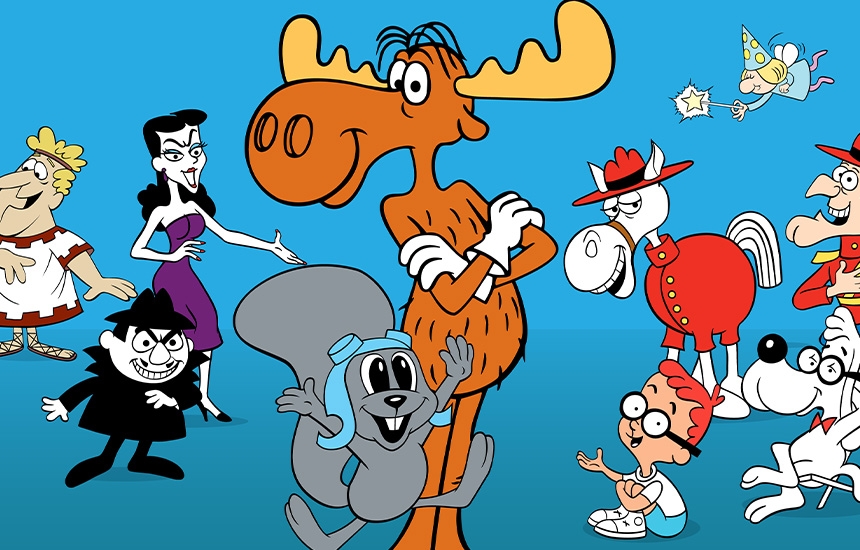 WildBrain signed an agreement to help produce, license and distribute "George of the Jungle," "Mr. Peabody & Sherman," "Dudley Do-Right," "Rocky & Bullwinkle," "Super Chicken," among others. Under the terms of the deal, the company will add 788 episodes of Jay Ward Productions’ classic animation to its distribution library, and the two companies will collaborate together to create content based on the Ward portfolio.

The new partnership will be led by WildBrain’s CEO, Eric Ellenbogen, with Tiffany Ward, President of Jay Ward Productions and daughter of the late, acclaimed animation producer Jay Ward, who created popular cartoons of the 1950s and 60s. Two decades ago, Ellenbogen and Ward created Bullwinkle Studios through Ellenbogen’s former company, Classic Media, which was sold to DreamWorks in 2012 and now forms part of NBCUniversal.“Everything old is new again,” Ellenbogen said. “I’m delighted to be reunited with Tiffany to bring new audiences the hilarious characters and shows created by her father, which are part of the canon of the world’s greatest animation. Never has there been a better time to refresh classic branded IP like this, just as we are doing with so many of our evergreen WildBrain brands.”

The long-time collaboration between Ellenbogen and Ward resulted in such projects as DreamWorks’ 2014 animated feature film, Mr. Peabody & Sherman; as well as two new series animated by WildBrain, including 52 episodes of the Emmy-nominated The Mr. Peabody & Sherman Show, commissioned by Netflix from DreamWorks; and 26 episodes of the Emmy-nominated The Adventures of Rocky and Bullwinkle, commissioned by Amazon Studios from DreamWorks. The "George Of The Jungle" epsidoes werre produced by Bullwinkle Studios and a further 52 episodes later produced by August Media.“I’m thrilled to be teaming up with Eric again,” said Tiffany Ward. “Our past partnership with Bullwinkle Studios was prolific and successful, and now that Eric is at the helm of a creative powerhouse like WildBrain, I’m excited to work with him and his fantastic team to broaden the legacy of my father’s work to new generations of kids and families.”