The festival Africa in Motion unveils its 2022 full programme

The event will run from 11-20th November and is Scotland’s major annual celebration of African cinema, bringing a wide variety of creative stories from across the African continent. 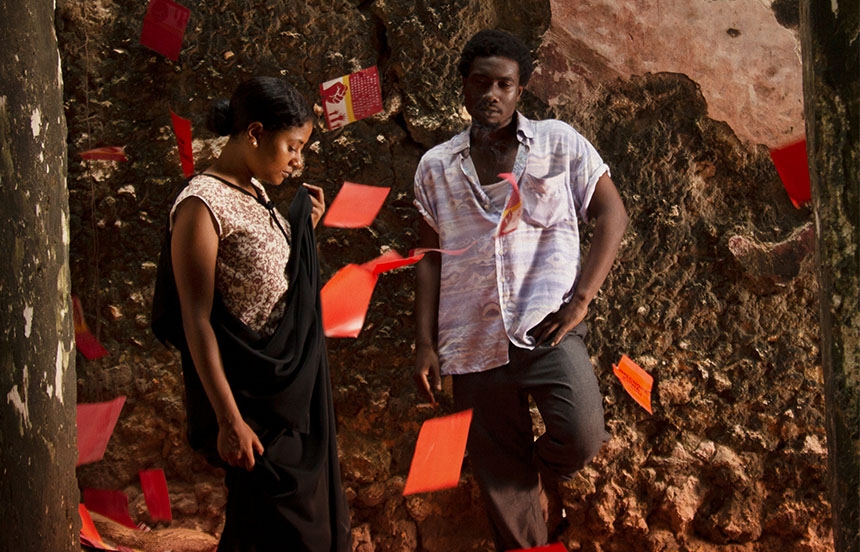 Africa in Motion (AiM) will present the 17th festival edition in a hybrid format (11 - 20 Nov 2022) to increase the festival’s accessibility and broaden its UK audience. Africa in Motion is Scotland’s major annual celebration of African cinema, bringing a wide variety of creative stories from across the African continent.

This year’s edition will include over 40 films, as well as events, filmmaker Q&As and workshops. Liz Chege, Africa in Motion Festival Director, says: “We are deeply humbled to be in a position where we can support emerging filmmakers from the Black diaspora once more, and for the first time since 2019, offer an in-person edition. With the cultural sector in Scotland experiencing such a precarious time, we feel more than ever that our collective future rests on supporting each other to flourish. A heartfelt thank you to our audience who continue to champion African voices so passionately and to our committed, diligent team.”

This year’s Opening Film will be the Scottish Premiere of Amil Shivji’s "Tug of War" (Tanzania, 2021), an epic period drama based on Adam Shafi’s Swahili novel “Vuta N’Kuvute”. The Festival closes with the Scottish premiere of Omar El-Zohairy’s’s "Feathers" (Egypt, 2021) an absurdist dark comedy about a wife and mother who, faced with financial ruin, embarks on an arduous but liberating journey taking on the role of the family breadwinner.

SPECIAL PROGRAMMES
Frequency Adjustment is a strand celebrating the influence that African and Black diaspora artists have had on the Punk and Metal music scenes. The strand title is inspired by a collective feeling within the Black community to find both psychological release, and new ground, following the traumatic events in the lead-up to the Black Lives Matter movement and the impact of the COVID-19 pandemic.

Restored and Rediscovered is a special programme presented as part of Cinema Rediscovered on Tour. Africa in Motion is screening two films; Sarah Maldoror’s classic "Sambizanga" (Angola, 1972) for its 50th anniversary, and Ron Mulvihill’s Maangamizi, "The Ancient One" (2001), Tanzania's first entry to the Academy Awards, a film that was executive produced by Jonathan Demme.

Yung Nollywood showcases the diversity of female directors within Nigeria, and in the Diaspora while The Queer Africa strand is a spotlight on the shifting landscape of African queerness. On the other hand, Coconut & Cane is a special year-round programme designed to strengthen ties within the Black diaspora using film, poetry, music and food.

SHORT FILM COMPETITION
The selected films for Africa in Motion’s 15th Short Film Competition are; "Baba by Mbithi Masya" (Kenya, 2022), "From Here to There" by Remy Ryumugabe (Rwanda, 2022), "Grace" by Johanna Makabi (France, 2022), among others. Africa in Motion will host panel discussions with directors featured in the short film competition.

Lastly, the festival will also be presenting a preview of Nikyatu Jusu’s Sundance-winning "Nanny" (USA, 2022) a psychological thriller produced by Blumhouse about a Senegalese woman haunted by supernatural forces and a special screening of Leyla Bouzid’s "A Tale Of Love and Desire" (Tunisia/France, 2021) in partnership with Bird’s Eye View and T A P E Collective as part of their Found in Translation project.