Pavla Krecmerova: "'My Story' could be the story of anyone"

The Czech producer and Founder of Filmies describes her first movie based on her own domestic violence experience and gives details from her next projects. 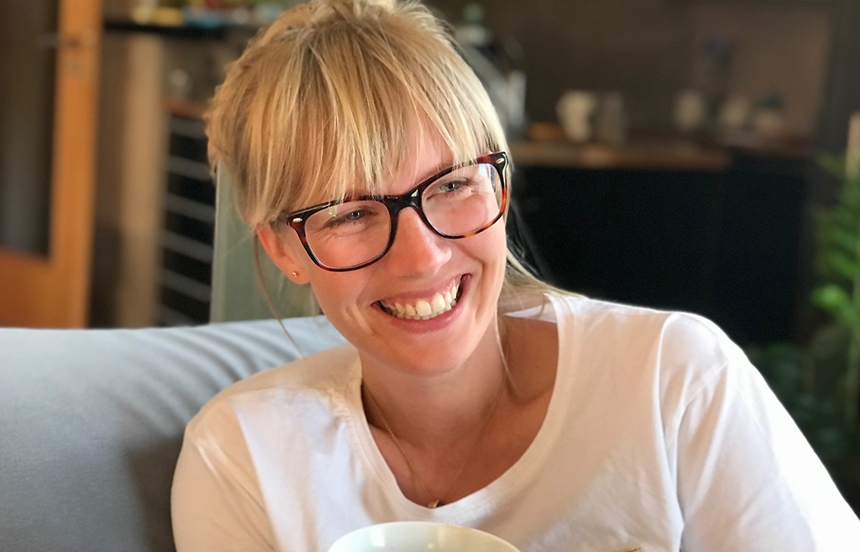 Pavla Krecmerova, producer of "My Story"

Pavla Krecmerova is a young producer in Czech Republic that for many years was working with talented producers and directors, till last year that she decided to make her own film, "My Story", an inspiring drama based on her own true life story. The film was produced by PAL production and picked up by Metro TV for its distribution in Latin America. Krecmerova talked with Señal News about this strong drama and her next projects.

Recently did you launch your own film with Filmies, "My Story". What may you tell me about this new project?

"First of all 'My Story' is a real story, and it happened just recently, I have my own experience with domestic violence and I knew from the beginning that I must make this story real, I needed to write a script about the journey back to normal life, which was so hard even for me. I ended up in a situation being isolated and stupidly listening to my husband. But I  needed to seek the way out. So I started this script and I wrote 12 versions of the script,  I wrote 12 versions of Elisabeth, the main character and in each upcoming version Elisabeth is stronger and stronger. It was my therapy. And I am helping others with cleaning after the situations I have been in. — I hope I can help someone. I just chose Vlastina because I was reading about her and her story with domestic violence. It helped me to get over my situations , so I believed she will be the best for Eli. 'My Story' could be the story of anyone, because domestic violence you do not feel it as a violence, it is intense stress, and a sort of prison. Majority of women easily find out how to make one peace with such a situation, but inside they suffer.  I took it as a sort of mission that needs to be part of society. I want to tell the story to as many women as possible, because I believe it might help someone. I am constantly working on it, so I have dubbed it to Spanish, I did English dubbing by myself and I sold it to Russia and they did their own dubbing, plus we are working on Portuguese dubbing as well. I am also writing a book as a continuation of the title. I believe there must be strong sorties to be told to the society. We need to speak out on this topic! I hope that one day women will be able to admit that they have been victims of domestic violence without being shamed."

How did the movie resonate in Czech Republic audiences?

"Very well, it has been released in more than 200 articles!. On local TV, it was watched by 1 MIO viewers, which is 10% of the entire country including kids and grandparents, we were in the top 8 on Netflix and iTunes. So many people wrote back to us, we had received thousands and thousands of personal reactions, stories and dozens of decisions to end some toxic relationships, which was a victory for us. I do not need any awards for this movie, and actually I do not care about any competition for 'My Story', I only want to change some lives into better lives, so I did in my case. If 'My Story' helps to save one life, it pays off all the effort I made."

After My Story's launch in Czech Republic, the movie was dubbed into Spanish. Why did you choose that language?

"Spanish dubbing was part of the deal with Columbia. Then we made a deal with LatAm, which required Portuguese dubbing. I sold it to Russian countries and they made their dubbing. I believe in this movie, so I invested money into English dubbing and I hope we can get closer to women-victims that are sitting at home and could not sleep. Maybe we will make at least one other woman happy again! Love supposed not to hurt!"

Are you working on other different projects?

"Yes, again, women oriented topic. Those topics that are not attractive for male creators. I am finishing my book, which is the continuation of 'My Story' - It is about 5 strong super strong and very successful women who were victims of domestic violence but changed their lives into better lives. Currently I am writing a script about a woman (Czech origin) that went to live her dream in the USA. She almost made it but she ended up in prison because of Conspiracy Charges. So she was innocent, she didn't know about her husband's activities, which apparently at that time were legal. But they ended up both in prison and both were forced to make an agreement. She was scared to death, because they were pushing her for a tribunal with civilian judges, where they could end up with life sentences. So however they were innocent, they signed up for an agreement, proved herself guilty of conspiracy charges and she was in prisoned for 9 months. Her husband of 2,5 years.  After this case, law had been changed and his activities were illegal. This experience has changed their lives, they can not travel".