ROCK FILMS, AN ACTIVE PLAYER IN THE INTERNATIONAL CO-PRODUCTION FIELD

Alexey Uchitel, CEO of Russian film studio, introduced themajor projects of the company and expressed his desire to start making series. The production company has mademore than 50 films, features and documentaries. 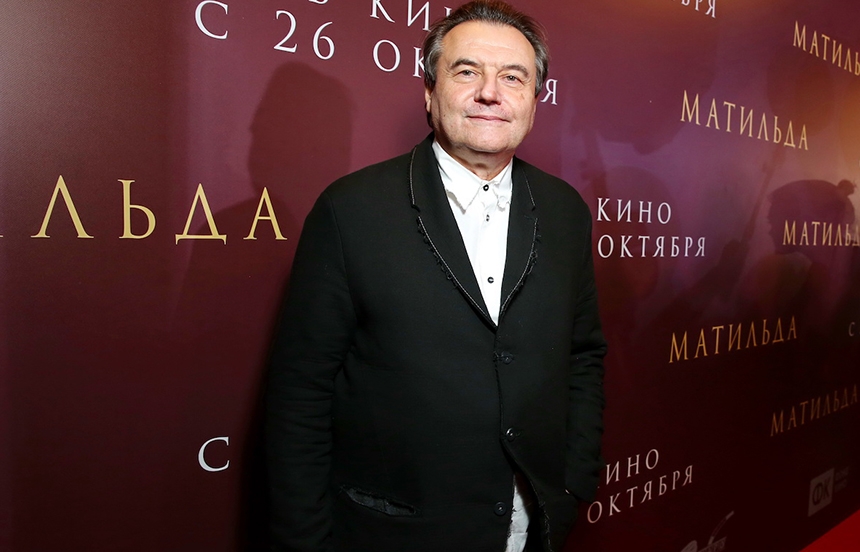 Rock Films is a 30 years old film studio founded by director and producer Alexey Uchitel and producer Kira Saksaganskaya, producing more than 50 films, features, and documentaries. It is powerful in supporting first-time filmmakers and has given a chance to make their first films to some now-famous directors. It has also collaborated with Russia’s major TV channels and VOD platforms on various projects. "Rock Films is an active player in the field of international co-production," commented Alexey Uchitel, founder of a Russian film studio, to Señal News in an exclusive interview. "There are quite a few films produced in partnership with France, Belgium, Poland, Latvia, and others," he expressed. Also, Rock Films is the partner and co-organizer of the Russian Film Weeks in the United Kingdom and the USA.

Rock Films is currently working on "Zemun," a debut feature film by a young writer and director, Eduard Zholnin, supported by the Ministry of Culture. "The story centers around two brothers, and the conflict between them sends us back to the biblical story of Cain and Abel, making the film truly universal," described Uchitel. "Zemun" is now in the post-production stage and will be released in winter 2021. "We are talking to several festivals regarding its festival premiere," he added.

"The Flying Ship" is a fantasy film directed by Ilya Uchitel, whose previous sports drama, Streltsov, was released theatrically last autumn and, despite all the COVID realities and admissions limitations, had 1,5 million theatrical admissions in Russia. "The Flying Ship" is based on Russian folklore. Top Russian actors are already attached to the project. The film is now in the pre-production stage, and the shooting will start at the end of summer 2021.

"Shostakovich" is an ambitious new project in development and probably merits separate coverage. Conceived not as a traditional biopic but rather a very little-known to the public true story of the genius composer, it will be directed by Alexey Uchitel. Rock Films has attached a UK partner for co-production and is aiming for an A-star actor for the main part.

"Rock Films’ talent as a production company is about the ability to find the right balance between awards winning motion pictures that cause a public stir and commercial films that become box office hits. The studio is very keen on pictures with a powerful vision of the filmmaker. Another signature line of work for our studio is debut films: Rock Films discover new names and support new talent, helping them find their voice. Over the past few years, we have brought quite a few outstanding first-time directors into the award limelight of international A-list festivals, including Yuri Bykov, Ilya Uchitel, Philipp Yuriev, and Dmitry Rudakov," told Uchitel.

Talking about the production challenges in the middle of a global pandemic, Uchitel commented: "We were shooting 'Palmyra' last summer, and we had to do daily tests for the whole crew. The risk of stopping the production of a high-budget action with many extras and machinery involved if a virus outbreak onset was very present. Luckily, and thanks to the measures taken, all went well".

Currently, Rock Films is interested in making series, and it's actively moving in this direction. Rock Films' first project of the kind was "Coronation" – miniseries based on our feature film Mathilde. The series was released on Amediateka, a Russian media platform and at the same time Russian “home” to HBO, in 2019. "At the moment, both the studio and I personally are actively engaged with several platforms, negotiating a few large projects at the same time. I am certain that we’ll be announcing several distinct series shortly. One of these projects - the mini-series 'Plevako,' a period drama about the legendary Russian lawyer Fedor Plevako starring Russian superstar Alexander Petrov. 10 episodes will be produced together with VOD platform PREMIER; shooting will start in September 2021. We’re very excited about this cooperation and are looking forward to making it".

Nowadays, Russian productions are appealing to global audiences. "We are very scrupulous about the quality of everything we do. This is about all and any stages of work, from scriptwriting and early development to final touches to the distribution strategy,"  explained the Russian director and producer. "We pay a massive deal of attention to all the production stages; for example, one of our latest films, 'Palmyra,' had, no doubt, the best stuntmen out there. And during the rough-cutting stage (i.e., with no VFX applied just yet), we already pre-sold it to several territories," he affirmed. "To stay in line with the expectations of our 21st-century viewers, we’ll be maintaining our quality principles. Nowadays, with the oversupply (if not congestion!) of content so typical for our lives, the temptation is very high to simplify here and there, maybe save some time on this and that, and approach tasks less meticulously. Well, we won’t do that. Instead, we’ll continue to support and sustain the highest quality of our products, including both feature films and series," he stated.

We are very scrupulous about the quality of everything we do. This is about all and any stages of work, from scriptwriting and early development to final touches to the distribution strategy” Alexey Uchitel CEO of Rock Films