Across the UK, Germany, France, Spain and Italy, time spent streaming on Samsung Smart TVs has increased +61% to 2 hours and 53 minutes per day, according to a report commissioned by Samsung Ads Europe. 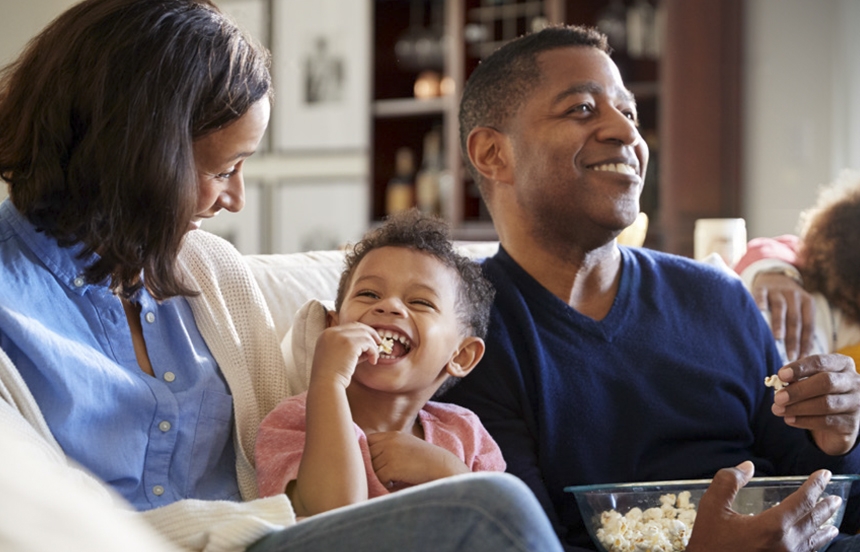 Across the UK, Germany, France, Spain and Italy, time spent streaming on Samsung Smart TVs has increased +61% to 2 hours and 53 minutes per day. By comparison, time spent watching linear TV was up 34% to 2 hours and 30 minutes by the end of 2020, according to a report commissioned by Samsung Ads Europe, the advertising division of Samsung Electronics, in partnership with global market research agency Verve. 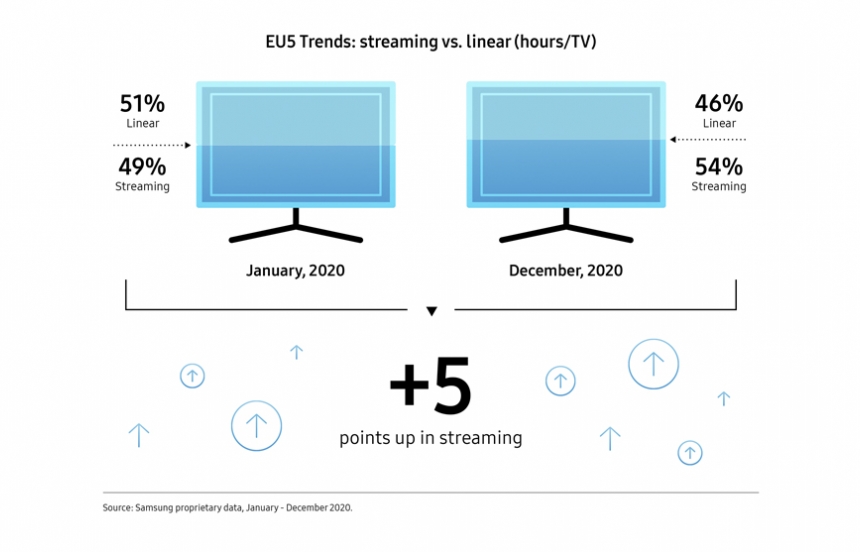 The investigation also revealed that there is also a significant increase in the share of the “Streaming only” audience, which now accounts for 15% of the total Samsung TV audience across the five countries studied in this report. In Germany, for example, Samsung TVs have the highest propensity to be heavy streaming devices, with nearly a fifth of all TVs watching 93 hours of streamed content per month. The UK is not far behind with 17% of “Streaming only” TVs watching 88 hours of OTT content per month. 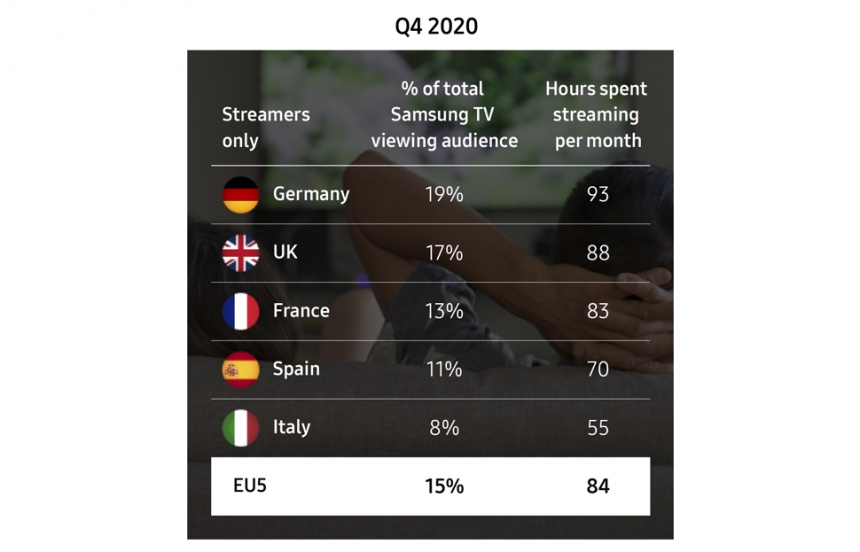 When looking at streamed content on Samsung TVs throughout 2020, subscription on demand services took a firm lead. SVOD potentially reached a level of maturity in 2020 as the share of streaming time dropped by 1 percentage point by the end of that year. However, whilst SVOD's viewership share remained almost unchanged in relation to other streaming platforms, overall viewing time has grown significantly across Europe.

In terms of new trends, according to the report, ad-supported video on demand (AVOD) is the one to watch. The average view time of AVOD has grown significantly from 25% to 31% of total streaming time on Samsung Smart TVs across the UK, Germany, France, Spain and Italy. On Samsung TVs, the AVOD audience reach has increased by 14 percentage points across the five countries studied in this report, from 69% of Samsung Smart TV users who viewed AVOD content in January to 83% in December 2020. The percentage of Samsung TVs that watched video on demand content increased across almost all VOD categories, with SVOD and AVOD leading the reach. 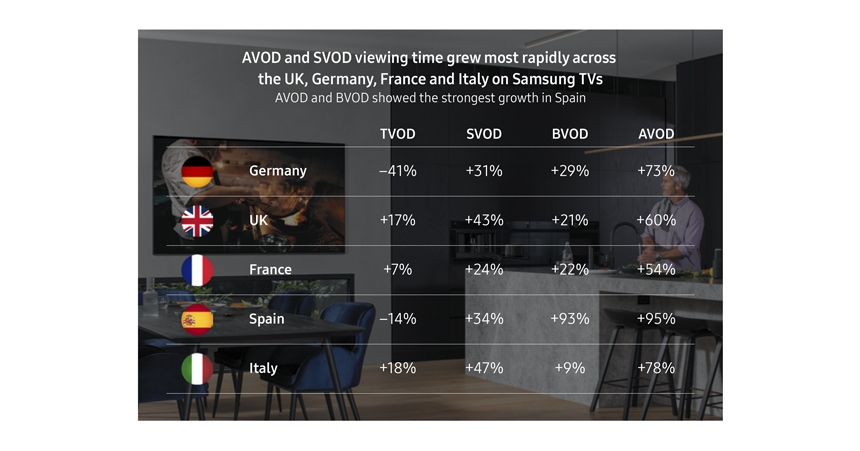 In the United States, AVOD platforms have seen substantial growth in 2020 with the top 5 streaming platforms pulling in an estimated US$849 million in advertising revenues in the last quarter of 2020. In Europe, the study noted AVOD is still in its infancy and has been largely dominated by YouTube, but with the arrival of platforms such as Rakuten TV, Pluto TV and Samsung TV Pus, new opportunities are opening up for advertisers within curated streaming environment. 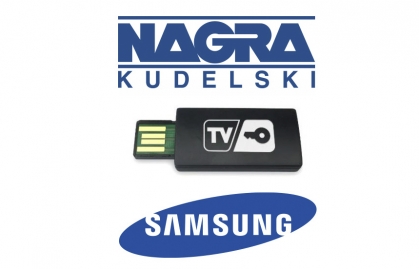