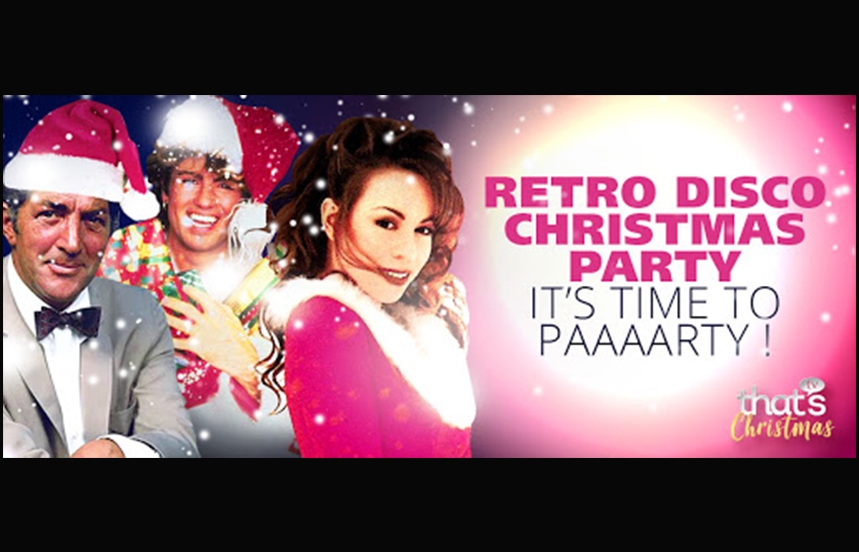 That’s TV, the UK’s most popular music TV channel has rebranded its network to That’s Christmas for the 2020 festive season following its most successful ratings month ever. The rebrand will see festive party music broadcast on channels 7/8 of Freeview, across the 20 metro regions in the UK served by That’s TV’s regional Freeview licences. The dedicated seasonal programming line-up on That’s Christmas will also include classic episodes of drama from yesteryear such as "Take The High Road" to add a nostalgic flavour to the festivities.

That’s TV’s Chief Executive, Dan Cass, commented: “I think we have all gotten more nostalgic during the pandemic. That’s TV has seen a surge in popularity for classic music and while unimaginable circumstances are unfolding, revisiting a time when things weren't so unpredictable can provide a sense of contentment and escapism for our UK viewers. The seasonal rebranding to That’s Christmas allows us to put a specific focus on the magical music of Christmas and provide some festive cheer amongst the nation. 2020 has been a rollercoaster year, so for viewers to be able to party at home to some of their favourite Christmas music will be a truly uplifting experience at the end of a difficult year.”

According to the official BARB audience ratings, That’s TV attracted over four million viewers in October 2020 – its highest ever reach – cementing its position as the UK’s number 1 music-based channel. That’s Christmas will continue to bring audiences their fix of retro hits from the 70s, 80s and 90s alongside That’s TV’s award-winning local news and information service on weekdays.

The That’s TV network is part of That’s Media, the UK’s largest operator of local TV services. The company now operates 20 of the 34 local Freeview licences granted by Ofcom and reaches over five million homes in Scotland, South Wales, North West England, Yorkshire & Humber, East Anglia and the South of England.  That’s TV is operating a model designed to deliver local TV news on weeknights alongside a network programming ‘spine’ comprising of music and nostalgic TV.