French animation production and distribution company announced a number of pre-sales in Europe for the charming pre-school series produced by Supermonks Studios (France). 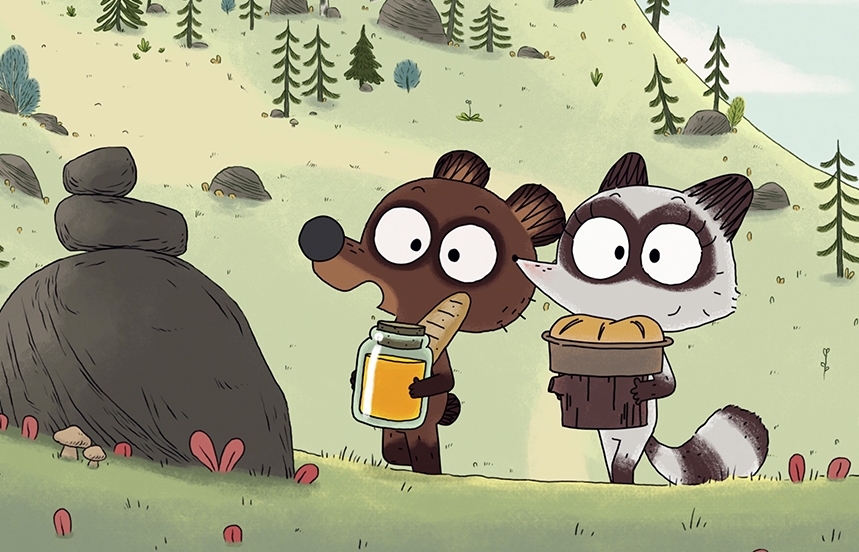 Dandelooo is also pleased to announce that "Pompon Little Bear" has been selected for the Super Highlights promotion by TV France International during their annual TV event Le Rendez Vous Biarritz 2020.  The promotion on Wednesday 9th September at Publicis, Champs Elysées Studios, will include a live presentation, contest, and a 30-minute broadcast of the series.

“We are thrilled that Pompon has ‘pawed’ his way to channels in Europe and we look forward to introducing him, his best friend Rita, and their heaps of fun-filled adventures to many young audiences around the world”, commented Emmanuèle Pétry Sirvin, Co-Founder of Dandelooo.

The series is commissioned by France Televisions and produced by French animation company Supamonks Studio. Based on the famous picture books by renowned and much-loved French author and illustrator Benjamin Chaud and directed by Matthieu Gaillard, "Pompon Little Bear" (39x7’) is a 2D adventure comedy series targeted at 4 to 7-year-olds.

Pompon is mischievous, cheerful, and playful but more than that he has an incredible and precious gift which brings great delight and tremendous enjoyment to his best friend Rita and his parents: he adds a bit of ‘extra’ to the ordinary.  Thanks to his imagination and creativity making him take thousands of detours along the way, growing day by day becomes child’s play!  With the little bear’s extraordinarily active imagination, every moment of every day becomes a crazy adventure or an ‘extra’-ordinary friendship.