The first episode of the 25 short stories about Ukrainian artists who did not leave Ukraine during the war was premiered on YouTube. 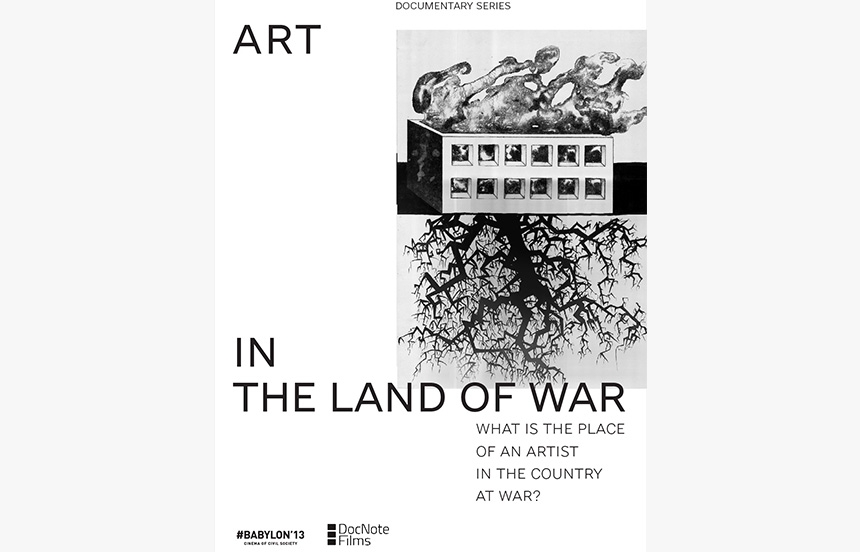 "Art in the Land of War"

DocNoteFilms studio and Babylon’13 have launched their new Ukranian documentary series "Art in the Land of War" on YouTube. The series consisting of 25 short stories about Ukrainian artists – painters, musicians, sculptors, and writers, who did not leave Ukraine during the war.

In the first months of the war, they all changed their social status somewhat. Some are internally displaced, others joined the Territorial Defense force, help as civilian volunteers, or take cover in bomb shelters. Following their everyday life and creative process, the project tries to find an answer to the central question: what is the place of art and the artist in the country at war? The protagonists of the project are well-known internationally conceptual artists Alevtina Kakhidze and Aleksander Krolikowski, painters Taras Polataiko, Olesia Dzhuraieva, and Anton Logov, caricaturist Oleh Smal, writer Lyubko Deresh, composer Alexey Shmurak, and others.

Kostyantyn Kliatskin, co-founder of DocNoteFilms and director of the series, comments: “We developed the idea of this project in April, when artists did not fully realize their place in the country at war yet. Plenty of my colleagues became volunteers, many of them built barricades, and some did just nothing, because they were lost and did not know how they could be useful. When we began to film artists from very different spheres, we saw that the question – what is the place of an artist in the country at war – was crucial. And every one found his or her own answer to it. Now, Ukrainian art doesn't only reflect the war, it also forms narratives that will shape our culture in following years.”

The first episode is already out on BABYLON'13: Ukrainian creative documentaries YouTube channel. Its main hero is Alevtina Kakhidze – a world-renowned Ukrainian artist, performer, curator, and designer. She witnessed the beginning of the full-scale invasion at her home in the Kyiv region. Observing the advance of the Russian invaders, and later the liberation of the territories, she reflects her emotions and thoughts through art.

The second episode is dedicated to print workshop Litography 30. Young graphic artists from Kyiv Taras Kobliuk, Nina Savenko and Alisa Hots did not leave Ukraine, they joined a volunteering initiative and returned to creating art. It will be released on November 23. The subsequent episodes will be released every Wednesday and Sunday on Babylon’13 International YouTube channel.

Tags
Art in the Land of War Babylon’13 DocNoteFilms