The new children’s musical show will debut in early 2023 and feature 52 episodes for ages six and up. 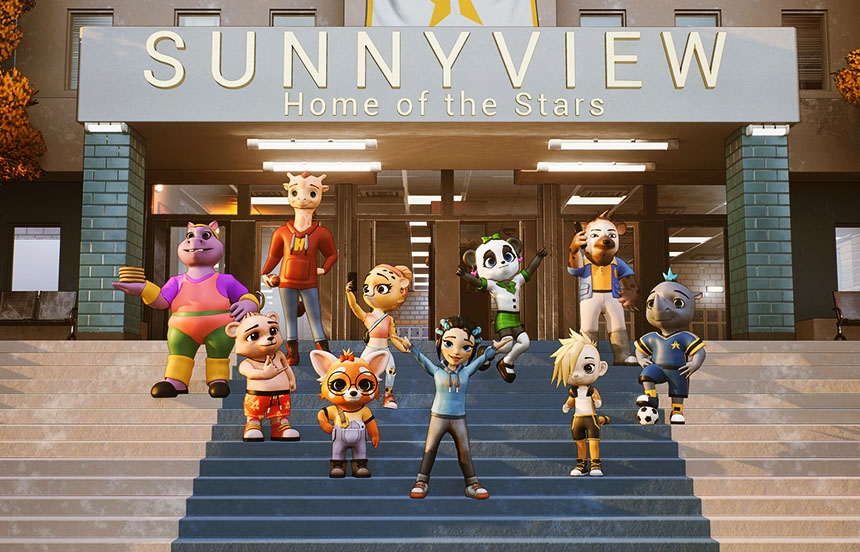 Animation and family entertainment studio, Haibu Media Group, released the trailer to their new animated musical, "Haibu’s Academy," set to launch early 2023. The series will feature music from the industry’s top music producers Randy Jackson and Ryan Perez-Daple.
"Haibu is amazing,” said American Record Executive, Randy Jackson. “I've never been part of a franchise, outside of American Idol, that uses music as a means to not only entertain, but to bring children together from across the globe.”

The comedy musical follows the life of Haibu and all her animal classmates at the world’s coolest junior high school, Sunny View Academy, as they sing and dance their way through the realities of crushes, final exams, school dances, breakups, and much more.

“We’ve been blessed with the talent of amazing producers and creators to bring to television entertainment at a level only expected from big budget films,” said Blake Freeman, CEO and Creator of Haibu. “Haibu’s story is one that’s universally relatable to a world-wide audience, and we can’t wait to see this musical come to life as we believe it will have a great impact on families and children alike.”

"Haibu’s Academy" will be a 52-episode quarter hour series is for ages six and up and is set to debut globally in 2023. The show is directed by creator Blake Freeman and executive produced by Shane Duffy and Duncan Ironmonger. The episodes are produced by Tara Price, Danielle Crane and Marvin Willson. The show's witty humor and antics are written by Jesse Bush and Frank Raducz, with Lily Gruber and Keri Ann Kimball as associate producers.