Both brands have a combined 45.2 million subscribers in the United States, AT&T revealed in its third-quarter 2021 earnings report. The number is down from the 47 million combined subscribers the company reported in Q2. 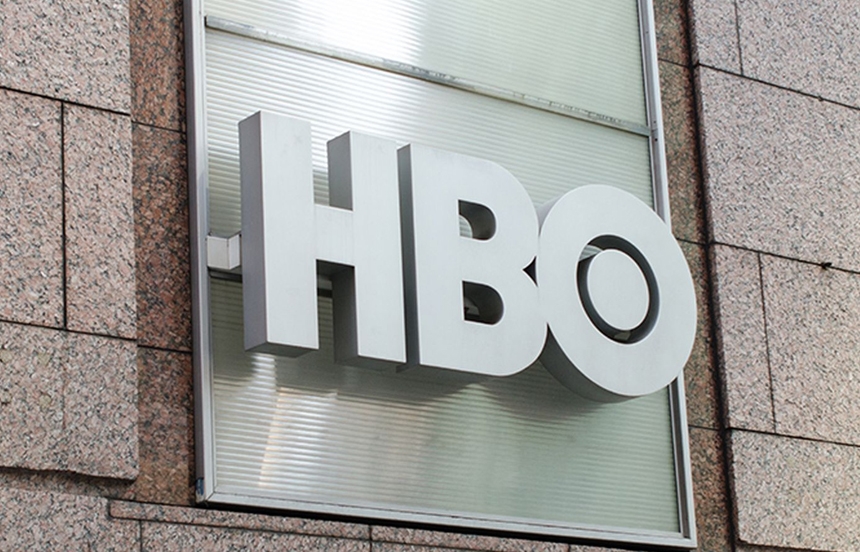 HBO and HBO Max have a combined 45.2 million subscribers in the United States, AT&T revealed in its third-quarter 2021 earnings report. The number is down from the 47 million combined subscribers the company reported for its premium cable channel and streaming service at the end of the second quarter. Globally, both brands have topped 69 million customers, up 12.5 million year-over-year.

This numbers reveal that HBO and HBO Max lost 1.8 million domestic subscribers by the end of the quarter. According to the company, this is due to the “strategic decision to remove the HBO subscription from Amazon Prime Channels”.

In the breakdown of domestic subscribers, 29 million are customers who have access HBO Max through a provider, while 12.6 million are customers who subscribe directly to HBO Max (either the commercial-free or ad-supported versions). Meanwhile, international HBO Max and HBO subs come in at 24.2 million total. Financially speaking, the telecom giant reported total revenue of $39.9 billion, down nearly 6%. The company blamed the downturn on the divestiture of Directv, which took effect on July 31. Diluted earnings per share of 82 cents (87 cents on an adjusted basis) more than doubled from 2020.

As AT&T reported its earnings, Parrot Analytics analyzed how various WarnerMedia properties fare in the competition for demand share with US and global audiences, with the goal of assessing how the future Warner Bros Discovery conglomerate will stack up to the competition in the near future. Looking beyond digital original demand - a proven indicator for SVOD subscriber growth and cultural impact - an examination of overall originals demand share and corporate demand share provides a more complete picture. 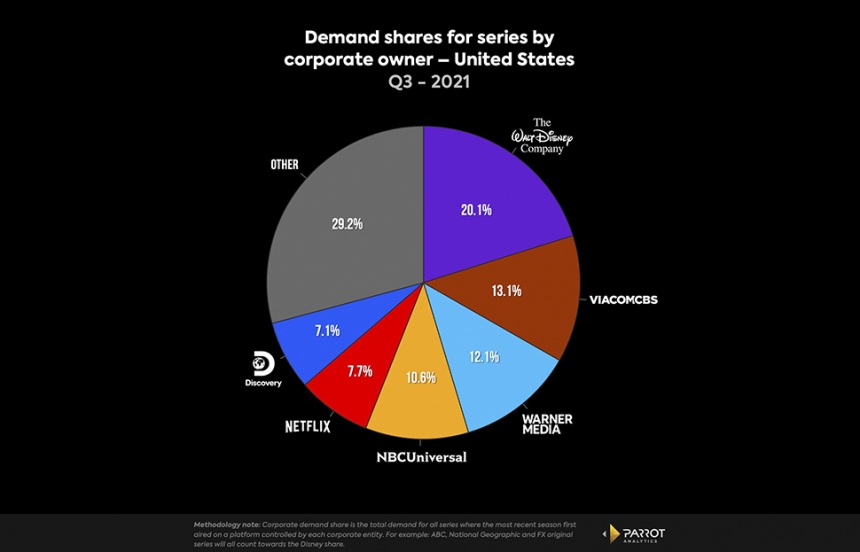 This compares how all of HBO’s content stacks up against that of its competitors, and reveals how demand for WarnerMedia’s slate compares to the likes of Disney, ViacomCBS, and others. In the United States, HBO (4.5%) has the fifth largest originals demand share, behind Netflix (7.7%), NBC (6%), CBS (5.7%) and ABC (5.1%), while globally HBO (4.9%) is in second place behind Netflix (9.7%), which bodes well for HBO Max’s international expansion.

The total demand for shows coming from WarnerMedia sits in third place in US corporate demand share at 12.1% - behind Disney (20.1%) and ViacomCBS (13.1%) - but a combined WarnerMedia with Discovery would be in a very close second to Disney at 19.2%.