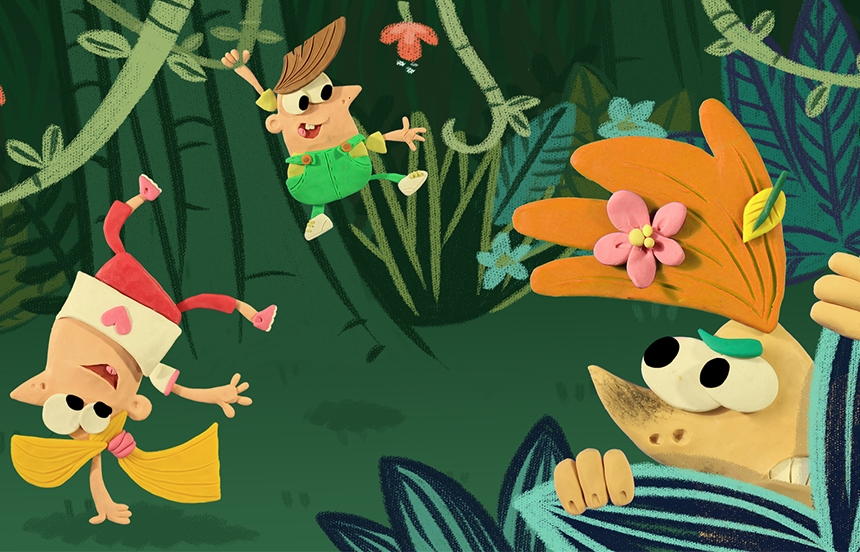 Kaprizzka is a Russian producer center based in the Perm Region, that offers services for the complex organization of film production, including Documentary and feature films and 2D-animation and graphic design.

In the company, 18 acting animators were trained and created the animated series "Kaprizzka" (12x7') under the leadership of animation expert, Sergey Merinov and working on projects of the film studio Soyuzmultfilm.

The first season of "Kaprizzka" comedy-adventure series is already completed and it's targeted to children (5-10 years old) and families. Creating and developing the series, the production company used a Technique - mixed, computerized 2D layout and plasticine animation, stop motion. "Kaprizzka" was produced by Pavel Lungin, Pavel Pechenkin, Kaprizka LLC under the artistic direction of Sergey Merinov.

The Perm Region in Russia has set as a hub production since 2018 with two feature film projects: The series "Zuleikha opens her eyes" (Sovtelexport); and the series "Two Shores" ("Profit").

Last year, "Saber Dance" won a prize in the "World without War" nomination at the Lampa International Film Festival and “From Orel to Prague. Division of black knives“ got a diploma "For virtuoso work with newsreels“ at the film festival "Russia“.

In 2021, there are four feature film projects in work: "One" (SSB Cinema); "Accomplices" (The First movie); "Chuk and Huck (Metronome) and "The hard life of a second-year student Ivan Semenov" (“Prospekt Mira”).

In the Perm Region, the system of rebates has been operating since 2019. Up to 50% of the expenses spent on the production of films in the Perm Region are accepted for reimbursement (expenses for the construction of scenery, payment for artists of mass scenes, catering and accommodation, transport, etc.).