Over 50 countries from Asia and Europe already having taken the all-action comedy adventure series and more to be set in motion shortly. 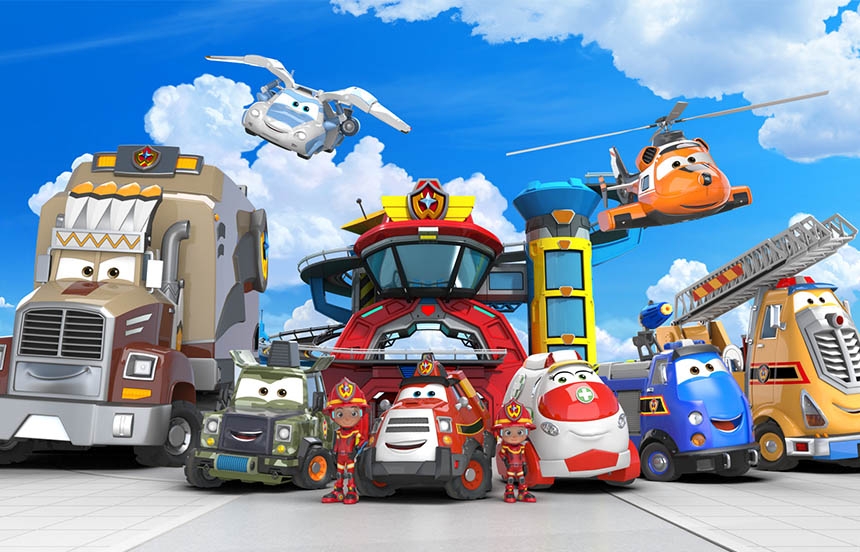 China-based production company and IP developer Reesee Entertainment announced that over 50 countries from Asia and Europe have acquired the preschool animation "Whee Wheels" (26x11') and more to be set in motion shortly.

Targeting kids aged 3 to 6, the series is currently available on more than 30 digital platforms in China, including the two leading media streaming platforms Tencent and Youku. Proving hugely popular in the territory, "Whee Wheels" was No. 1 in the Most Popular Latest Kids Show for over three weeks during the summer break.

Partnering with Popcorn studio, beyond Mainland China, "Whee Wheels" has also ranked No.1 in Korea across all preschool shows following its launch on EBS. The series has also already been wheeled out in a number of other key regions including on YOYO in Taiwan province; VIU TV in Hong Kong SAR; Astro in Malaysia and Brunei; RTV in Indonesia; Slovenia TV in Slovenia; ANI TV, First HDTV and RT Vision in Russia; and Pixel TV in Ukraine. Further inroads are due when it airs this fall on Channel One-Carousel in Russia and TV Puls in Poland, plus its launch on linear TV in Arabic regions from Q1, 2023.

Cici Zheng, joint partner and VP, content, global media and licensing at Reesee, said: “We are delighted to see Whee Wheels’ progress around the world and are working to get it spinning into more territories soon. Its irresistible mix of action and humour is proving hugely appealing to kids, while its fun stories also teach them valuable life lessons.”

"Whee Wheels" has also partnered with Chinese toy company Jumpgo to develop toy design for the property. The toy line will include vehicles, figures, and play sets featuring the show’s colourful characters, rescue vehicles and accessories and will highlight play values that help children’s development.

"Whee Wheels" follows the adventures of Captain Ray and his crew, who are shrunk to miniature size after being hit by the shrink laser of three mischievous villains fleeing to Earth – who are also reduced to tiny status! They all come to live with siblings Joon and Mina and their family. As the villain trio create chaos around the house, it is up to Ray and his brigade to take action and keep the kids safe.