The executive will be tasked with overseeing the production and financing strategies for original European television projects and drama series. The Humanoids' sister company also confirmed new expansion plans and slate of productions. 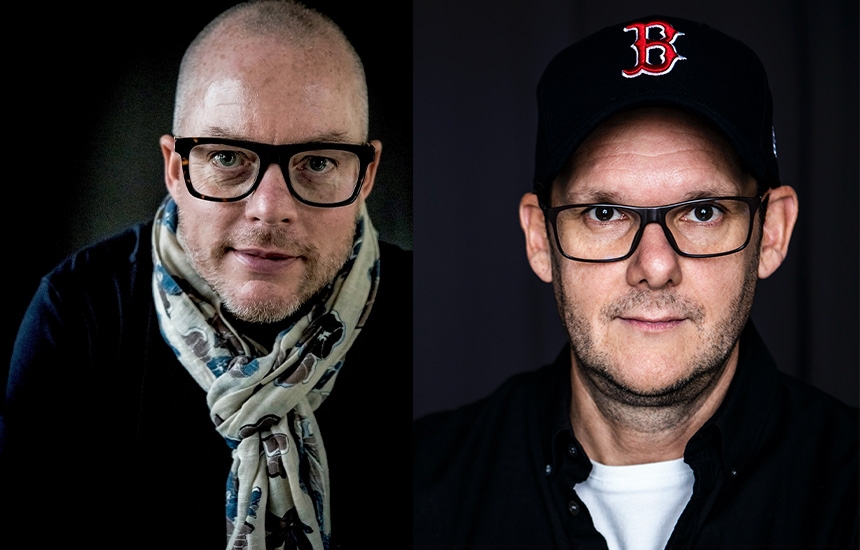 Humanoids company, Sparkling has appointed Patrick Nebout to be President and Chief Content Officer. “It’s been five exciting years and an honor working with Jan Mojto to set up Beta’s Nordic scripted activities,” said Nebout. “Now, disruptive times call for disruptive creative and production models. It’s a whole new world out there, and SPARKLING, along with Humanoids, is set for an amazing journey which I’m eager to take part in."

The former Chief Content Officer from Beta Film’s Dramacorp, will help the company's focus of original European television projects and drama series. He will also oversee the production, co-production and financing of series and movies based on Humanoids’ vast catalogue of original IP. "We’ll be focusing on unique, strong, recognizable and scalable IP that cut through the noise and have clear global potential," Nebout said. "Our approach is nimble and agile, with a bullish view to produce across several territories and markets, with innovative financial and production set-ups designed to secure control over the IP. We will be expanding to new territories in the very near term.”

Announced earlier this month, Sparkling's Nordic production outlet Skyverse has begun production on the romantic crime series Cannes Confidential, which will air on AMC Networks’ Acorn TV, TF1 and Viaplay. Skyverse is also set to produce the epic cold war dramedy miniseries Whiskey on the Rocks, based on a storyline by best-selling Swedish author Jonas Jonasson, and penned by Henrik Jansson-Schweizer. SPARKLING will be announcing several premium projects in development. Most recently, Sparkling announced the production of the feature film We Are Zombies, which is based on Jerry Frissen and Guy Davis’ cult comic book series The Zombies That Ate the World, a Humanoids property.

Alongside Nebout, Henrik Jansson-Schweizer has been appointed to the role of Creative Director for the Nordic region and will be working from Skyverse’s Stockholm office. Magnus Bimberg, HBO Europe’s former VP of Production Finances, is also joining Nebout in a central position as VP of Production Finance & Business Affairs. Nebout and Beta Film founded Stockholm-based Dramacorp in 2016. During his tenure, Nebout initiated, packaged and executive produced the reboot of iconic Swedish spy-thriller franchise Agent Hamilton as a TV series and set it up as a German-Scandi coproduction with TV4-CMore, ZDF and Beta Film. Previously, Nebout founded Nice Drama with Henrik Jansson-Schweizer, and they produced Sweden’s highest-grossing blockbuster The Hundred-Year-Old Man Who Climbed out The Window and Disappeared which sold to 40 territories. They’re also behind the Swedish-French Canal + thriller series Midnight Sun which sold to over 100 territories and is France’s biggest TV series export to date.

It’s been five exciting years and an honor working with Jan Mojto to set up Beta’s Nordic scripted activities. Now, disruptive times call for disruptive creative and production models. It’s a whole new world out there, and Sparkling, along with Humanoids, is set for an amazing journey which I’m eager to take part in.” Patrick Nebout President and Chief Content Officer, Sparkling