Provides a cash bonus of 30%, quadrupling the resources compared to the first edition. With a fund of U$D 8 million, it promotes local and international film and television production in the city. 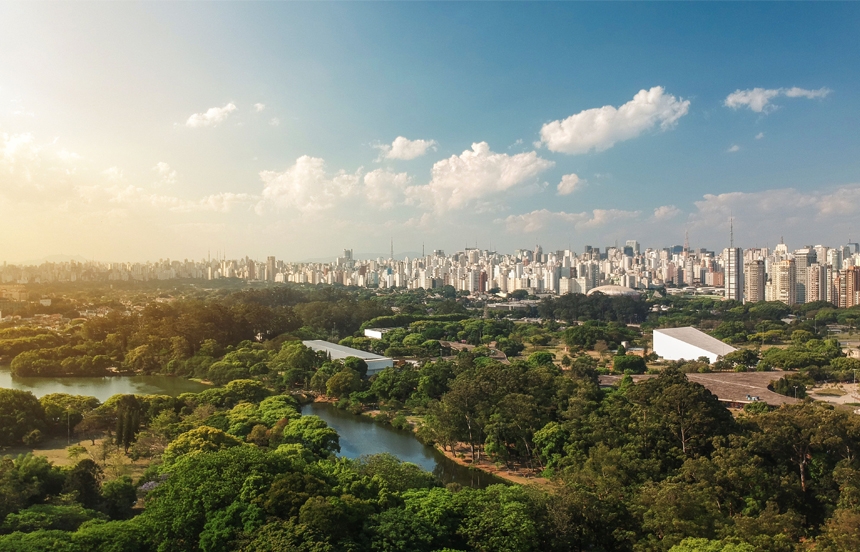 Spcine, São Paulo’s Film and Audiovisual Company, today announced the second edition of the cash rebate progamme has been given the green light, via a 30% cash rebate with the funds increased fourfold. The pioneering initiative is a joint venture between the City and the State Governments to promote and strengthen the audiovisual sector in the region with a fund of USD 8 million to support national and international productions that choose the city as their filming location.

Following the overwhelming response to the first cash rebate last year which benefited two high-end series and a feature film, the rebate scheme will continue to provide significant opportunity for increased production in Brazil and a major contributor to employment with the first rebate supporting a total of 14,000 jobs.

Ricardo Nunes, Mayor of São Paulo, said: “I am excited to see São Paulo innovating once again through our cash rebate, not only because it takes our city and state to screens around the world, but also to generate income and opportunities for our population. I am surprised by the different stories I find daily in São Paulo, thanks to my position that puts me in direct contact with the population. São Paulo is a very cinematic city: in addition to being a metropolis with the most modern and urban features, it also has its unique spaces of nature. When it comes to diversity, I’d say that it is in the DNA of our population, formed by so many immigrants from different countries and also by the indigenous communities that live here. The Cash Rebate will be able to show the unique stories of São Paulo and at the same time foster the city's economy in several sectors, not just the audiovisual one. That's the magic of the creative economy and why it's one of our city's top priorities.”

Aline Torres, Secretary of Culture of the city of São Paulo, explained: "The audiovisual industry plays a key role in the culture of São Paulo. It is the window through which the world can see the richness of our city and its diverse histories. And for São Paulo to continue advancing in the sector, through public policies, we launched the Cash Rebate 2022, in partnership with the São Paulo State Government. We have increased resources to further extend the program and look forward to receiving more high-potential projects. In the first edition of our Cash Rebate program, among the projects that received the funds, we had three outstanding productions with international potential to take São Paulo to screens around the globe. Through Spcine and the Municipal Secretary of Culture, we are working to build partnerships with the various agents of the audiovisual industry, from below-the-line professionals, indispensable in the making of any audiovisual production, to big producers and other above-the-line professionals that work in constant exchange with the international market."

Viviane Ferreira, President Director of Spcine, added: "The São Paulo cash rebate brings innovative aspects to attract international productions. The contemplated projects, evaluated using a scoring matrix with objective criteria, will be able to start receiving the resources right after signing the contracts. Diversity and sustainability come in to make sure that more equitable film productions are selected."

With Brazil’s film industry booming, the city of São Paulo now takes the leading role as the most sought-after location in the country. Spcine, the second biggest Film Commission in Latin America, has reported that over 40% of productions to date have taken place in the city and will be home to the first headquarters of the Latin American & Caribbean Film Commission Network (LAFCN).

Streamers are attracted to the vast domestic market of at least 210 million inhabitants, with Netflix set to invest in the development of 40 new titles in a variety of formats including feature films, series, documentaries, and reality shows, and Amazon announced it would produce a minimum of three original series in Brazil.

The São Paulo Film Commission has assisted over 5,000 audiovisual productions, which has resulted in USD 2.75 billion of direct and indirect economic impact in the city and generated more than 500, 000 jobs every year since 2016.

Following the pandemic, São Paulo, the 4th most populous city in the world has seen a dramatic increase in production largely due to the diversity of locations, highly skilled production crews, excellent infrastructure and robust financial incentives for national and international productions that choose the city as their filming location. Over 37% of Brazil’s leading production service companies are located in the city and is home to Netflix, Amazon, HBO Max and Disney+, among others.

Spcine recently commissioned Olsberg SPI (SPI) to undertake an assessment of Greater São Paulo’s capacity to support increased levels of national and international audiovisual production. Findings confirmed the Spcine Cash Rebate, the first and only audiovisual content production incentive programme in Brazil in this format, consolidates São Paulo as a regional and global hub for film production. SPI anticipates continued industrial growth of at least 5-10% per annum over a five-year period starting in 2022. The study also highlighted the city as a pioneer in sustainability and inclusivity by incorporating carbon credits to mitigate CO2 emissions and incentivising diversity across productions. Spcine has an affirmative plan that has been in place since 2019, and has expanded to take numerous actions that value productions placing single mothers, women, black, transgender, people with disabilities and from indigenous ethnicities in major roles of audiovisual storytelling, both behind and in front of the cameras. Furthermore, sustainability plays a major role in Spcine’s plans for the city, with a worldwide-first commitment to achieving 100% carbon neutrality on all productions central to Spcine’s strategy for the future.

In 2022, Spcine will invest in developing local film professionals through a programme designed for 1,000 creatives to learn audiovisual production and create their own short-films. Initiatives are in place to nurture, harness, and encourage over 500 local young film crews to help them break into the industry and ensure they are set ready as São Paulo welcomes more Film and TV production to the city. Efforts are also being made to expand Spcine’s screening network and audience reach with the launch of 10 new screening rooms in low-income areas with low ticket prices as part of the Circuito Spcine programme.

São Paulo’s filmmaking talent have also found international acclaim with the productions shot in the city including; ‘Bob Spit - We Do Not Like People’ directed by Cesar Cabral and shortlisted for the Academy Awards in 2022; ‘7 Prisoners’ directed by Alexandre Moratto, which premiered in Venice in 2021; and The Last Forest directed by Luiz Bolognesi, from Gullane.