The new preschool programming block based on HumanCentric learning is set to launch on the platforms this Fall. The brand hopes to add nearly 50 new animated and live-action shows within its first two years. 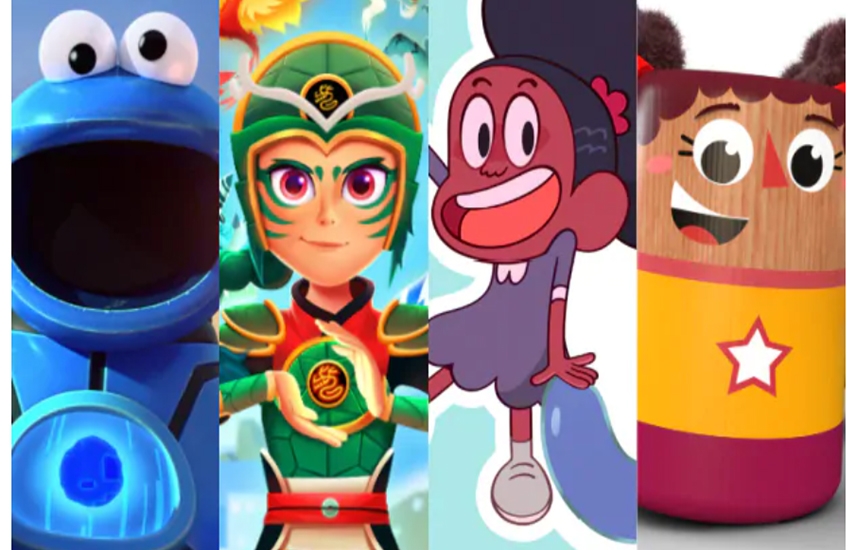 WarnerMedia has greenlit hundreds of hours of original live-action and animated programming for Cartoon Network, Cartoonito, and HBO Max as it expands its offer for children and families of all ages. “Cartoonito is our biggest commitment to preschool programming in 100 years. Our educational philosophy, coupled with the incredible caliber of innovative, educational content that will comprise this offering, is second to none,” said Tom Ascheim, president of global kids, young adults, and classics at Warner Bros.

Preschool programming block Cartoonito will launch this fall on Carton Network and HBO Max, with the brand set to add nearly 50 new animated and live-action shows within its first two years, targeting girls and family co-viewing. Based on the proprietary preschool educational framework of “human-centric learning,” the block will feature "Bugs Bunny Builders," produced by WBA, and "Bea’s Block," an animated preschool comedy series from Sesame Workshop.

Three hundred hours of new content, spanning original series, specials, and acquisitions, will debut on WarnerMedia’s global Cartoon Network channels, its fledgling streaming service HBO Max and a preschool programming block, beginning later this year. The new programming will sit alongside 3,000 hours of library content on HBO Max, which initially launched in the US in May 2020 and is scheduled to expand into Latin America and the Caribbean in June. The target audience for the launch includes kids ages 6-11.

Among the new titles are “Jade Armor,” for which WarnerMedia has taken broadcast, digital, and licensing rights in the US and Latin America. The animated action-comedy is set to debut in early 2022, having been greenlit by France Télévisions and Super RTL in Germany last year. Alongside three 44-minute Ben 10 specials produced by Man of Action, new episodes of "Craig of the Creek" and "Total Drama Island," produced by Fresh TV and distributed internationally by Cake, are in the pipeline.

WarnerMedia has also greenlit season two of “Gremlins,” the films franchise's prequel, before its launch on HBO Max. From Warner Bros Animation and Steven Spielberg’s Amblin Television, the first season, "Gremlins: The Secrets of the Mogwai," is currently in production. Infinity Train: Book Four, meanwhile, comes from Owen Dennis and is produced by Cartoon Network Studios, which is also producing a third season of Victor & Valentino, created by Diego Molano.

New projects in development for Cartoonito include "Jessica’s Big Little World" and a spin-off from Cartoon Network Studios series "Craig of the Creek." The show has been created by the latter’s executive producers and creators Matt Burnett and Ben Levin alongside supervising director Tiffany Ford. Other projects in development for children and families include The Amazing World of Gumball Movie, produced in EMEA and based on the hit Cartoon Network series, “Family Mash-Up “ and “Gross Girls.”

Cartoonito is our biggest commitment to preschool programming in 100 years. Our educational philosophy, coupled with the incredible caliber of innovative, educational content that will comprise this offering, is second to none.” Tom Ascheim President of Global Kids, Young Adults, and Classics, Warner Bros.