One Take Media Co acquired the international distribution rights of the famous kids series for the entire world, except SAARC región that include Afghanistan; Bangladesh; Bhutan; India; Maldives; Nepal; Pakistan and Sri Lanka. 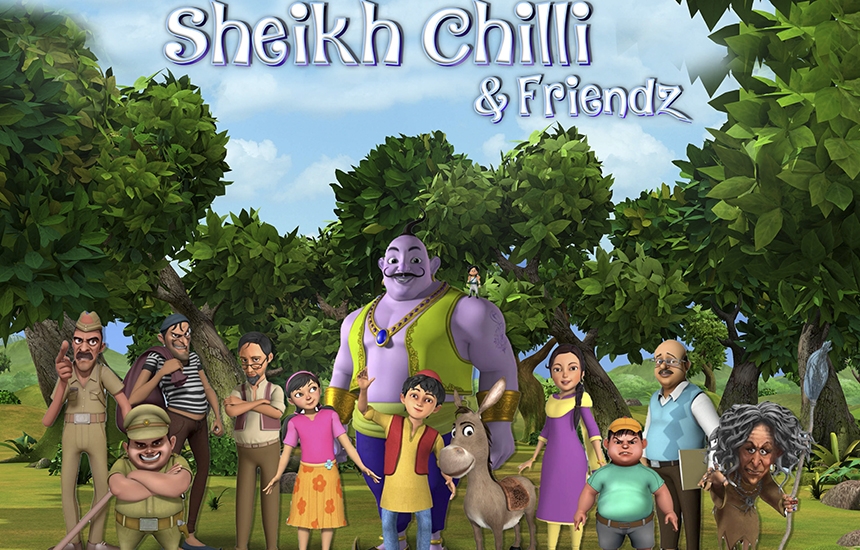 The Indian distribution company One Take Media Co (OTMC) announced an agreement reached with Apsons Entertainment for overseas distribution of world famous series “Sheikh Chilli & Friendz” for broadcast and OTT platforms in international territories (except SAARC region). The show has 104 episodes of 11 minutes each and is successfully running on Discovery Kids and has millions of followers in India.

The stories in this series have been designed keeping in mind today’s children, who are modern and have gadgets. The stories are light and are based in events linked to thechildren’s lives and have action, drama, and fun.

The main characters of “Sheikh Chilli and Friendz” are 9-year old Sheikh Chilli, who lives in a town called Jhunjhun Nagariya. He is a sweet and innocent lad and has some good friends. He has a friend Bulbul who talks a lot but is dumb-witted. Mallika is Sheikh Chill’s dear friend and very intelligent. Then we have “The One And Only” Khatkoo, who is just 6 inches tall and stays in Sheikh Chilli’s pocket. Noorie Jinn was found by Sheikh Chilli in a bottle. He comes out of the bottle only when Sheikh Chilli recites the magic words and does only what Sheikh Chilli asks him to do. Buri is a sorceress and is out to get the necklace with the blue diamond worn by Noorie Jinn. Another character is Gama, Sheikh Chilli’s class-mate but a bully and always troubling Sheikh Chilli. Lootera is the stupid thief who is always trying to rob everybody but does not succeed because of Sheikh Chilli’s gang.

Aman Bajaj, Publisher and Owner of Mayapuri Group –Lotpot magazine, told “’Sheikh Chilli & Friendz’ stories are based on magic and fantasy. The characters are based in the modern world and are well equipped with technology so that kids of this generation can connect to them.” Also, Shekhar Chopra, CEO of Lotpot has said “We are happy to collaborate with One Take Media Co. This association will take ‘Sheikh Chilli &Friendz’ to global territories.”

OTMC is one of leaders in providing value Added Services to DTH, Telecom, OTT and Cable industries, services include Hollywood Movies, Hollywood Movies dubbed in Hindi,  Kid Animated Movies/shows, Celebrity based Cooking show and Korean TV series. Anil Khera, CEO & Founder of One Take Media said “We are very confident that this acquisition of ‘Sheikh Chilli &Friendz’ for global distribution would prove to be a successful bet. We are constantly striving towards offering new media and content to our viewers. Watching the show will be a complete delight for our audience’s world over,”. 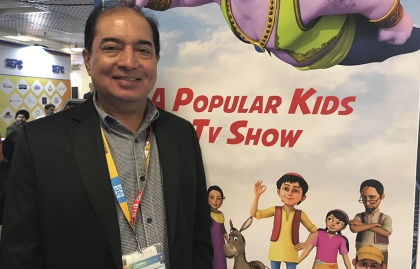