The title, "Thriller Point" is written by Daniel Brierley and produced by Jed Mercurio’s HTM Television for ITV 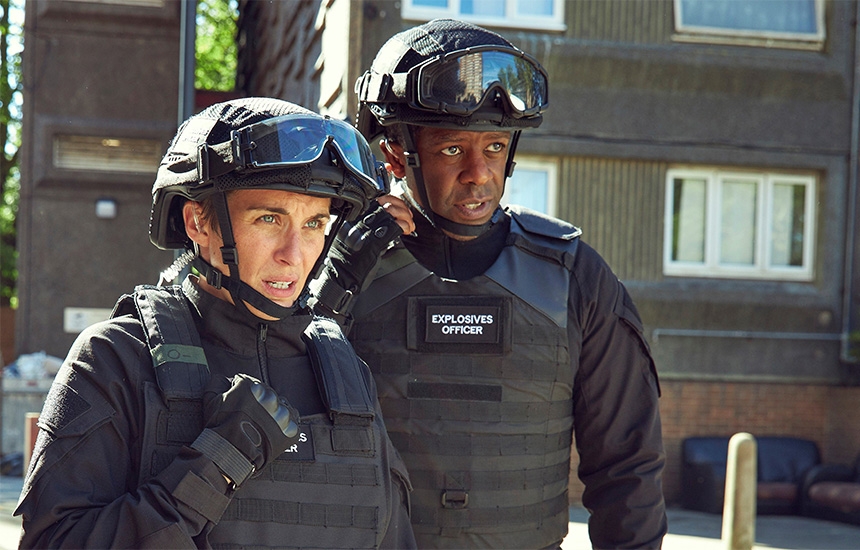 All3Media International has brokered a raft of deals on the thriller "Trigger Point," which has recently been commissioned for a second season. Following its success as one of the UK’s most-watched dramas of 2022, the distributor has announced its U.S. partner on the show is NBCUniversal-owned streaming service Peacock – and the series will premier in the USA on 8th July. In the Americas, Canadian PBS CBC has acquired the thriller for its main channel and HBO Latin America has taken the thriller in a pan-territory acquisition.

Written by Daniel Brierley and produced by Jed Mercurio’s HTM Television for ITV, UK in association with All3Media International, the six-part drama, which recently premiered on ITV to ratings winning 5.4 million viewers and widespread critical acclaim, has also attracted sales in five continents.

Following an acclaimed reception in Australia, where the series premiered on Stan earlier this year, Trigger Point has also been acquired by Pumpkin Film in China, Wowow in Japan, DBS provider OSN in the Middle East, and TVNZ in New Zealand. In a pan territory deal covering Asia, BBC Studios has taken the six-part thriller for BBC First, BBC’s premium SVOD service. In Europe, SVOD platform CMore has premiered the series in Denmark, Norway, Finland, and Sweden and a deal has also been signed with NPO in the Netherlands and with Spanish broadcaster Movistar+.

Set in the high-pressured world of bomb disposal, Trigger Point stars Vicky McClure and Adrian Lester as frontline officers who must risk their lives during a terrorist campaign in the heart of London. When a terrorist campaign threatens the capital over one summer, the Expos are at the forefront of urgent efforts to find out who is behind the bombings before fatalities escalate. Under extreme pressure and searching for answers, Lana becomes suspicious that the bomber is premeditatedly targeting her unit – but how does she prove it and discover the bomber’s real identity?