Founders Jeffrey Katzenberg and Meg Whitman nudged investors into giving $1.8 billion and pursued artists to form a variety of movies, reality shows and news programs for smartphones. The subscription will cost $5 per month with ads and $8 without, set to launch on 6 April 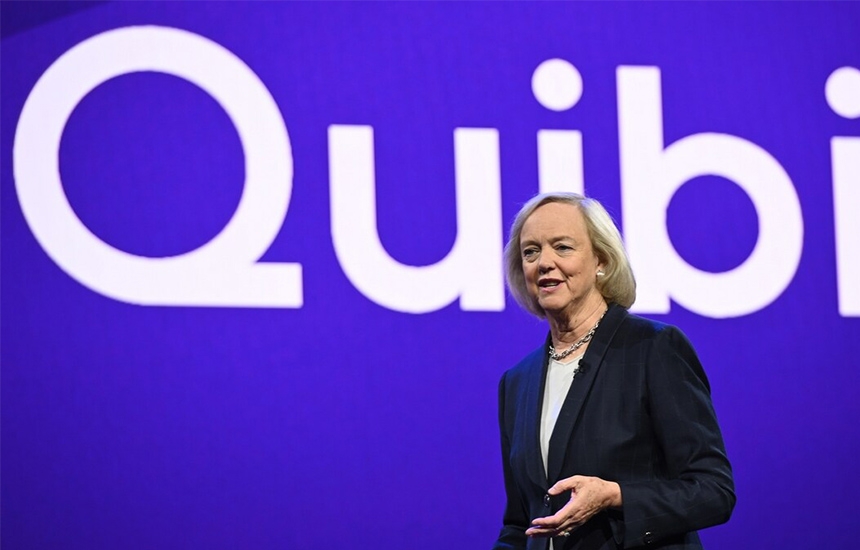 Despite Jeffrey Katzenberg and Meg Whitman's decision to cancel their Hollywood premiere party for the short-form video app for smartphones, Quibi, the app’s launch date is still scheduled for 6th April. “This is either going to be a massive home run or a massive swing and miss,” said Michael Goodman, a Media Analyst at Strategy Analytics. “On the plus side, Quibi is like nothing else. On the other hand, while we know that there is a tremendous amount of video being consumed on phones, we also know that people don’t want to pay for video on their phones.”

The two executives spent the last two years prodding investors to kick in nearly $1.8 billion, all the while courting producers and artists like Jennifer Lopez, Lebron James, Chance the Rapper, Idris Elba, Bill Murray, Steven Spielberg, and Chrissy Teigen. Quibi will offer a variety of movies, reality shows and news programs made for smartphones. The service will be free for the first three months. After that, the cost will be $5 a month with ads and $8 without, and the app won't require a long installing process. It offers movies that will be released in chapters, documentaries and unscripted reality shows, and quick-hit news and sports reports from NBC, BBC, ESPN and others. A total of 50 shows will be available this following Monday. The company's premiere party was expected to attract 150 celebrities and 1,500 guests. “Given the quality and quantity and convenience of Quibi, we think it comes at a time when people are looking for relief, looking for distraction and looking to escape,” Mr. Katzenberg said. “Those are all the things we are trying to deliver to them.”

Quibi spent millions of dollars on advertising during the Superbowl and the Oscars, but during a poll last month, 68% of participants admitted that they weren’t familiar with the brand. Mr. Katzenberg and Ms. Whitman had an easy time making deals partly because of the following terms: the company pays for production costs and licensing rights, allowing the creators of Quibi programs to retain copyright, meaning they can sell their work to another platform or network after a set number of years. The President of Paramount Television, Nicole Clemens, received an offer from Quibi for “When The Streetlights Go On,” a script that tells the story of the aftermath of the murder of a suburban teenager that had once been shot as a Hulu pilot. ” The Quibi version will form part of the Monday launch. “Part of the reason awareness is so low is they are building a new name,” said Ross Benes, a video analyst at eMarketer. “ Quibi said. “It’s not super clear that this will cost you $5 a month and you’ll get a lot of short videos.”

Initially, when Katzenberg and Whitman made their app pitch, they described it as an on-the-go form of entertainment for those who were in line at Starbucks on riding on the Subway. But now, with most of their consumers stuck at home, the platform will go up against giants like Netflix and Amazon Prime Video, which can be accessed through a wide variety of devices. Quibi is only compatible with phones. But, Ms. Whitman didn’t raise concerns. “Think about how often you use your phone when you’re homebound,” she said. “People who are home with their children would really like a 10-minute break.” Both executives think they are looking at good odds with this app. Quibi hopes to lure viewers with its overall lineup. This is very different from a movie launch,” Whitman said. "We are building a new consumer product. I think we have fantastic shows, but I also think it’s the sum total of what we are offering, as opposed to one ‘Mandalorian.’”

Given the quality and quantity and convenience of Quibi, we think it comes at a time when people are looking for relief, looking for distraction and looking to escape. Those are all the things we are trying to deliver to them.” Jeffrey Katzenberg Founder of Quibi