THE SYMBIOSIS BETWEEN THE WORLD OF MUSIC AND GAMING: A RISING TREND

Artists as famous as Marshmello or Travis Scott have already offered virtual concerts within videogames, an option that is becoming increasingly attractive to both brands and players. 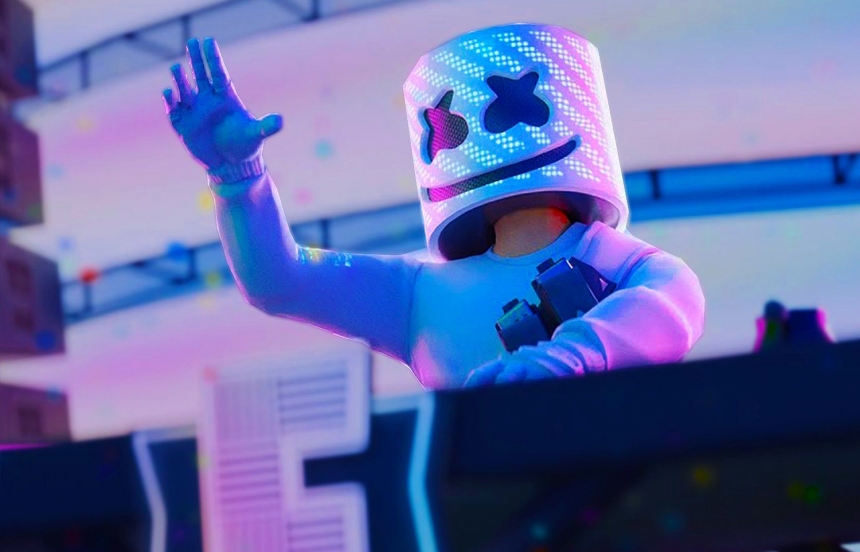 The videogame "Fortnite" has been installed as the flagship stage for the development of a new format: in-game virtual concerts. Leveraged by the new technology currently available, and powered by a global pandemic, it is an innovative format of entertainment that is already trending among the youngest.

Epic Games' hit “Fortnite” was the kick-start for the creation of virtual shows witnessed by player’s avatars, even before the pandemic. Last year, for example, the famous American DJ and video game fan Marshmello provided a music set that was enjoyed by more than 10 million users worldwide.

Another illustrative example was the one that took place in April of this year, when the also American rapper Travis Scott made a multi-day musical tour in "Fornite". His digital tour, titled "Astronomical," consisted of five recitals that were viewed by nearly 28 million unique users.

Although the initial performance lasted only 10 minutes, the time was enough to become a true milestone as it was the largest gathering of in-game players in the history of "Fortnite". The "Astronomical" tour also included new free experiences for players that were not available in the traditional game mode.

"Whether in the gamer community or the people who don't even play, it definitely felt like there were people from all over the world focused and watching the show,"  Travis Scott commented after the virtual event ended. "I’d do it again for sure. That was just level one,"  he added.

Another model that combined music with gaming within "Fortine" was the virtual celebration "Party Royale," where during the month of May Diplo (with a live set), Young Thug and Noah Cyrus performed. Like the cases mentioned above, the event was followed by millions of users worldwide.

According to figures from Epic Games, "Fortine" added 100 million new users and reached a total of approximately 350 million, positioning itself as one of the greatest in the history of video games and making clear its enormous potential not only for gaming but also for branding.

●  THE PANORAMA IN LATIN AMERICA

This year, Raventena was held in Argentina. This was the first music festival celebrated in “Minecraft,” which had three editions and the total participation of 30 artists. It was a live audio streaming made through the Twitch platform, with shows and DJ sets. The virtual meeting was enjoyed by more than 5,000 people.

"It was the first ‘Minecraft’ music festival, and it was born because of the lockdown. We were looking for an alternative to the digital parties that were taking place at the time and we thought that the best way to do something like that was to create a digital space in which people could not only interact with the artists they were listening to but also among the audience itself,"  Julián Príncipe, one of the organizers of the event, told Argentine media Infobae.

“The festival was completely maintained thanks to crowdfunding. People contributed money to pay the servers and keep the festival afloat. After the three editions, the quarantine conditions changed and the six organizers began to have to work or study, and since Raventena took us a lot of time, because it really was a lot of work to do it, we decided to take an indefinite break, and we donated all the money we had collected and saved for the next editions,”  Príncipe added.

In this way, live music festivals are beginning to move into the virtual world, offering interactive and 100% digital experiences. What was unthinkable a few years ago, today is consolidated as a reality that has enormous value for both brands and artists.