The first day of the Miami-based convention organized by C21 International and intended to replace NATPE’s local conference welcomed approximately 1,500 participants, and 500 buyers and covered topics about the most noted trends in 2022, production priorities considered in the most current business models, and details about new releases. 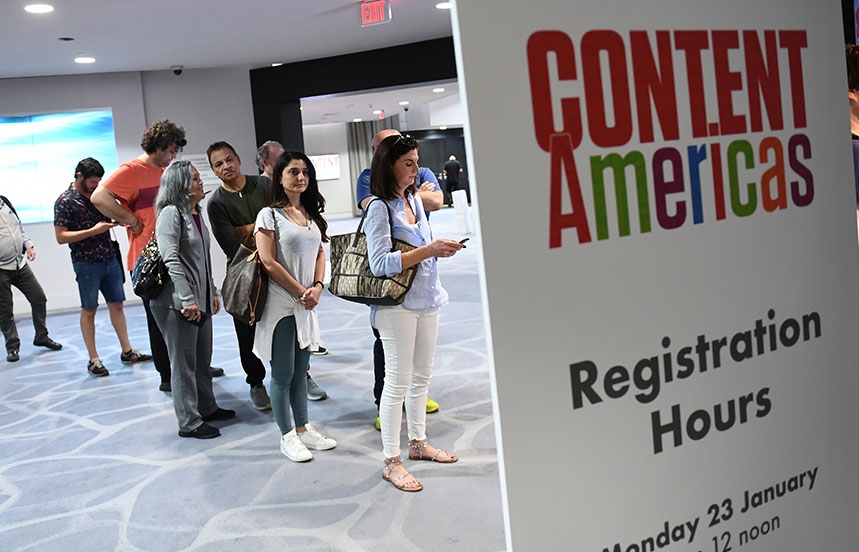 The first day of Content America 2023 featured a string of panel sessions featuring streaming platform representatives, buyers, commissioners, and successful podcast creators, among others. The media experts discussed the shows, trends and genres noted to be most prevalent in 2022, production priorities considered in the most current business models, and new releases, such as Warner Music Entertainment, Warner Chappell Music, Warner Music Latina, and Trinity Entertainment’s “Melody.”

The Miami-based convention organized by C21 International and intended to replace NATPE’s local conference welcomed approximately 1,500 participants and 500 buyers. The first day of the event kicked off with a session featuring Allied Global Marketing’s Chief Strategy Officer, Adam Cunningham, Founder & Board Member of BB Media; Horacio Gennari, Senior Director of Omdia; Maria Rua Aguete, VP of Applied Analytics at Parrot Analytics, and Executive Director & Co-founder of Ampere Analysis, Guy Bisson. According to recent Omdia data, there are more than 1,500 FAST channels in the USA. Revenues collected from the fast-growing service option are expected to reach $12 billion by 2027. Rojas’ projections focused on the growth of the streaming business, projected to continue at a 10% annual growth rate as people continue transitioning from Pay TV. The data also reveals that TV series continue to attract and retain users. The Latam region celebrated the highest revenue growth rate in 2022, at 22%.

"The number of channels and revenue growth will be significant in the next five years. Improving content discovery will be critical to the success of those channels," said Media and Entertainment Senior Director Maria Rua Aguete stated. "FAST channels offer numerous benefits to content owners such as the option to monetize old and unused library content and offer it as a new content bundle."

During the event, streaming trends were discussed in detail by the CEO of ViX, Pierluigi Gazzolo, Co-CEO of Propagate Content, Ben Silverman and SVP & General Manager, Telemundo Streaming Studios NBCUniversal Telemundo Enterprises, Juan Ponce; Director of original programming for Movistar Plus+, Domingo Corral, and Chief content officer of ViX, Rodrigo Mazon. According to Gazzolo, since its launch six months ago, ViX has exceeded the company's expectations. The company hopes to continue expanding into other Latin American countries and to make culturally driven stories that appeal to Latin American viewers.

While some streaming platforms base their latest content strategies on algorithms and trends, others prefer a more original approach. Though Ponce, Corral, and Mazon agreed that original content strengthens streaming platforms, they also explained that some of the most successful streaming titles were adaptations or creative projects inspired by an existing idea. Mazon expressed the importance of securing partnerships to expand in specific markets worldwide, as ViX has already done in Spain, Colombia, and other territories, rather than taking a general global approach. The executives also emphasized the importance of segmentation to ensure a wide variety of options for viewers.

The day concluded with sessions about the fast-growing, new podcast industry, featuring Co-founder of The Whole Spiel, Paul Telegdy, Co-founder & CEO of Sonoro, Joshua Weinstein, and Founder of TDO MEdia, Paulette Bensussen, as well as the subscription and development of high-value IP, discussed by Founder of La Maldita, Luca Mirvois, Sonora's Antonio Garrido Coronado. and Gabriel Saez de Buruaga. Requiring an altered sense of creativity that taps only into the hearing sense, podcasts are considered to rescale the cost and simplify the process of production. The Availability of the platform has also made it easier to listen to information from other countries that would otherwise be hard to access.