Before the conference, the winners of Rose D’Or awards - promoted by the same organizers - will be known; "Orphans of a Nation" is nominated in the category Soaps or Telenovelas. 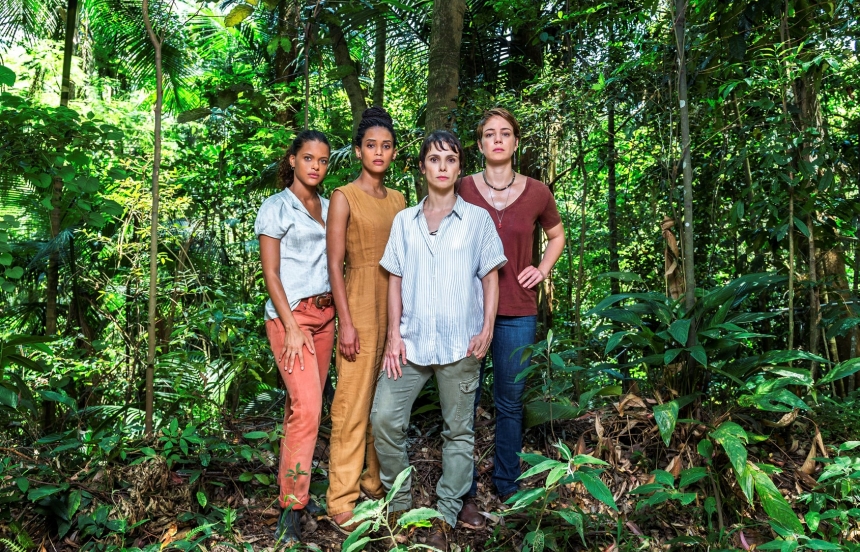 Globo is attending Content London, a conference that reunites in London the top players of the entertainment industry in the world from the 3rd to the 6th of December. Monica Albuquerque, head of Artistic Development at Globo, and Estela Renner, co-writer and general director of ‘Aruanas’ and founder of Maria Farinha Filmes, are among the guest speakers and will present a panel about the series ‘Aruanas’.

Always guided by the audience’s demands and focusing on the changes of the entertainment market, Globo has invested in productions in the most varied formats and genres such as drama, action, comedy, horror, biography, and others. As the biggest storyteller in Latin America and one of the major media groups in the world, Globo invests constantly in research, talent, creativity and technology to create stories that have the power to enchant and move the audience. Every year, about three thousand hours of entertainment content are produced and they surpass windows and frontiers.

The concern with content quality and the capacity to enchant the audience and connect to them is clear regarding the productions that carry Globo’s signature. The series ‘Aruanas’, released this year for the international market at the MIPCOM and which will be the theme of a case of study during the International Drama Summit on December 5th at 11h15 is an example. A co-production of Globo and Maria Farinha Filmes, the series portraits a current and relevant topic: the need to preserve the biodiversity for human life and the importance of the activists’ work in such context. Written by Estela Renner and Marcos Nisti, in collaboration with Pedro de Barros and artistic direction of Carlos Manga Jr, ‘Aruanas’ is a fictional series that has real life as its main source of inspiration. It is entertainment in service of an urgent cause, important all around the world.

Before Content London, we have the 58th Rose D’Or Awards. Held by the same organizers, this traditional awards ceremony highlights the audiovisual market-main global productions. Globo telenovela ‘Orphans of a Nation’ received an unprecedented nomination for the category Soaps or Telenovelas. Written by Thelma Guedes and Duca Rachid – Emmy International winners for Best Telenovela in 2014 with ‘Precious Pearl’ – and directed by Gustavo Fernandéz, the show stirred Brazilian audience’s emotions with the forbidden love story between Jamil (Renato Góes) and Laila (Julia Dalavia), two Syrian refugees that had to leave their homeland and find in Brazil a place to rebuild their lives. The Rose D’Or Awards has 10 categories and the winner’s announcement will be on the 1st of December in a gala event at Kings Place in London.