Experts from notable companies like Fremantle and Dopamine, discuss what it takes to properly follow through with project selection, writing, production, and packaging, among other aspects of content development. 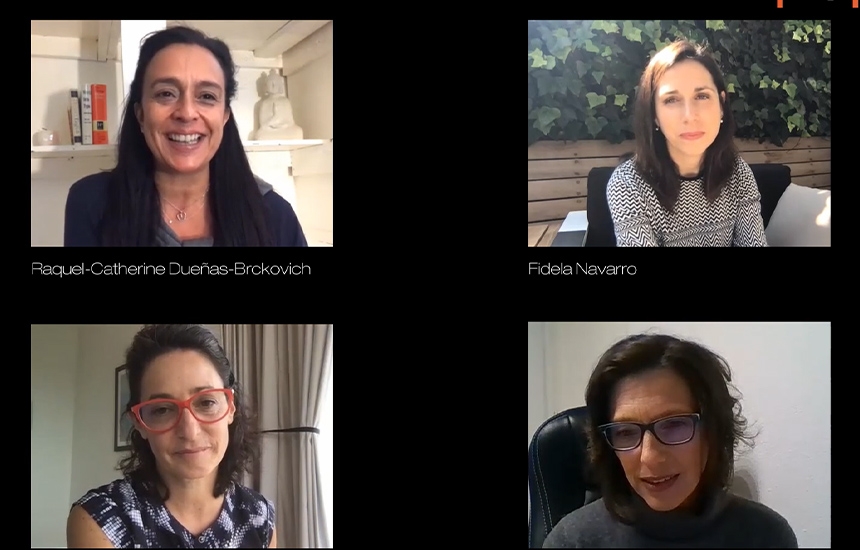 A group of women writers, directors, and producers gathered for MIP Cancun 2020 to discuss their take on the process of development, packaging, writing, production and directing. The panel consisted of Head of Production of Latam at Fremantle Coty Cagliolo, CEO of Dopamine Fidela Navarro, and Writer Marina Efron Versiglia, all of whom will unveil tips on knowledge acquisition and mentoring.

According to Navarro, the factors that are required to create a production slate are having a diversity, healthy balance of original story creation and effectively strengthening third party ideas, having sufficient funds to invest and finance the projects, and persistence amid market demand and competition. Above all else, the experts agree that it’s important to weigh the pros and the cons to better determine which projects are worth the risk of potentially losing funds during the pandemic. The experts also highlighted the importance of understanding client demands.

Though there is more demand due to the increasing number of platforms, the women agreed that proper packaging is crucial to help drive sales, properly combat worldwide competitors, and create originality, among other benefits. Despite its importance, Cagliolo believes some titles hold enough weight to be successfully released without one.

The group also discussed the lack of development on behalf of showrunners in Latin American regions, though it recently picked up force. According to Navarro, it is important for funding to experience growth for showrunners to properly reflect the region in its content development. The panel also touched on the significance of creativity and solid ideas are the foundation of successful content production. The women also covered their views on working from home, stating that they see it as an advantage to better balance work and home life, and concluded the conference by highlighting the mark of diverse, Latin stories that are still left to be stamped.