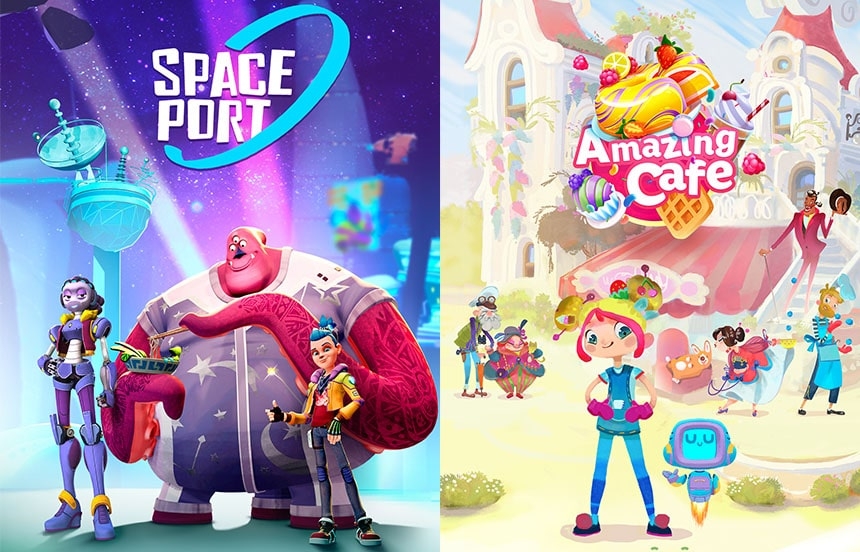 Russian company Parovoz Animation Studio will be attending the International online content market Key Buyers Event with two projects. The animated series "Spaceport" (52x11') will be presented during the Screenings segment. The Comedy adventure series aimed at 8-12 years old and is in development and currently available for co-production. "Spaceport" is set in a distant future. The galaxy is populated with various species. Three fellows (human boу, big alien, and sour robot) are spending their time in the intergalactic Spaceport selling ‘fast-but-healthy-food’, constantly getting themselves into bizarre misadventures.

"The series is intended for pre-teens, and in a comical way shows the transition to adulthood – the fears, the mistakes, the stubbornness. 'The Spaceport' series is a story about misfits with no superpowers. Neither our hero nor his 'team' (who are also his two closest friends) can be considered brave or prepared. But they are all eager and bright. They make common human mistakes that viewers can relate to, and then face the consequences throughout the episode," the company confirmed.

Parovoz Animation Studio is also presenting "Amazing Cafe" (52x11'), a fantasy animated series aimed at 5-8 years old that will participate in the Pitching section. The project is in development and available for co-production. "Amazing Cafe" tells the incredible adventures of Agatha and her mysterious friend Tommy. With their new magical abilities, Agatha and Tommy fight greedy signor Vittorio, the owner of a fancy hi-tech restaurant whose evil plans are to destroy everyone’s favorite place - a small family-owned traditional restaurant, and Agatha is going to do everything she can to protect it.

This astonishing, magical, and a little bit educational story shows the audience the amazing adventures of Agatha and her best friend robot Tommy in a way that is not only joyful, humorous, and bright but also highlights the importance of helping others and being tolerant and open-minded. The series will be created in a mixed 3D+2D technique. "Both projects are open for co-production. We are looking for partners and by participating in the Key Buyers Event, we are looking forward to building strong, long-term partnerships with our international colleagues," added Parovoz executives.