MONICA GIL-RODRIGUEZ AND JAIME AYMERICH: “IT IS ABOUT TELLING STORIES WITH OUR OWN VOICE"

Señal spoke with Monica Gil Rodriguez and Jaime Aymerich about the 2020 launch of the production company, CRE84U. The CEO and President discussed sales plans and strategies, along with expectations for the slate in the near future. 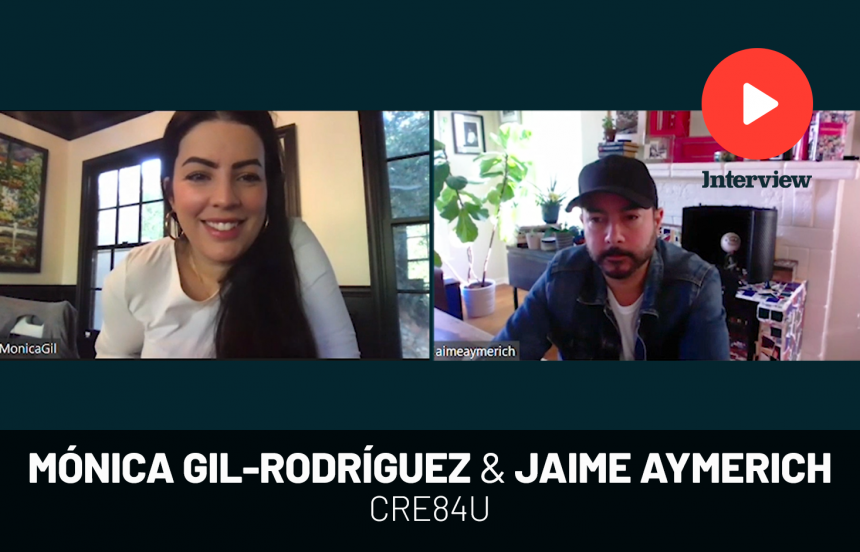 CEOs Nancy Cartwright and Monica Gil-Rodriguez launched TV and film production company CRE84U Entertainment this year. Señal spoke with Gil Rodriguez and the company’s President Jaime Aymerich about the particularities of the launch, sales plans and strategies, and expectations for the producer’s slate through 2021.

Twelve years after establishing independent film producer Spotted Cow Entertainment together, Cartwright and Rodriguez partnered to make CRE84U alongside Aymerich and his wife, Carolina, who both joined in as Presidents of the company. With a strong background in films that required independent filming, financing, among other components, Cartwright and Rodriguez discussed Latin IP’s with Aymerich as he worked on Netflix’s “Julie And The Phantom” and other IPs worldwide. “It just was a perfect blending because they really have the TV side locked in,” Gil-Rodriguez said. “They have incredible connections as Jaime is an incredibly well-known actor in Latin America, as well as in the US market.”

Together, the team saw an opportunity to become more familiar with the TV industry and aimed to push out Latin content that will resonate with both domestic and international consumers. “It's about trying to tell stories from our voice, and Nancy is a huge advocate for diversity,” Gil-Rodriguez said. “We're hoping to bring stories that don't really get told in the American market, and by doing that, being able to have more characters that we can all relate to.”

CRE84U garnered twelve projects for the launch and currently has six projects, including animation projects, under various stages of development, set to be distributed through several types of showrunners, such as broadcast, streamers, networks, and other platforms. “We have a lot of stories that we are partnering with amazing American showrunners, and Latinos also, and we're putting all these packages together,” Aymerich said.

Amid production or programming suspensions and delays caused by the Covid-19 pandemic, Aymerich, recognized for his acting and titles he has contributed to as a producer and executive producer, says CRE84U has kept itself busy looking for new stories, showrunners, and talent. He believes the lockdown restrictions made the search easier as partners and creatives were much more accessible via video calls. “It’s always good to have good stories, and what better place to bring them than from Latinos that can communicate them to English,” he said. “So we're always looking for those amazing stories.”

Both Gil-Rodriguez and Aymerich affirmed that the company hopes to complete the six titles that are currently on the slate to initiate their next stages of development. Ultimately, they hope to promote the inclusion of minority content, particularly that of Latin Americans. “It would be fantastic to have a Latino cast show on the air that doesn't get canceled after one season that's very organic," Gil-Rodriguez said.

It would be fantastic to have a Latino cast show on the air that doesn't get canceled after one season that's very organic.” Monica Gil-Rodriguez CEO, CRE84U Entertainment