Monster Entertainment is a Brand Management company focused on animation that works very close to producers. Andrew Fitzpatrick, founder and chairman, Ania Rozenszprung-Clinton, head of sales and acquisitions and Ben Murphy, sales executive spoke with Señal News about the strengths of the company. 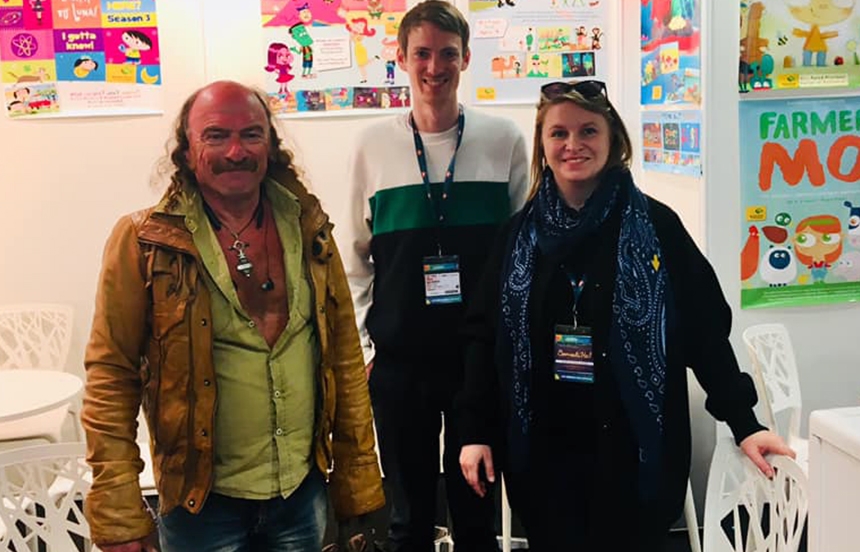 Monster Entertainment is a Brand Management company that handles a diverse range of programming in the areas of children’s programming, music and documentaries. Andrew Fitzpatrick, founder and chairman, Ania Rozenszprung-Clinton, head of sales and acquisitions and Ben Murphy, sales executive spoke with Señal News about the evolution of the company and its current catalogue.

How could you describe the Monster Entertainment's present?

"Monster Entertainment is a Brand Management company with a focus on animation, which develops entertainment brands and distributes them worldwide. The company was set up by Andrew Fitzpatrick, an Irish animation industry veteran who was described by Think Business podcast earlier this year as ‘a founding father of the Irish animation industry’. The company has been in operation since 1998 and has always prided itself as being at the forefront of the Irish animation industry. In recent years, we’ve branched out and started to offer documentaries, with a focus on music. Our catalogue features animation for all ages from pre-school, through to animation for adults, including; Oscar winning, Oscar nominated and Emmy winning animation and other programs which have won many other awards and enjoyed great commercial success. Monster attends all international sales markets with sales executives specialising in specific territories around the world and has, over the years, built a reputation with international broadcasters and platforms for bringing them quality programming which delivers ratings for them. Monster has sold into 200 countries in all media from TV, DVD, OTT, Mobile, Publishing Merchandising & Licensing. Monster works closely with producers to develop programs into successful brands if possible.”

Which are the current highlights in its offer?

“At the moment, we have three series that have proven to be immensely popular across the globe. We’ve been partnered with the South African studio Sunrise since 2003 and we’ve helped nurture their series ‘Jungle Beat’ into the success that it is today. Eight series have been produced so far and it has and some of the major broadcasters that have picked up the series include HBO, Turner, RTÉ, RAI and SVT. 2021 proved to be a very exciting year for ‘Jungle Beat’ as the first ‘Jungle Beat’ film premiered on Netflix as a Netflix Original. ‘The Day Henry Met’ is produced by the Irish studio Wigglywoo and is currently being broadcast in 192 countries. Being an Irish company, we like to support independent Irish animation studios, so Henry’s success is very important for us. some of the broadcasters and platforms that 'Henry 'is available on include Nickleodeon, RTE, ITV, SVT, Common Sense Media, TVO, Kanopy and Česká televize. Another highlight in our catalogue is the Brazilian studio TV Pingum Content’s hit ‘Earth to Luna’. This is a series focused on STEM Subjects and every episode offers an opportunity for learning for viewers. There are currently 6 series available and the series has been broadcast on PCWW, Kidoodle, Toongoggles, Discovery, Netflix and Common Sense Media.”

How difficult is to create kids brands for digital native children?

“The main thing for us has been to work with producers who are at the forefront of what todays children are interested in and are making their content with that in mind. We recently acquired a series from the South Africa based studio Polycat Visual Effects called ‘Noodle and Bun’ that initially emerged on the social media platform Tik Tok. It has acquired over a billion views on the platform, so we have a lot of faith in the series being a success. We’ve also explored other ways of using our content in interesting ways. One of our popular series is ‘Urban Tails’ and each episode sees an animal tell the viewer about itself in a hip hop inspired  song. All the songs from the series are available on Spotify, and they’ve proven to be immensely popular. In recent years we’ve also focused on Expanding OTT as well as FAST, and we now enjoy successful partnerships with likes of Hopster, Kidoodle, Toongoggles, Roku, Genius Brands, Pluto"

In which territories Monster Entertainment brands are strong, and in which regions do you want to expand?

“Our titles are popular across the globe, with some of our more recent success being in China, North America and Australia. We’d love to do more in Latin America and we feel that a lot of our titles-both animated and documentaries would be a good match for the region, and we have a growing amount of titles available in Spanish and Brazilian Portuguese.”

“We hope to keep expanding and selling great content to audiences around the world, and we’d like to continue to help producers by bringing their content to the widest audiences possible. We also have a number of projects that we are involved in development, and we are excited to see how these will progress.” 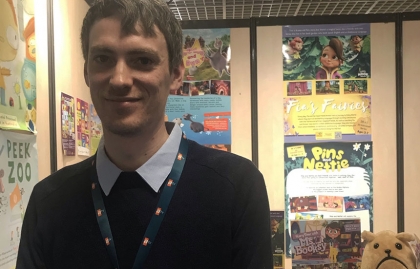