Discovery Latam’s Adriano Schmid and Redknot’s Patricia Burns told Senal about the inspiration and expectations, along with the process of production for “The Dog And Pony Show.” 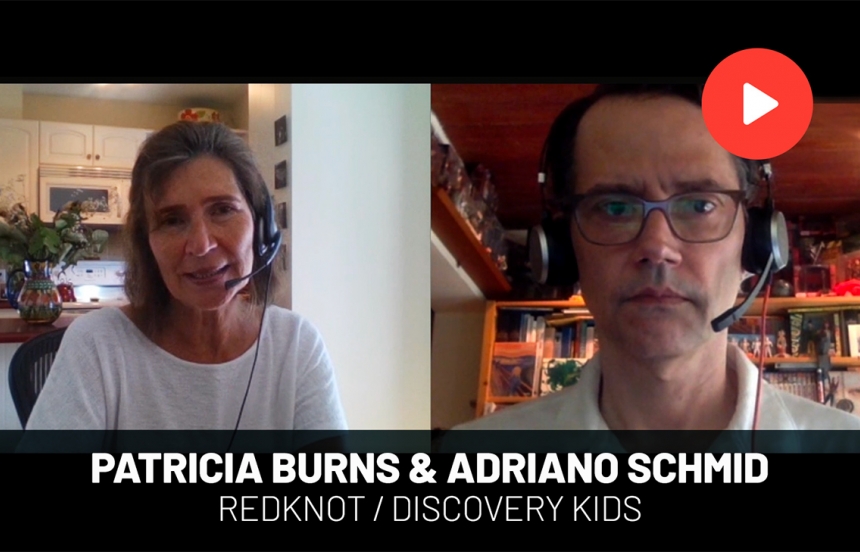 The show’s creator and Executive Producer, Josh Selig, Redknot Managing Director Patricia Burns, and  Discovery Kids Latin America’s Senior Director of Production Adriano Schmid spoke to Senal about the story behind collaborating with Little Airplane Productions for the show’s process of production, its distinctiveness from other shows, and their expectations for the show and its engagement with the audience. "We chose Nelvana and redknot because we believed these partners would support Little Airplane's approach to comedy and protect our IP's greatest asset: Funny jokes," Selig said.

Some of the strategies that were implemented this year by Redknot were to release one or two shows in production every year, and have a more photo-realistic approach to the imagery of its productions. “It just looks different. It's a different approach. And it's a different concept. So it's going to be great. No like to bring something else that looks very unique to the market,” Schmid said.

The target audience the company aimed for its first production was kids aged Kids 4 to 7 years old. The content the experts aimed for didn’t require the supervision of pre-school children, while still grasping the attention of older children. “We felt we were missing the gap we needed for our audience and the opportunity for the joint venture was to really find content that would fit the kids in between The kids, the kids that are leaving preschool, and that are entering their first experience in school," Schmid said.

In terms of production for the show, Selig created the series  was brought on by Redknot as Story Editor.  Additionally, the company garnered various writers for contribution,  including stand-up comedians, playwrights and preschool writers, Along with a group of about six writers, the individuals contributing to the projects perfects the animatics for the design,  the music, and other aspects, making a recipe for adequate collaboration. The experts took a  photo-realistic image approach toward production. Nelvana contributed in great part in design and animatics, music, and other aspects of production. The work took place in Ontario, Canada. “I think it was really strong collaboration and that's what makes the show so successful,” Burns said.

Redknot is named after the shorebird that travels between South America and Canada, among other parts of the world. The name also includes the initials of Discovery Kids and Nelvana. “It was an excellent fit for the joint venture to be the first show to be produced within red not so there's sort of the history behind it,” Schmid said.

The program showcases the adventures of two best friends who leave their Rainbow Fjörd world to the non-magical city, Unicity. Pony’s outrageous ideas and Dog’s fascination with every day are a recipe for a chaotic mission. Dog and Pony have different perspectives on the situations they encounter.  "Some folks have asked us why our show will stand out from other series in today's crowded preschool marketplace," Selig said. "Well, kids love magic and kids love jokes about bottoms and, as far as I know, we have the only Magic Bottom in kids TV."

I think it was really strong collaboration and that's what makes the show so successful.” Patricia Burns Redknot Managing Director 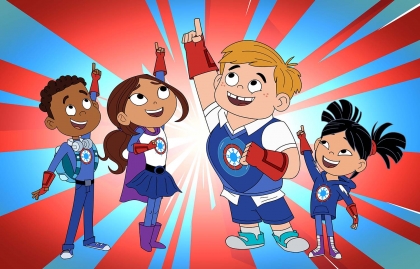 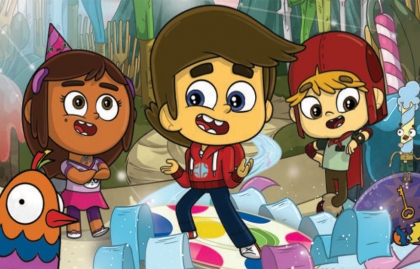