The primary reasons are cost, annoyance at switching back and forth between platforms to view content, and difficulties in managing the services and choices, according to Whip Media’s latest survey. 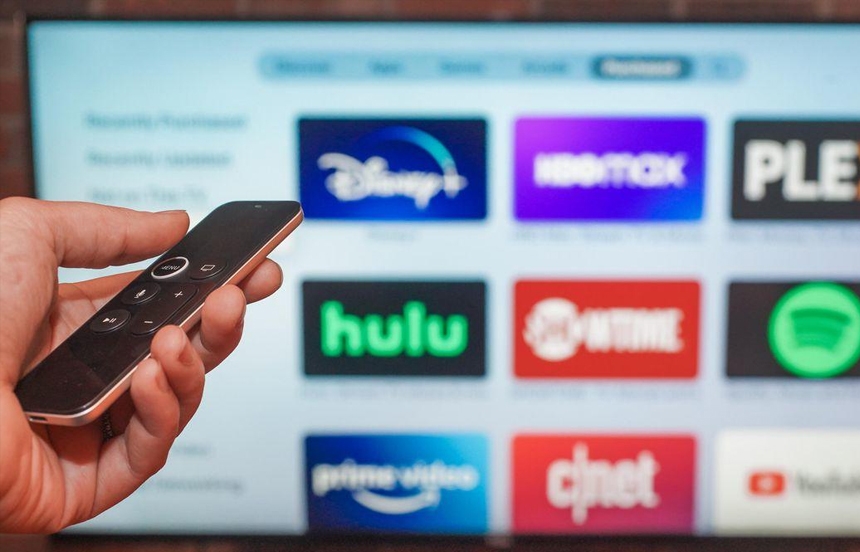 Currently, 70% of Americans feel that there are too many subscription services on the market. The primary reasons are cost, annoyance at switching back and forth between platforms to view content, and difficulties in managing the services and choices, according to Whip Media’s latest survey.

The investigation also demonstrated that streaming continues to be wildly popular in the United States, as respondents subscribe to an average of 4.7 services. However, they are planning to add only one more service to their current total, indicating they are close to maxed out.

With so much competition in the industry, churn is inevitable. Consumers have taken advantage of the ease of cancelling an SVOD as 32% of Whip Media’s sample canceled a service in the past year. However, those were spread out over all of the platforms. Therefore, all of the services were relatively sticky in that Apple TV+, Disney+, and Netflix had the highest cancellation rates at a mere 6% each.

At the same time, the majority (60%) of consumers prefer to pay for an ad-free service. Not surprisingly, that percentage rises for higher income respondents, although half of lower income respondents prefer that option too. However, Whip Media believes that this preference has a cost ceiling and consumers will limit their services accordingly.

Having library content is key to satisfying customers of SVOD. Virtually all (92%) of respondents said it was very important or important. This response has remained similar to prior surveys, however sentiment has intensified. Since last year, the “very important” score increased nine percentage points, mostly at the expense of “important”.

While the importance of original content to SVOD customers is lower than that of library content, it is significant and growing. In last spring’s study, the combined “very important/important” response was 71% and, in fall of 2019, it was 68%. Now, it is at 78%. This is an important trend, as services that were later to market, like Paramount+ and Peacock, have strong libraries, but they have not been able to create as much original content as the established players, mitigating their ability to compete, at least in the short term. 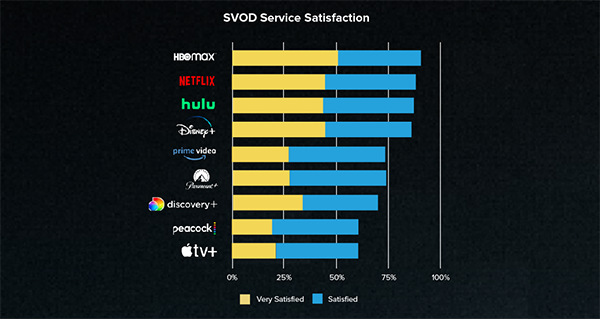 Regarding platforms, Netflix, the most popular service, is subscribed to by 88% of Whip’s sample. Apple TV+ lags behind the big players, despite its length of time in the market, and offering free subscriptions for purchasers of new Apple devices. “Given the importance consumers place on having an adequate library, it is clear Apple’s deficiency in this area is limiting its appeal,”  the report says.

Furthermore, Netflix remains the indispensable SVOD to a plurality of respondents by a large margin. Hulu follows it, possibly due to some subscribers having access to live linear channels. Disney+, despite high satisfaction levels, does not register as the primary service consumers would keep. Discovery+, Paramount+, Apple TV+ and Peacock all have to make greater efforts to convince consumers they are valuable. 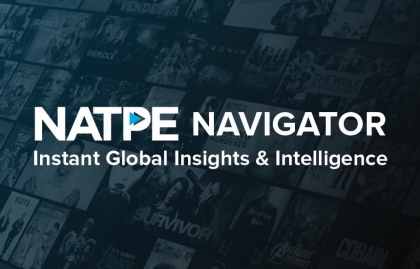