According to Parrot Analytics, a series with a budget and ambitions as high as that of “House of the Dragon” needs to do more than hit number one show worldwide status to maximize its value to HBO Max. 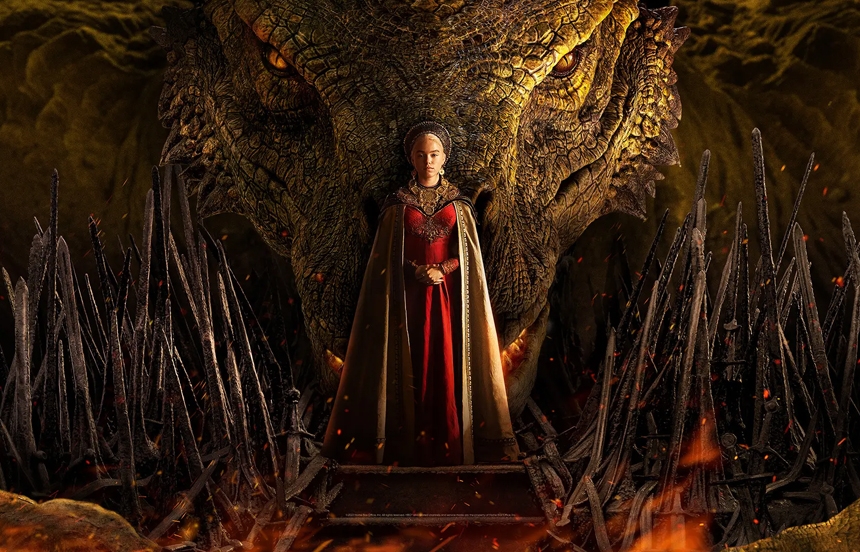 The new series “House of the Dragon,” which is already renewed for a second season and according to HBO boasted the network’s biggest ever premiere, has rocketed up the global TV demand charts. The series almost doubled its global audience demand from episode one to two, and has reinvigorated interest in the flagship “Game of Thrones” series, Parrot Analytics revealed.

“Game of Thrones” was the number one show with global audiences across all platforms, as of August 28, drawing 119.7x more demand than the average show worldwide. “House of the Dragon” was a close second at 118.2x, and will almost certainly have surpassed its predecessor for the top spot by Monday, August 29.

However, according to Parrot Analytics, a series with a budget and ambitions as high as that of “House of the Dragon” needs to do more than hit number one show worldwide status to maximize its value to HBO Max. “Keeping subscribers engaged with exclusive content on the same platform — thus making them more likely to convert into long term subscribers — is how entertainment companies can maximize the value of a TV series in the modern streaming era,”  the company said.

The real question in determining the success of this new series is: how many new HBO Max subscribers who come for “House of the Dragon” will stick around for other exclusive HBO Max content and become long term subscribers? 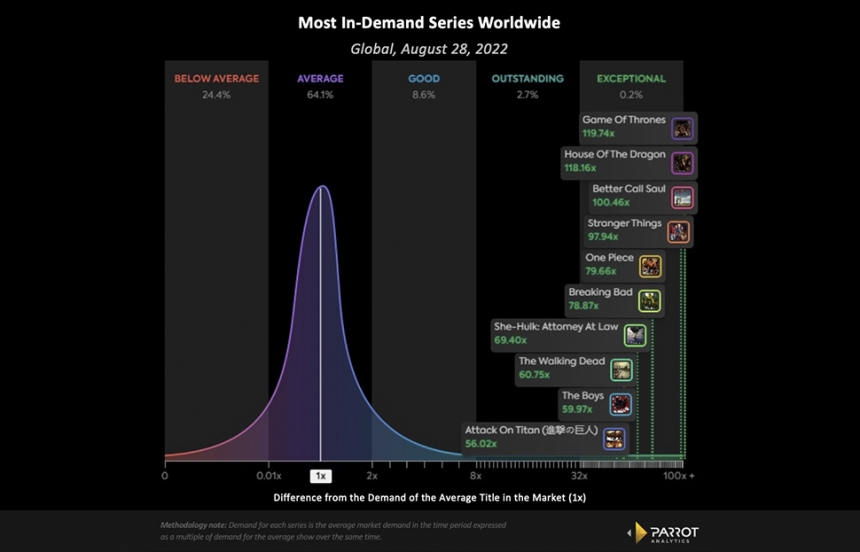 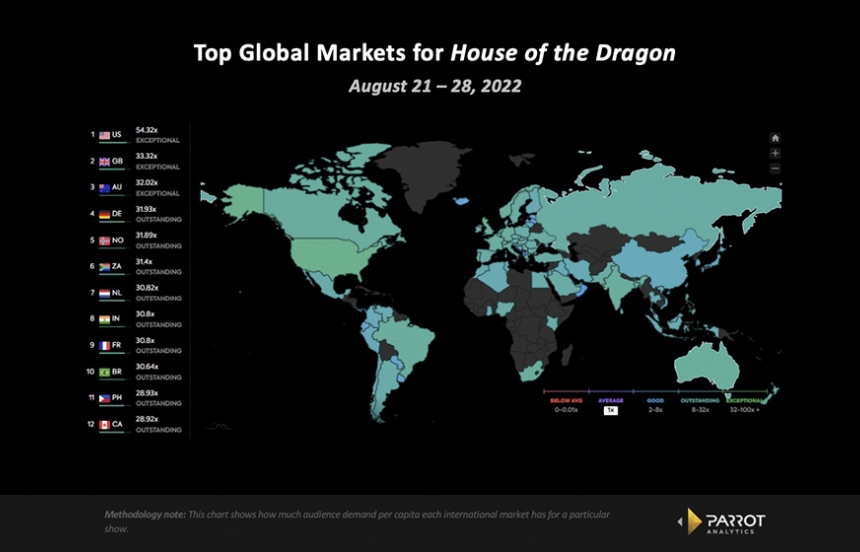 Much like “Game of Thrones,” “House of the Dragon” is proving to be a true global hit. Since debuting, it has already become the top show across all platforms in Australia, South Africa, Norway, Portugal, and New Zealand, among others. Countries from North America, Europe, Africa, Asia, and South America all appear in the show’s top 10 global markets when it comes to per capita demand for the series.

The audience demand and content affinity data suggest “House of the Dragon” is clearly drawing in “Game of Thrones” fans and likely getting subscribers to rewatch or start for the first time its predecessor. This bodes very well for HBO’s desire to turn George RR Martin’s fantasy realm into a Star Wars or Marvel-esque global entertainment franchise.

However, preliminary data suggests “House of the Dragon” and “Game of Thrones” fans are not sticking around for additional exclusive HBO Max content. During the 2010s, HBO Now subscribers routinely churned following “Game of Thrones” season finales and would not return until just before the next premiere, often over a year away.

“‘House of the Dragon’ is off to a great start, but it will need to do better with content affinity for HBO Max exclusives in order to fully maximize its value to the HBO Max platform,”  Parrot Analytics concluded.