In the United Kingdom, 2022 will be the final year that traditional television from broadcasters, whether live, time-shifted, or on demand, collectively makes up more than 50% of video viewing on all screens, Deloitte Global predicted. 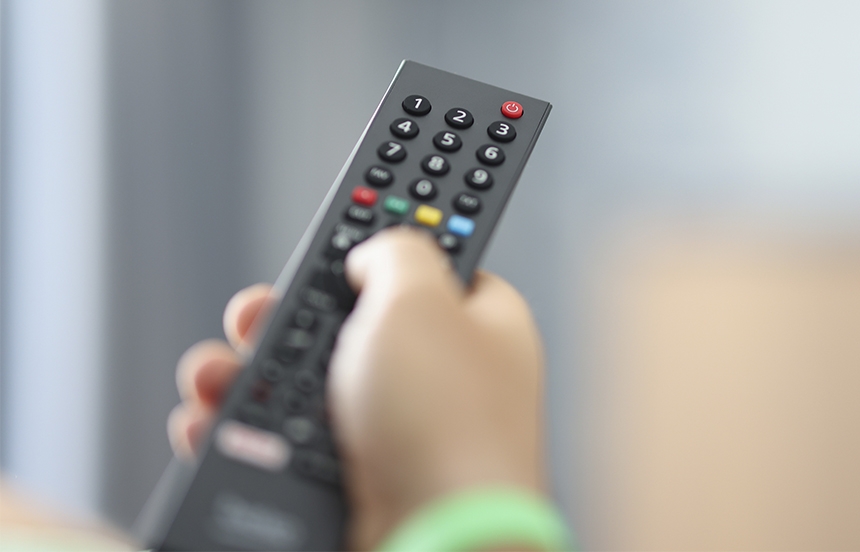 In the United Kingdom, 2022 will be the final year that traditional television from broadcasters, whether live, time-shifted, or on demand, collectively makes up more than 50% of video viewing on all screens, Deloitte Global predicted. Now, traditional TV broadcasters’ share of viewing hours among UK consumers, which was 73% as recently as 2017, are expected to fall to 53% in 2022 and then to 49% in 2023.

“Predicting a decline in traditional TV outputs is not controversial. Broadcasters’ percentage of video-watching hours has been falling for years. What sets this prediction apart is the symbolism of broadcaster content dropping under half of all viewing in one major market — and the likelihood of this trend being replicated in other similar markets around the world,”  the report noted.

One element of these business models should be segmentation by age, as video viewership shows significant age-based variations that appear to be deepening over time. In the United Kingdom, broadcaster content made up 61% of all viewing in 2020 overall, but among 16–34-year-olds, that figure was just over half that (32%), and among 16–24-year-olds, it was 26%. Among 16–34-year-olds, broadcaster content had made up 49% of viewing as recently as 2017: over three years, that share fell 17% points. Conversely, SVOD share among this age group rose from 11% to 29% over the same time period.

Stratification by age is also evident in the US market. Among the age 18+ group, 3.7% of all video viewed in Q3 2020 was on games consoles, but viewership was tilted heavily toward youth. Children between ages 2 and 11 watched 9% of the country’s games console video content in that quarter, while 12–17-year-olds watched 18%. 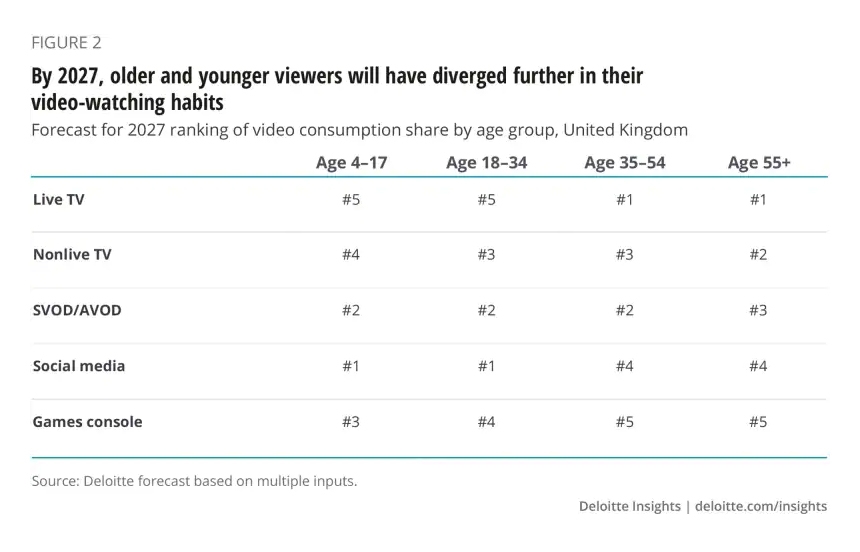 Extrapolating five years out to 2027, video consumption patterns will likely become even more stratified by age. In the United Kingdom, Deloitte expects social media to dominate among younger age groups (under 34) and broadcaster content among the remainder, with SVOD/AVOD being the second or third choice across all age groups. The absence of broadcaster content from the viewing habits of the under-34 age group is likely to have wide ramifications for the efficacy of advertising, with younger viewers becoming increasingly hard to reach.

“Competition will likely be feisty as TV broadcasters fight to regain lost ground while other media platforms jockey for position. Today, television broadcasters’ competition comes predominantly from the combination of SVOD/AVOD, social media, and games consoles. For context, three decades ago, traditional TV’s primary screen-based competitor in the home was the videocassette recorder. This trend is comparable to that in other global markets with a similar market model,”  the report says. 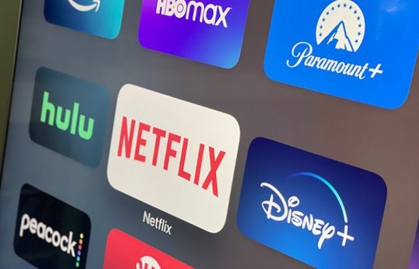