In the face of Netflix’s increasing dominance in South Korea’s subscription OTT market, the local regulator has now approved the merger of the two Korean OTT services, TVing and Seezn. 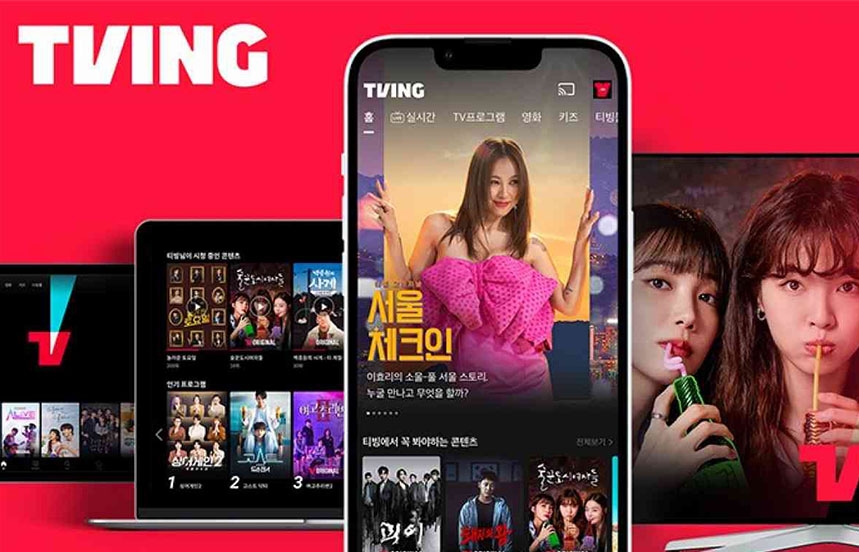 In the face of Netflix’s increasing dominance in South Korea’s subscription OTT market, the local regulator has now approved the merger of the two Korean OTT services, TVing and Seezn. TVing is owned by media conglomerate CJ ENM, operating business across pay TV, broadcasting, and content production and distribution, including Oscar-winner "Parasite." Seezn, meanwhile, is owned by KT, one of the largest telcos in South Korea, offering services including pay TV, broadband, and mobile telephony, as well as owning a studio and OTT business. The merger further consolidates the market by once again aggregating domestic providers, following Pooq and Oksusu’s merger in 2019.

The newly merged entity will create the third-largest OTT service and the second-largest domestic OTT service in South Korea, following Netflix and Wavve (Pooq and Oksusu’s combined entity). But the overlap between the two services is limited. Ampere Consumer data shows that only around 10% of current TVing and Seezn subscribers pay for both services. Given this, the new service will likely start with a subscriber base of around 3m, creating a bigger challenge to Netflix with a larger catalog and joint marketing strategies. 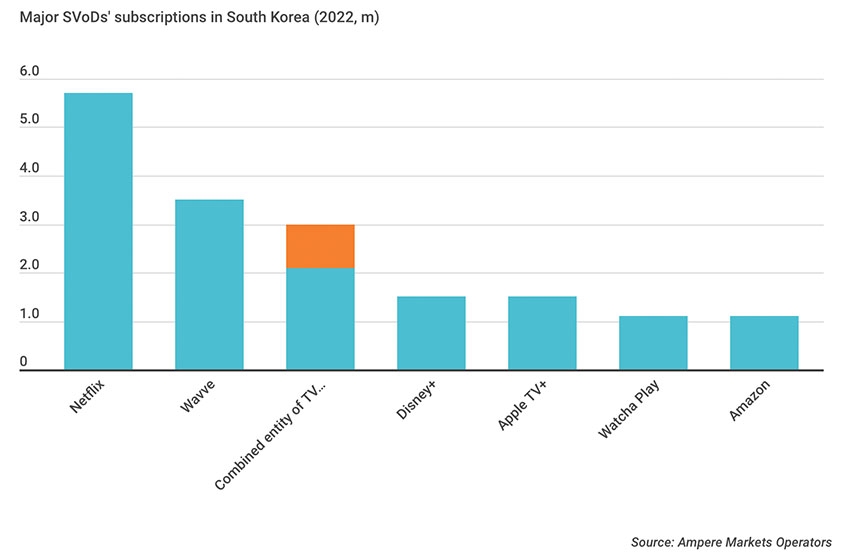 Elsewhere, however, Korean rivals to Netflix are also in commercial arrangements with the US-based streamer. TVing’s parent company CJENM is one of the largest content providers to Netflix, acting upon the three-year deal between CJ ENM and Netflix signed in 2019, which allowed the latter to carry CJ-led Studio Dragon’s productions across the world, increasing CJ and Korean content’s global visibility and popularity.

However, domestically, CJ is also keen to compete with Netflix directly by investing heavily into TVing, its own SVoD platform. TVing also added Paramount+ by launching it as a premium content tier this year, increasing TVing’s overall content catalog and appeal. The merger with Seezn allows the new entity to target KT’s nearly 24m mobile subscribers and 10m broadband subscribers to attract more long-term subscribers. 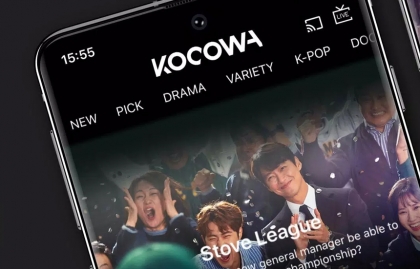