After overtaking seven-time champion Lewis Hamilton on the final lap of the Abu Dhabi Grand Prix to win his first Formula One World Championship, Verstappen has become the most in-demand athlete in the world, Parrot Analytics revealed. 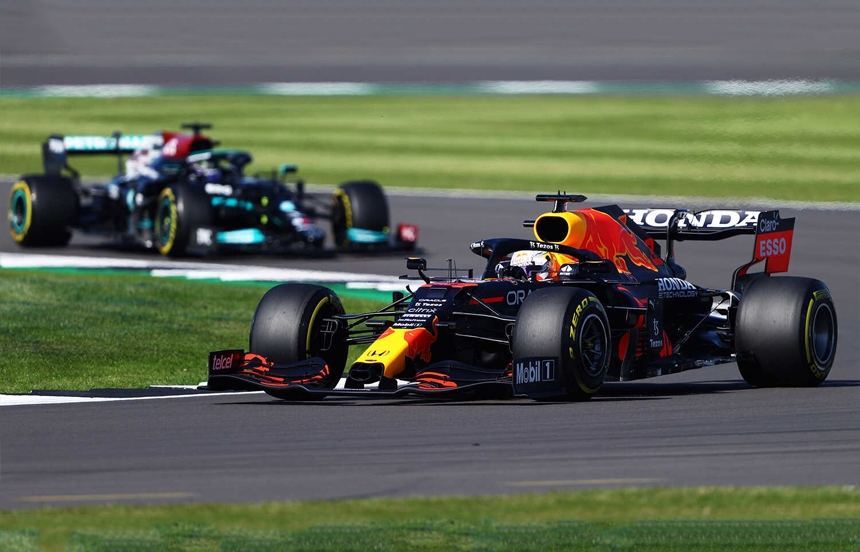 After overtaking seven-time champion Lewis Hamilton on the final lap of the Abu Dhabi Grand Prix to win his first Formula One World Championship, Max Verstappen has become the most in-demand athlete in the world, Parrot Analytics revealed. On Sunday, December 12, Verstappen was 49.2x more in-demand than the average talent in the world. Moreover, he was the seventh most in-demand talent across all professions on that day, and was the top athlete worldwide by global audience demand. 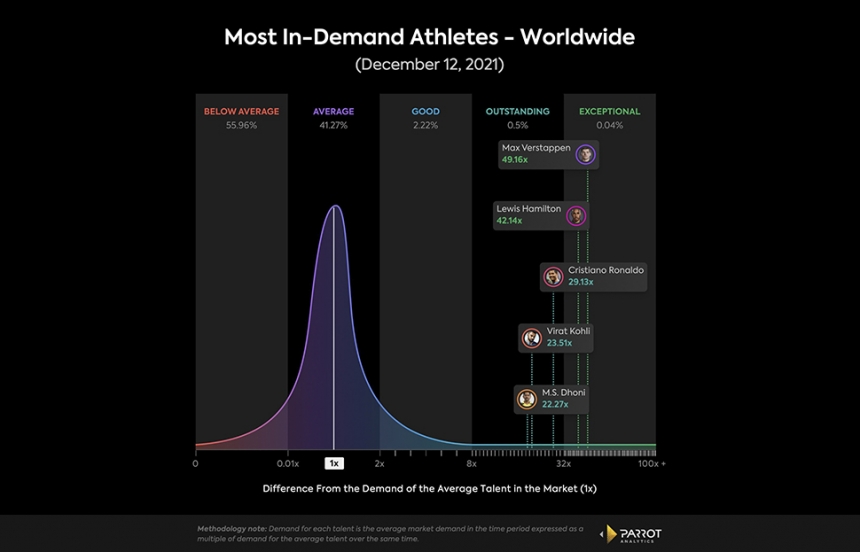 Just as he did on the track, Verstappen beat out Lewis Hamilton in global popularity on December 12. Hamilton still had 42.1x more global demand than the average talent - putting him in the top 0.04% of all talent worldwide. At the same time, Hamilton was the second most popular athlete and ninth most in-demand talent across all professions on the day of the final Grand Prix of the year.

Verstappen and Hamilton’s nailbiting race for the championship allowed the two drivers to vault ahead of Manchester United superstar Christiano Ronaldo and prominent Indian cricketers Virat Kohli and M.S. Dhoni as the world’s most in-demand athletes. 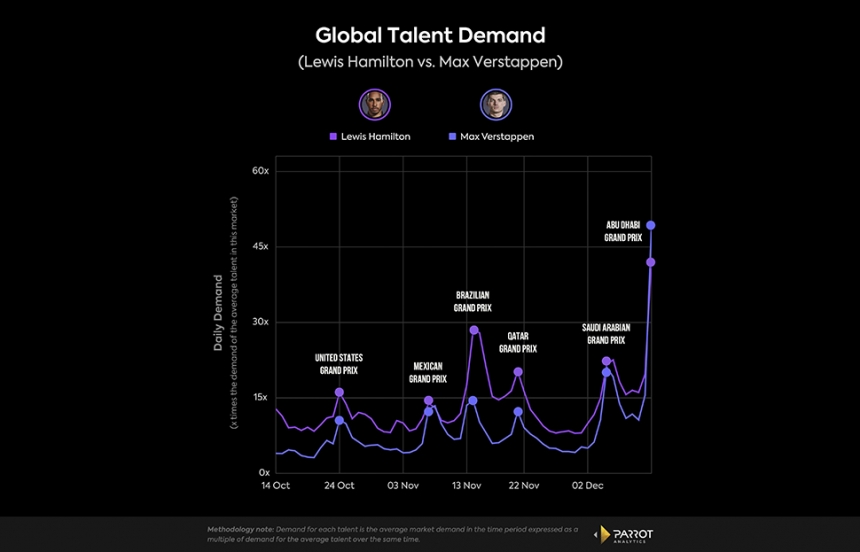 Other than the day following the Mexican Grand Prix, Lewis Hamilton held a steady lead over Max Verstappen in global audience demand during the final two months of the Formula One season. Both athletes peaked in demand during race days, and then fell back down during the time between races.

On the day of the Abu Dhabi Grand Prix, Hamilton’s global demand grew 114% compared to the previous day. While this was impressive, Verstappen’s global talent demand grew 217% that day, enough to overtake Hamilton as the most in-demand F1 driver and overall athlete in the world.

According to Parrot Analytics, the growth of F1’s global popularity - and the growth in demand for the sport’s individual stars - has no doubt been driven in large part by the Netflix docuseries “Formula 1: Drive to Survive”. The show has been growing its audience demand for years. Netflix has released three seasons of the series so far, with the global demand growing year on year. 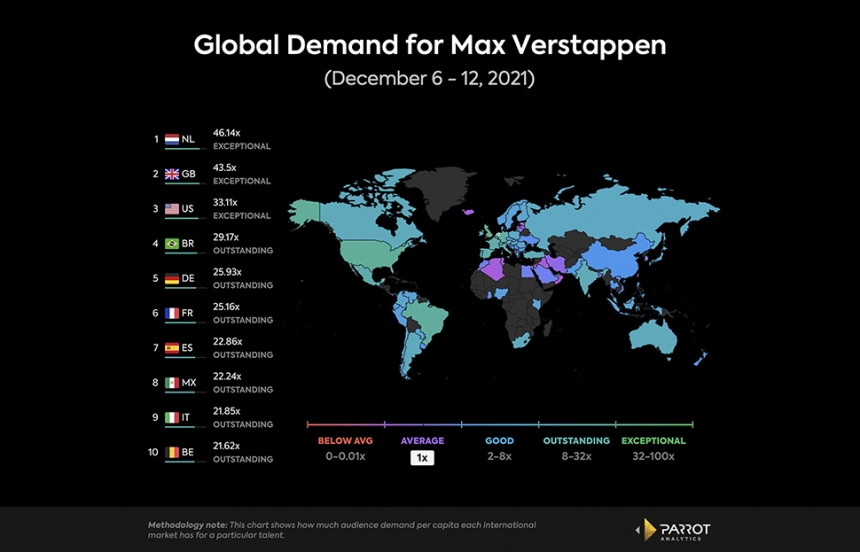 Over the last week, Max Verstappen has drawn Exceptional demand in The Netherlands, the United Kingdom, and the United States, meaning he was in the top 0.04% of all talent in those nations. He drew Outstanding demand in 20 separate countries, meaning he was in the top 0.5% of talent in those nations. Nine of the top ten nations expressing demand for Verstappen over the past week hosted a Grand Prix in 2021, with Germany being the only exception, suggesting that racing in those countries raised his profile with those audiences.