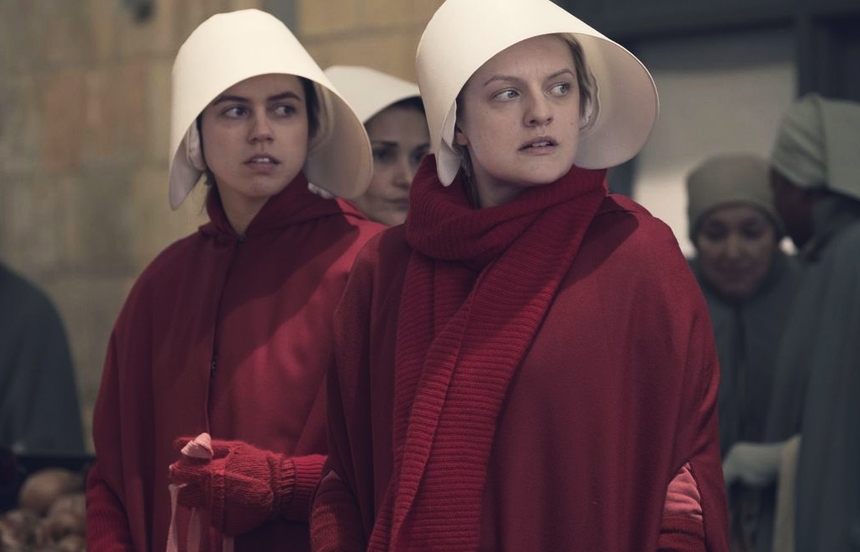 In its latest study about SVOD demand in Argentina, Parrot Analytics revealed which were the most outstanding series in the country during June. The company contextualized each title within the market by stating the show's performance as different from the average demand for a series in the market. A difference of 1x represents the market average and 10x means a series is ten times more in demand than the average TV show in this market.

Topping the charts in Argentina for the month of June was “The Handmaid's Tale”, which is aired by Paramount+ in that country. Episodes of the latest season of this Hulu original, it's fourth, were released weekly beginning on April 27, and the finale episode was released on June 16. The show was actually the most in-demand digital original in Argentina for May as well, indicating its ability to hold audience attention here for an extended period of time.

The next three most in-demand digital originals in Argentina for June were all from Disney+. “WandaVision” just held onto its lead over the newest Marvel series, “Loki,” for the month. These shows had 15.15 and 14.71 times the average series demand for the month, respectively. This series' performance contrast with “The Falcon and the Winter Soldier,” which only ranked 7th for the month and had 10.18 times the average demand. It had neither the long-lasting demand of “WandaVision” or the recency of “Loki” to boost its demand.

Neither of Netflix original series in the top 10 (“Stranger Things” and “Cobra Kai”) have released episodes recently. Netflix didn't have a chart-topping show like “The Handmaid's Tale” or the number of hits in the top 10 like Disney+ had this month. Its two series in the top 10 tie it with Amazon Prime Video, but neither made it into the top 5. This is a surprisingly disappointing result for a usually dominant streamer. 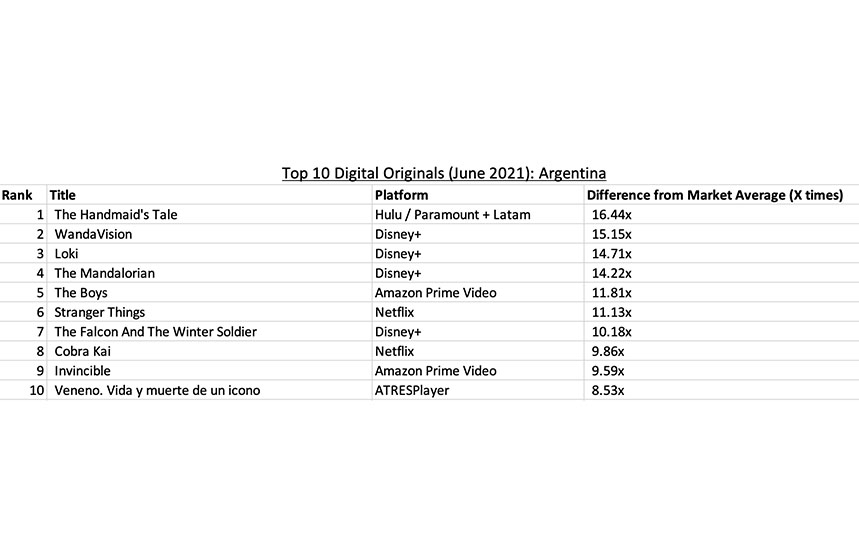