The Manager Content Sales at ABC Commercial affirmed that the company has adapted to the changes that has arisen, allowing it to test its technological infrastructures around the world. 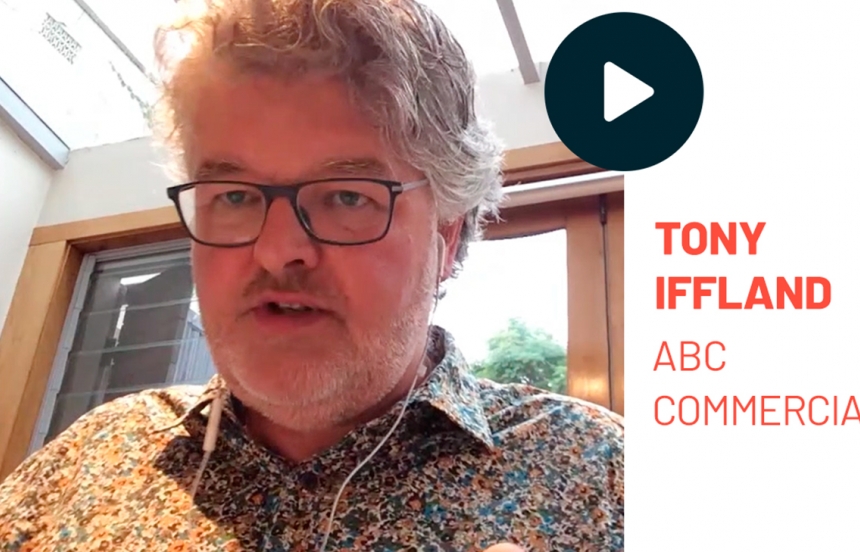 The Covid-19 pandemic has drawn a massive amount of engagement from people who are working from home and seeking more entertainment via internet, cable, and other platforms, obligating ABC Commercial Australia to adapt to the changes that have arised and allowing it to test its technological infrastructures around the world. Up until five weeks ago, the company was preparing a Spring slate that consisted mainly of MIPTV launches. However, production delays have changed the conversation between ABC Commercial and its clients, resulting in adjustments to its slate based on the clients’ necessity of demand. “It’s an evolving situation, it’s not static,” Manager Content Sales at ABC Commercial, Tony Iffland said. “I don’t think you can be smug or feel like we have the answers now because tomorrow, or later tonight, or next week, is going to throw up another issue that we're going to have to solve.”

Through daily video meetings among the sales team, ABC Commercial has discussed shifts in content focus as a result of the pandemic and sets tasks about how it will respond. Instead of only front catalog and new to market for the MIPTV launch, the slate has now been adjusted to serve the demand of clients and consumers. The team has been focusing on bringing in lighter topics to entertain viewers and provide them some sort of distraction during the crisis. “This idea that programming that is more cometic, or more lifestyle celebrating, or celebrating cultural diversity or all of those sorts of things that we all need to understand and practices the circumstance that the world is in, they are all things that we have addressed in the last five weeks, so yes, I think this adaptability and flexibility is really important,” Iffland said.

Within the last week or so, they have also set a goal to release more educational content for kids, which will educate them rather than only entertain them. “Our kids’ content always does serve a purpose for the kids, but there then is also an educational purpose, which is another step forward, I think, where you actually teach real outcomes to the kids,” Iffland said.

ABC Commercial is still working on launches for MIPTV. Although the focus is on the network’s market itself, it is working on MIPTV as the platform advertises partners and industry journal partners and building relationships through the platform. According to Iffland, the company has been taking the time to handle back-office matters during the pandemic, such as adjusting database structures, further developing its website, and changing small details, like images in brochures, etc. The company has also been dedicating time to MIPTV, as well as other platforms, using relationships with trade media and conducting interviews to inform consumers about the changes made on its slate. The situation has also presented Iffland and his partners to build a more personalized relationship with clients through targeted emails, one-on-one interactions through the screen, and a genuine concern for its clients’ safety. “We've got lots of clients in places that are very seriously affected by COVID-19,” said Iffland. “Clients in Italy, clients in Spain. clients who live in New York, Chinese clients got you everywhere is affected by this. So part of that personal relationship is a real genuine concern for those people, their health and well-being, their safety amongst all this as well, while also engaging in work things as well.”

According to Iffland, the pandemic hasn’t changed the company’s structure much but rather brought different ideas to the table. Being in Australia, he is used to working outside of business hours, but the outbreak has taught him and his colleagues are finding new ways to communicate through technological communication platforms such as Zoom and Microsoft teams. Iffland explained that distribution strategies have shifted from being able to market by passing out flyers, to having to do it electronically, as well as EDM changes, and having to discuss ideas through a screen. Iffland says that based on constant status changes regarding the pandemic, ABC will most likely continue implementing these changes in the work structure. “It’s a 3 or 4-month position, so technology might be fine in 3 or 4 months, but the human side of it where we're not having access to our team members, where our conversations have to be planned rather than just be spontaneous,” Iffland said. "You can't knock on a door and ask someone a question, you can't lean back in a chair and ask someone a question. I think we need to be very vigilant that the way in which we're working allows us as humans to work efficiently as well.”

Aside from becoming more flexible and learning multiple new skills to communicate, Iffland states that positive factors brought to the industry by the pandemic include cost-effective formats that result in strong engagement with the audience, bringing professionals in the industry back to using their creative roots to communicate with audiences, and giving people in the community a voice to speak on their real-life experience with the virus. “Those sorts of formats that could be made in an existing Covid-19 environment where it is a single person to cameras, those sorts of things show how brilliantly creative industry we can be,” Iffland reassured. “That’s it not always about the budget of the show, but the quality, it’s the quality, the idea, and how the idea is executed.” “What we can do (as an industry) is a really positive thing and it really shows the benefits of our industry in getting information to people, educating them about what are the right things to do, and entertaining them at the same time as well so as they work, their human spirit is maintained.”

By: Romina Rodríguez and Karla Florez

Those sorts of formats that could be made in an existing Covid-19 environment where it is a single person to cameras, those sort of things show how brilliantly creative industry we can be, that’s it not always about the budget of the show, but the quality, it’s the quality, the idea, and how the idea is executed” Tony Iffland Manager Content Sales at ABC Commercial, 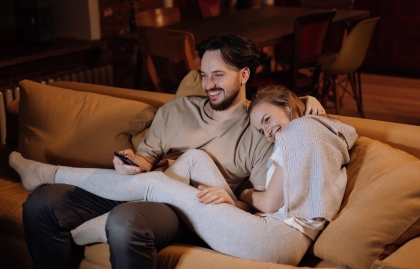 WHAT IS THE IMPACT OF LOCKDOWNS ON TV AND STREAMING CONSUMPTION? 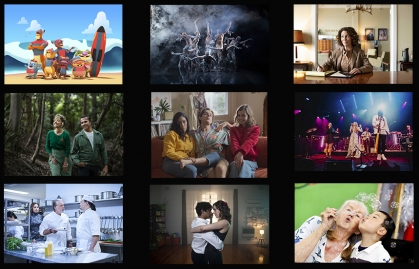